Washington Nationals' right-hander Joe Ross walked as many batters in 4 2/3 innings last night as he did in 45 innings before he faced the Los Angeles Dodgers... and Yasiel Puig hit a two-run homer and a three-run triple in the LA's 5-0 win.

The Los Angeles Dodgers' lineup was stacked with left-handers last night, hoping to take advantage of Joe Ross' early splits as a major league starter, (.297/.333/.541 vs LHBs; .161/.179/.161 vs RHBs), but it was a right-handed slugger that did most of the damage. Yasiel Puig drove in all the runs the Dodgers scored with a two-run home run and a three-run triple in LA's 5-0 win. Ross, in his eighth major league start, went just 4 ⅔, giving up six hits and five runs.

Ross allowed four walks in his time on the mound in LA, after walking four in 45 innings before he took the mound in Dodger Stadium.

"I think his command with his backdoor breaking ball wasn't as sharp, and got him in some behind-in-the-count counts..." -Matt Williams on Joe Ross vs the Dodgers

"I think his command with his backdoor breaking ball wasn't as sharp, and got him in some behind-in-the-count counts," Matt Williams told reporters after the loss.

"But he made adjustments when he needed to and again, he went out there and gave us a chance again, so I like the way he's going about it."

The Nationals' starter got a fly to center from Puig in their first matchup of the night, with two runners on in the Dodgers' second, after he issued back-to-back walks to start the frame.

The second time Puig stepped to the plate there was a runner on third with one out after Andre Ethier's leadoff triple in the fourth and a pop to center off Yasmani Grandal's bat.

Ross fell behind 1-0, then left a slider up and out over the plate that Puig absolutely demolished, sending a two-run blast soaring out to left-center.

"He made a nice pitch on him the [first] at bat and got it in there," Williams said, "but with a guy on third, tried to throw him a slider and hung it a little bit for the homer. But pitched well again. I mean, he's got a chance to get out of it with two, and it just didn't work out for him."

"Well, you know, he's not our normal right fielder for sure, but he gave it every effort and almost got it, just out if his reach." -Matt Williams on Clint Robinson missing Puig's fly to right

Puig's second big hit came in the fifth. Jimmy Rollins and Alberto Callaspo singled in back-to-back at bats to start the frame, but Ross almost got out of the jam, retiring Adrian Gonzalez and Andre Ethier before issuing his fourth walk of the night to Yasmani Grandal, loading the bases in front of the Dodgers' hard-hitting outfielder, who went the other way with an 0-1 fastball and lined it to right where Clint Robinson made an all-out effort that came up short.

"He made two really good pitches on Yasiel," Williams explained. "First-pitch fastball in that he swung through, and he threw it again and jammed him, but [Puig] fisted it in there."

Williams was asked if he thought Robinson should have made the catch?

"Well, you know, he's not our normal right fielder for sure," Williams said, "but he gave it every effort and almost got it, just out if his reach."

The ball got by Robinson, allowing all three runners to score. Ross was done at that point, having thrown a total of 89 pitches, 52 for strikes.

The Nationals came up empty against Dodgers' starter Zack Greinke, who went six innings giving up six hits and a walk but no runs in a 109-pitch effort that gave him fourteen scoreless against Washington this season and 16 total over the last two seasons. 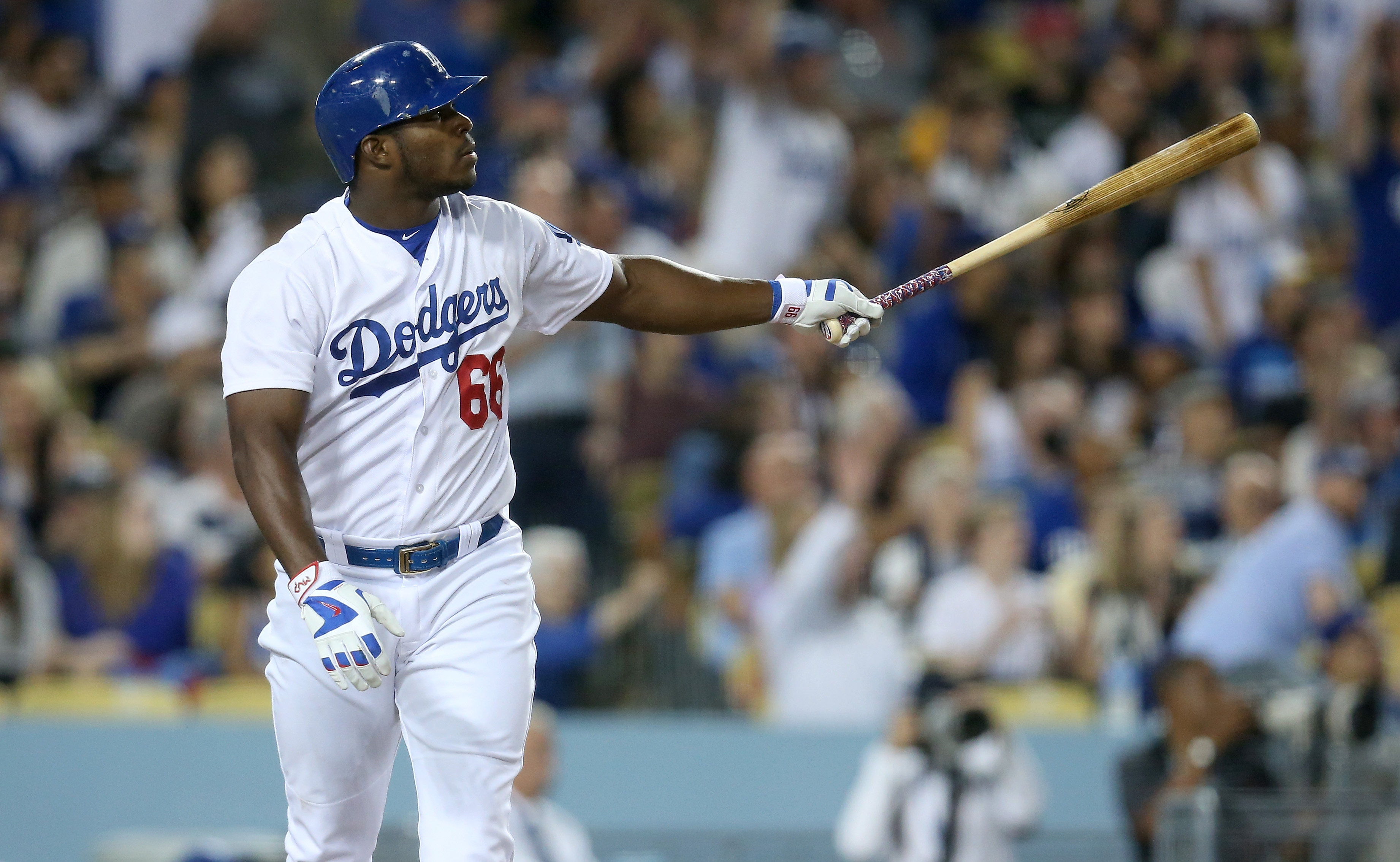 "We got some guys out there," Williams said. "He's just a good pitcher. He makes quality pitches when he needs to and he did that again tonight. Couldn't do much against him period tonight, but we had some opportunities."

The Nats went 1 for 4 with runners in scoring position against Greinke and managed just one hit off a Dodgers' bullpen that has struggled in recent weeks.

The loss set up a runner match in Dodger Stadium tonight featuring Jordan Zimmermann and Clayton Kershaw, who threw eight scoreless against the Nationals when the two teams met in the nation's capital last month, striking out 14 of the 27 batters he faced in a 4-2 win.