Los Angeles Dodgers' ace Clayton Kershaw won his seventh-straight start over the Washington Nationals last night, with eight scoreless innings on the mound against the Nats in what ended up a 3-0 win.

Nationals' manager Matt Williams talked late last September about the difficult task of facing the 27-year-old, three-time Cy Young Award-winner before Kershaw held the Nats to three hits and one earned run in eight innings of work in a 4-1 Dodgers' win.

"I think it's important for anybody to try to hit his fastball," Williams explained.

"He's big on getting ahead. And once he gets ahead, all of his secondary pitches are so good that you really don't want to hit them." -Matt Williams on facing Clayton Kershaw

"He's big on getting ahead. And once he gets ahead, all of his secondary pitches are so good that you really don't want to hit them. You want to hit the fastball. So it's a double-edged sword, because you want to swing early at the heater. He's going to get ahead with the heater. But if you don't capitalize, it can be a really quick night. So, we want to make sure we're getting good pitches to hit if we can. And look to swing early, look to be aggressive on him. And try to hit the fastball, but you don't want to get to the other stuff."

After Kershaw's dominant outing in that start, Williams said the left-hander didn't give them many opportunities to get things going.

"He's a good pitcher, but on any given day anybody can beat anybody," Williams said. "Tonight he didn't give us many opportunities. So that's why he's doing so well, because he's not making any mistakes.

"So, like I said, you've got to play a really good game to beat him and tonight wasn't the case. But he pitched really well, he's been pitching well all year."

It was more of the same when the Dodgers' southpaw faced the Nationals for the first time this season in the nation's capital last month, in an eight-inning outing in which he held the Nats scoreless, giving up just three hits and striking out 14 batters.

"Unfortunately I've seen that way too much," Williams said after the 4-2 loss to the Dodgers' ace, referring to the losses last season and the time he spent in the NL West with Arizona.

"He's a pretty good pitcher. He establishes strikes and then goes down out of the zone. I don't know how many curveballs he threw today, probably 15 of them, he may have thrown one for a ball, so that's why he's good."

"The key for any hitter is to get a mistake to hit or to get a pitch that they want to hit. Sometimes he doesn't offer that to you..." -Matt Williams on facing Clayton Kershaw

"He didn't afford us any [opportunities]," Williams continued. "The good ones don't give you much."

Before last night's series finale with the Dodgers, the former major league slugger talked to MASNSports.com's Dan Kolko about what hitters should be looking for when they step to the plate against Kershaw?

"It depends on what kind of hitter you are," he said. "It depends on what you want to hit. He's got other pitches too. He's got a pretty darn good fastball and slider and a changeup too, so if you're facing him you want to hit what you want to hit. If that's not the curveball then it isn't. If it is then it's something you can potentially look for. But the key for any hitter is to get a mistake to hit or to get a pitch that they want to hit. Sometimes he doesn't offer that to you, so that's why he's tough, that's why he's a good pitcher, because he can throw all of them for strikes and locate all of them as well."

Kershaw took a no-hit bid into the sixth before giving up a one-out double to center by Michael Taylor. He gave up three hits total on the night, striking out eight in a 101-pitch effort.

Kershaw earned his seventh straight win over the Nationals, lowering his ERA to 0.82 (5 ER in 54 ⅔) over his unbeaten streak against Washington.

The Nats dropped their second straight game to the Dodgers after winning the series opener in LA. 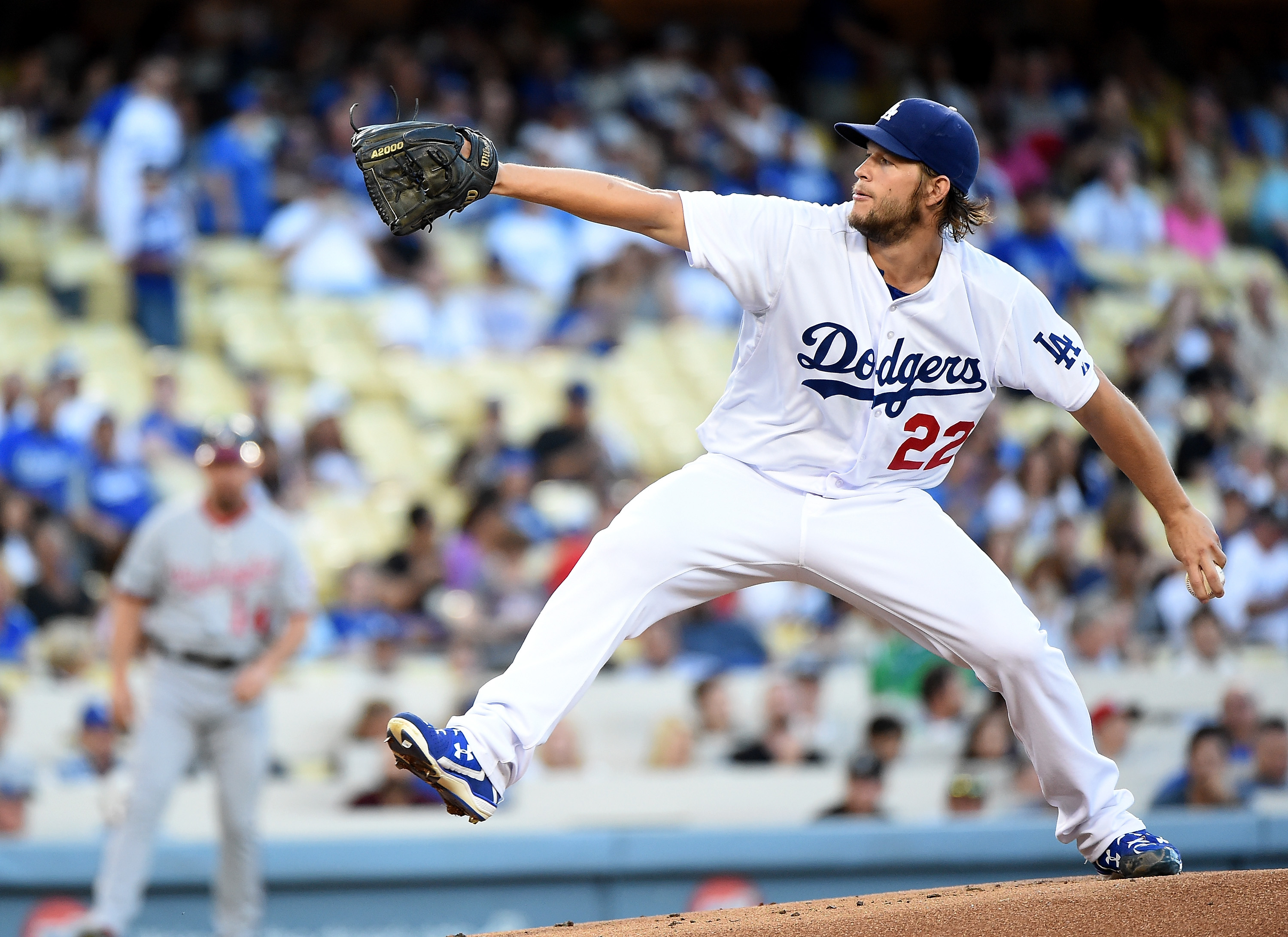 After they beat left-hander Brett Anderson in an 8-3 game on Monday night, they were shut out by both Zack Greinke and Kershaw in the second and third games of the three-game set.

The back-to-back losses, and three-straight wins for the New York Mets, left them 3.5 games back in the NL East.

So how do the Nationals move forward?

"We start tomorrow," Williams said. "We'll come prepared, get prepared to play the Giants and go from there.

"We ran into a couple of pretty good pitchers the last two days that can do that to a lot of teams, so we have to bounce back from that one and get ready for tomorrow."