Washington Nationals happy to have Stephen Strasburg back

Stephen Strasburg held the Coloradio Rockies to one unearned run on two hits in seven innings of work last night in the Washington Nationals' 4-1 win in Coors Field.

Share All sharing options for: Washington Nationals happy to have Stephen Strasburg back

After seven innings of work last night in which he gave up two hits and one unearned run in what ended up a 4-1 win in Colorado's Coors Field, 27-year-old Washington Nationals' starter Stephen Strasburg is (4-1) in six starts since coming off the first of his two DL stints this season on June 23rd.

"Through seven he had 90-ish pitches. Could have gone another. In this ballpark that's saying something." -Matt Williams on Stephen Strasburg in Coors Field

Last night, in his second start of the month against the Rockies, after he struck out 12 in seven innings in which he gave up three hits and run in a 6-1 win in D.C., Strasburg struck out just five, but dominated opposing hitters again.

Strasburg left the game for a pinch hitter with two runners on in the top of the eighth and the score tied at 1-1 and the Nationals rallied to take the lead on a two-out, two-run triple by Jayson Werth that left the starter in line for the win.

"Through seven he had 90-ish pitches," Williams told reporters. "Could have gone another. In this ballpark that's saying something. So, it worked out for us that we pinch hit for him and got the couple runs in that inning, but he could have gone back out. I think he was in command the whole game. He threw it where he wanted to, and threw well. Gave us a chance."

"When you think 'Stephen Strasburg', that's what you think you're going to get," Werth told MASN's Dan Kolko.

"And he's just being himself. He's just doing what he does. So just keep him going, everybody else keeps going, keep winning ballgames, we'll find a way to right this ship."

"Total control of the game," Nationals' closer Jonathan Papelbon added after he earned his 20th save of the season and locked down Strasburg's win. 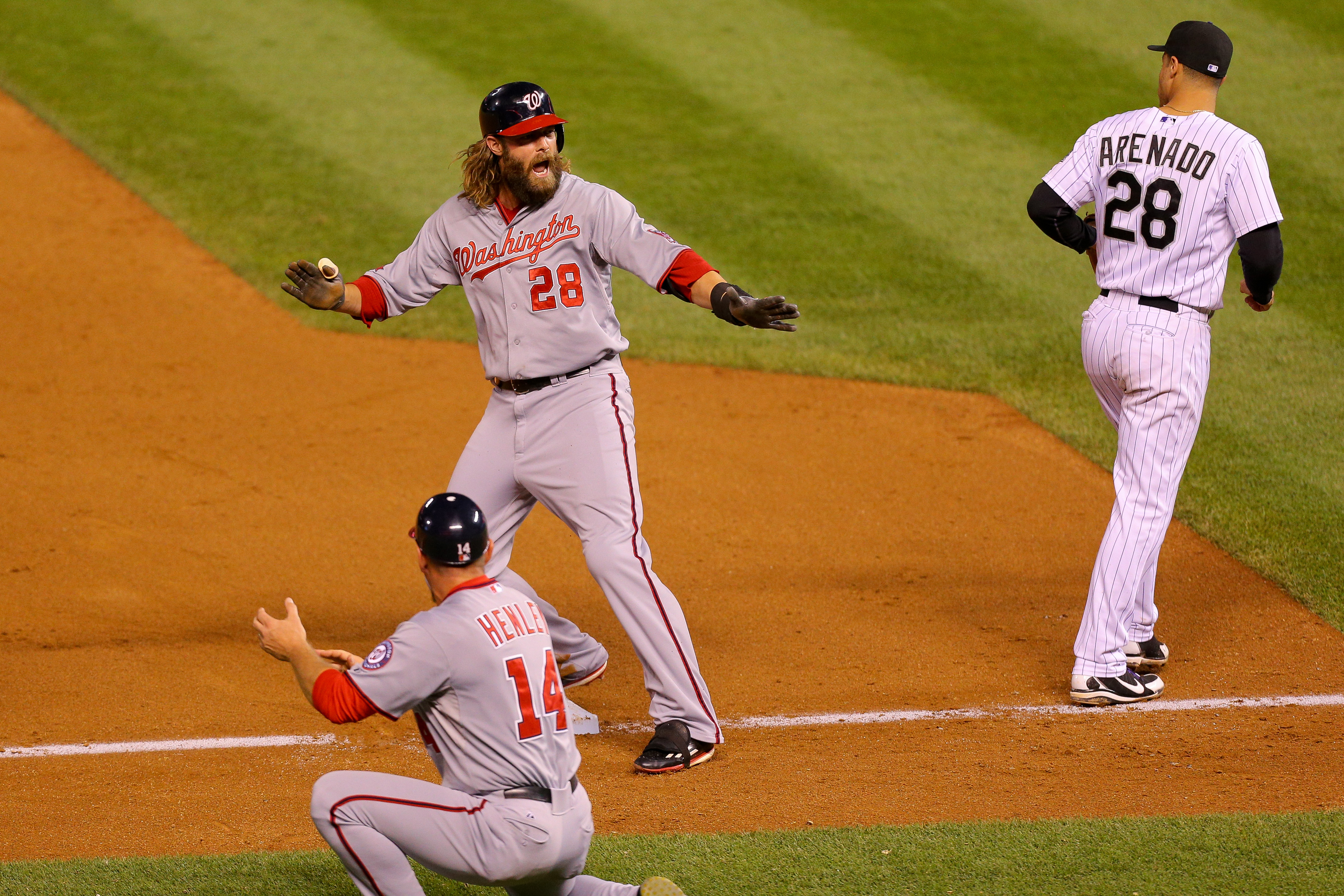 "He went out there from pitch one to the last pitch he threw it was total control of the game, knew exactly what he wanted to do out there today and he executed it."

"It's important for him to have command, one," Williams said. "And just be aggressive. Good tempo... out of the windup he's got great tempo and he's on top of the baseball, throwing it downhill. All of his pitches are working."

It was also the second of Strasburg's last three starts in which he didn't allow a walk after he issued at least one in 12 of 13 outings before this month.

"That's what you can get from him. Dominant stuff every time he goes out there. He's got the chance to do something special every time he takes the mound. So tonight was really good."