Both of the runs the Washington Nationals scored in last night's 3-2 loss to the Colorado Rockies came on one swing by 24-year-old outfielder Michael Taylor, who hit a 492.8 foot blast to center field in Coors Field.

Colorado Rockies' left-hander Yohan Flande threw six scoreless on 74 pitches last night in Coors Field. With two down in the seventh, however, he walked Ryan Zimmerman after a seven-pitch at bat against the Washington Nationals' first baseman.

Michael Taylor stepped in next, with the Nats behind 2-0, and took a first-pitch slider for a ride, sending a two-run home run 492.8 feet to center field for a two-run blast that tied things up at 2-2 in the series finale.

So what was the 29-year-old Rockies' lefty doing to that point to hold the Nationals in check?

"I was just going up there looking for a good pitch to hit and I got something up in the zone. I try not to do too much with it and just put the barrel on the ball..." -Michael Taylor on his 11th HR of the season

"Got a lot of grounders. But he established low strike. And if he can do that then he's difficult because you have to offer at it. But [Michael Taylor] put a good swing on it, got us back in the game."

"I just felt like I was kind off a little bit in the beginning of the game," Taylor said of his first two at bats against Flande, which produced a groundout and a backwards K.

"Timing was off, it was late. He mixed pretty well. His fastball, he located it."

Taylor got all of an 84 mph slider in their third matchup though, and sent it eleven-ish rows back in the left-center field seats.

"I just think he got one out, over and up," Williams said.

"[Flande] didn't make many mistakes up tonight, but that one, [Taylor] got a hold of it. So he's got power. We know that."

"I was just going up there looking for a good pitch to hit and I got something up in the zone," Taylor told reporters.

"I try not to do too much with it and just put the barrel on the ball and it got up for me."

Taylor's home run was reportedly the longest in the majors so far this season.

"What do you think when you hear that?" a reporter asked.

It was the 24-year-old outfielder's 11th home run of the 2015 campaign. A half-inning after it tied things up, however, the Rockies scored the go-ahead run, taking the series finale to avoid getting swept in their own park. 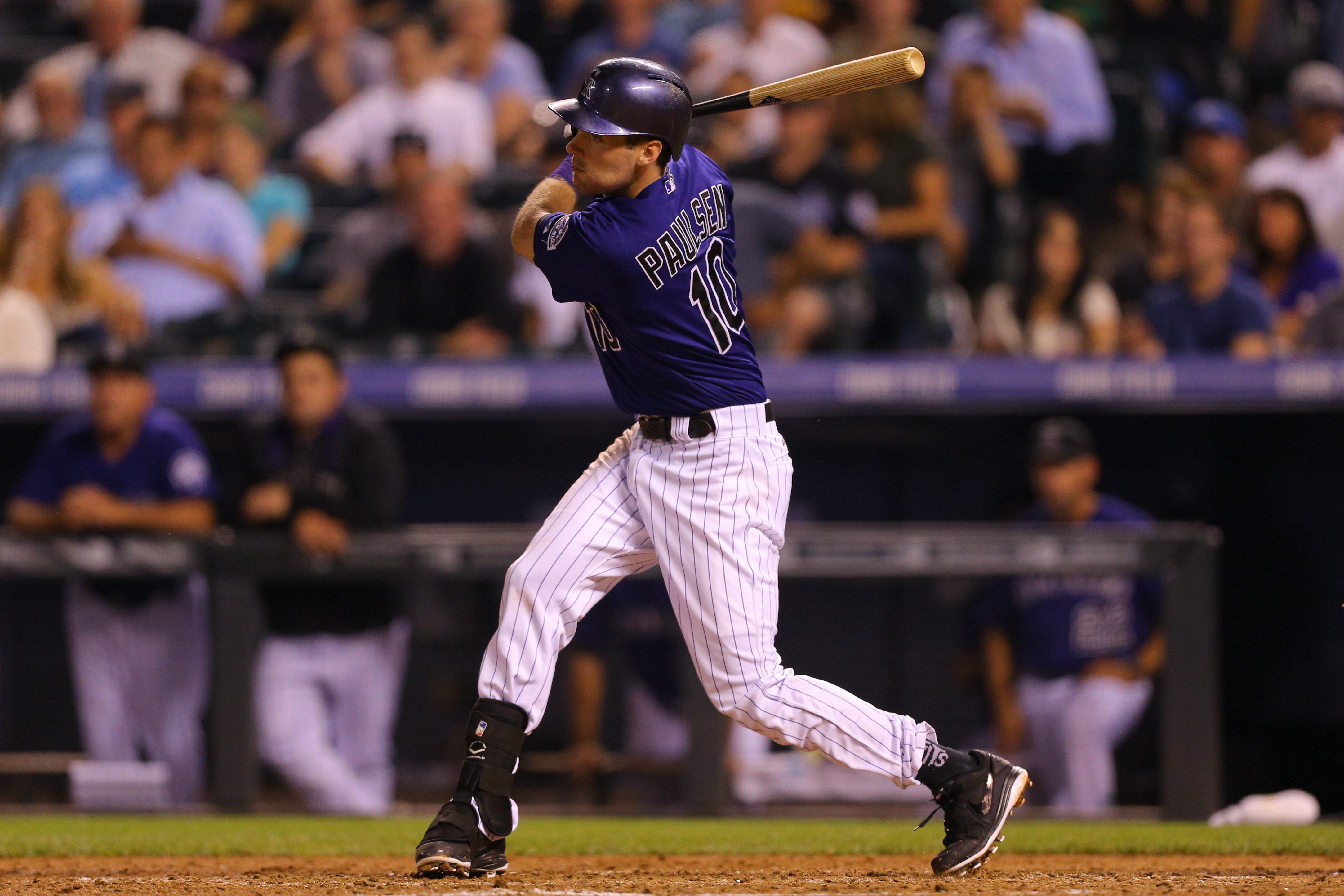 The Nationals took two of three in Coors Field, but dropped seven of ten on their 10-game road trip, leaving them at 60-60 overall on the year.

"We've got to play well," Williams said. "For the most part in the last three games we have. So, we'll take that home. We've got a number of games at home now, with the exception of three in St. Louis. But a lot of home games in our own familiar ballpark, which bodes well for us."

"I think we'll just focus on the two games prior," Taylor said. "Build off that and keep going."