Nationals' starter Jordan Zimmermann on home runs, his slider and start vs Brewers

"They punched me in the mouth in the first," Jordan Zimmermann told reporters after the Washington Nationals' win over the Milwaukee Brewers on Sunday. He gave up four runs in five-plus innings of work, but the Nats' offense came up big.

Share All sharing options for: Nationals' starter Jordan Zimmermann on home runs, his slider and start vs Brewers

The Washington Nationals' 2-1 series win over the Milwaukee Brewers was their second straight series win after they took two of three from the Colorado Rockies in Coors Field. The NL East's second-place Nationals won two straight series for the first time since... late June?

"Obviously I'm leaving the ball up a little bit and they're putting the bat on the ball. If I stay down a little more, they'll probably ground out..." -Jordan Zimmermann on giving up more home runs than usual

The Nationals also won two straight in the second and third of three with the Brewers, giving them two wins in a row for just the third time since the All-Star Break. They still haven't won a third straight yet in the second half.

While the offense came up big in the back-to-back wins this weekend, Nats' skipper Matt Williams said the Nationals' starters have come through too in recent games.

"Today, the offense really picked [Jordan Zimmermann] up," he continued. "He pitched well, but they got some off of him, so those are the two there.

"The outing by [Stephen] Strasburg, Colorado. It starts with the guy that takes the bump in the first inning for us.

"They're pretty good pitchers, so if we can manufacture, if we can get some runs for them it lets them settle in."

Zimmermann gave up eight hits, two home runs, and four runs total in 5 ⅔ innings against the Brewers, earning the decision in the Nationals' 9-5 win in spite of his less-than-stellar outing.

"It was terrible. It was backing up. I probably threw four or five good ones all game, and the other ones were just spinning and staying middle..." -Zimmermann on his slider vs the Brewers on Sunday

Williams said the long balls Zimmermann has allowed weren't really a concern for him, since circumstance and mile-high air played a part in a few of the home runs he surrendered in his last two starts.

"The last time out in Colorado," he said, "the curveball to give them their last run, that's a product of the environment.

"Today, it's a larger lead and he doesn't want to walk anybody, so, on a 3-2 pitch [to Scooter Gennett], he doesn't want to try to fool anybody, in that regard, he's going to make them earn it and they did, hit a homer, so it's the way the game goes sometimes too, but I'm not worried about him at all."

"Obviously I'm leaving the ball up a little bit and they're putting the bat on the ball," Zimmermann told reporters.

"If I stay down a little more, they'll probably ground out and just one of those things that's happening."

On Sunday, the 29-year-old right-hander admitted, he wasn't particularly sharp, giving up a two-run home run on a hanging slider to Jonathan Lucroy in the first, the homer by Gennett and an RBI double by Elian Herrera before he was lifted in the sixth.

"Definitely not my best," he said. "Didn't have my best stuff. They punched me in the mouth in the first. Kind of woke up after that. I was doing okay for a few innings and we started scoring some runs, 3-2 [count], and obviously I'm going to throw a heater to Gennett there and hits a homer, but other than that, they made me battle, I threw a lot of pitches, and obviously the pitch count was way higher than I wanted it to be." 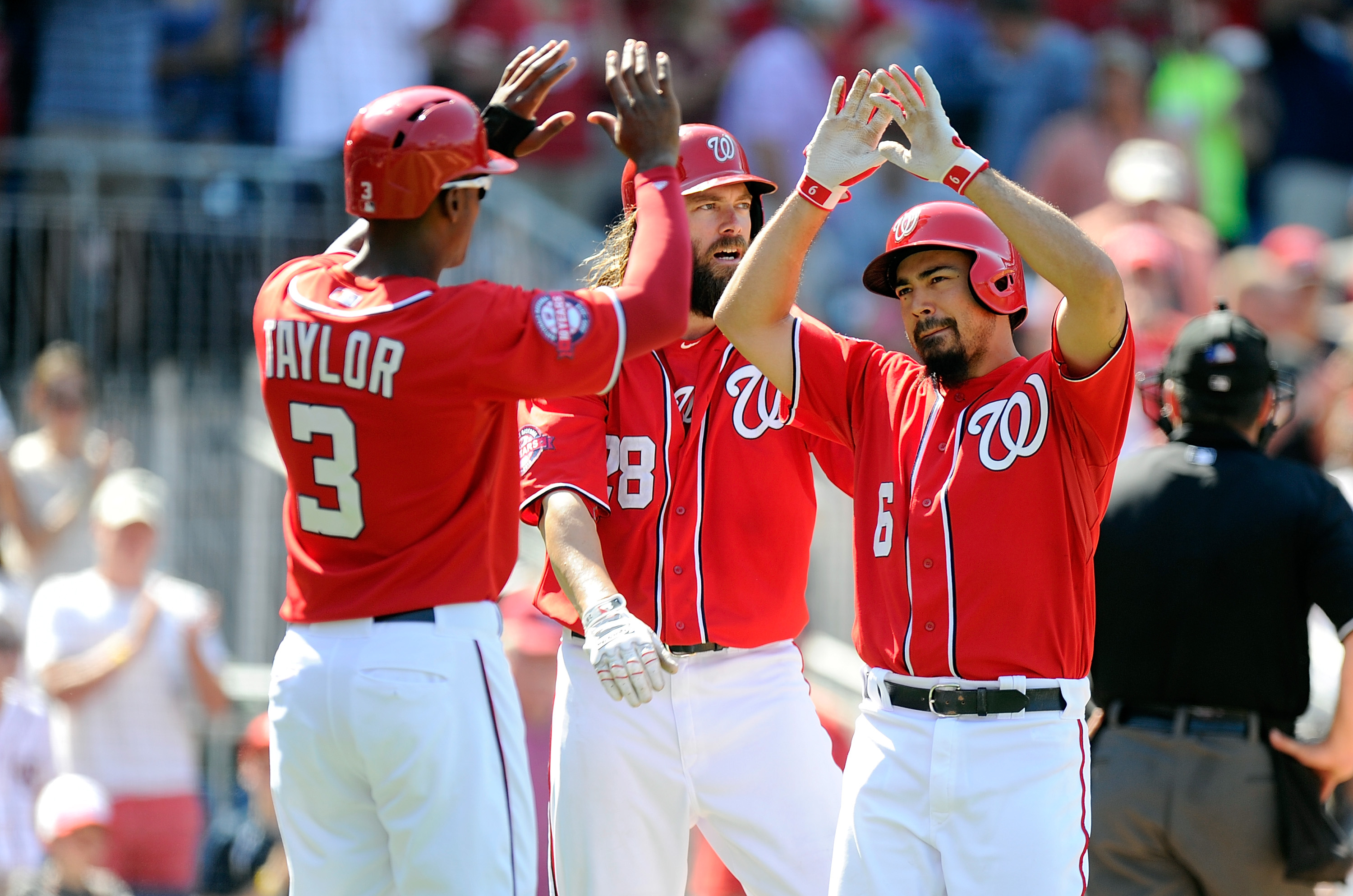 Zimmermann was up to a season-high 116 pitches when he was done for the day, 80 of them fastballs, since he said he wasn't feeling his breaking balls on Sunday.

The slider, Zimmermann said, "... was terrible. It was backing up. I probably threw four or five good ones all game, and the other ones were just spinning and staying middle and the only thing I really had was the fastball. I threw a couple good curveballs, one to [Ryan] Braun that struck him out, but it was definitely a battle for me tonight."

He wasn't, however, worried about the fact that he doesn't have a feel for his slider right now.

"I just hope it comes back," he said. "It's left me before and it always come back, so I'm not too concerned right now."