Share All sharing options for: Stephen Strasburg and the Nationals keep rolling in 8-3 win over Padres

Stephen Strasburg's six-inning start against the San Diego Padres on Tuesday night in the nation's capital was his eighth straight outing in which he allowed two earned runs or less, going back to May 23rd in Philadelphia.

He did, however, spend close to two months on DL during two separate trips to the Disabled List in that span, but since he returned from his first stint, the '09 no.1 overall pick has been a different pitcher than he was when he struggled at the start of the 2015 campaign.

"The fastball down command was good tonight. Threw a lot of balls at the bottom of the strike zone, a lot of fastballs." -Matt Williams on Stephen Strasburg vs the Padres

"Health is a big key. If he feels good when he's out there, then he's able to let it go. I mean, I don't know how many balls he threw at 98 mph tonight, but quite a few of them. Sat 95-97. Just means he feels good. And we're happy to have him take the mound for us."

Brooksbaseball.net had Strasburg's four-seamer sitting at 97.1 mph and going up to 99.

Stephen Strasburg averaged 96.8 mph with his fastball on Tuesday, his fastest avg velocity since June 2, 2012 (97.3 against Braves)

Williams said it was the fastballs low in the zone, in particular, that were the key for Strasburg against the Padres.

"I thought that, for me, the fastball down command was good tonight," Williams explained.

"Threw a lot of balls at the bottom of the strike zone, a lot of fastballs. And when he does that, breaking balls open for him, changeups open for him."

"He was commanding the baseball, throwing it where he wanted to."

"If you live up in the zone, around the belt and stuff like that, they're going to hit a couple... like the pitch that Gyorko hit out..." -Stephen Strasburg on start vs the Padres in Nats Park

Strasburg struck out seven of the 21 batters he faced, induced five ground ball outs and just one flyout. He retired 15 straight batters after he gave up a two-run home run by Jedd Gyorko in the second and was lifted after the Nats went ahead 8-2 on Ryan Zimmerman's grand slam in the bottom of the sixth.

"I just try and hit my spots and get weak contact," Strasburg said when asked about the grounders. "I can't really control whether they hit a fly ball or a ground ball."

Working low in the zone, he said, was ideal.

"If you live up in the zone, around the belt and stuff like that, they're going to hit a couple and like the pitch that Gyorko hit out, I was trying to go down and away and it came back over the plate and he put a good swing on it."

The home run was one of just two hits Strasburg allowed in his six innings in Nationals Park.

The Nats put their expected everyday lineup on the field for the first time this season, but as Strasburg said, he can't worry about who's playing behind him when he takes the mound.

"Obviously we've been scuffling with injuries, but as a starting pitcher you can't really worry about who's in the lineup. 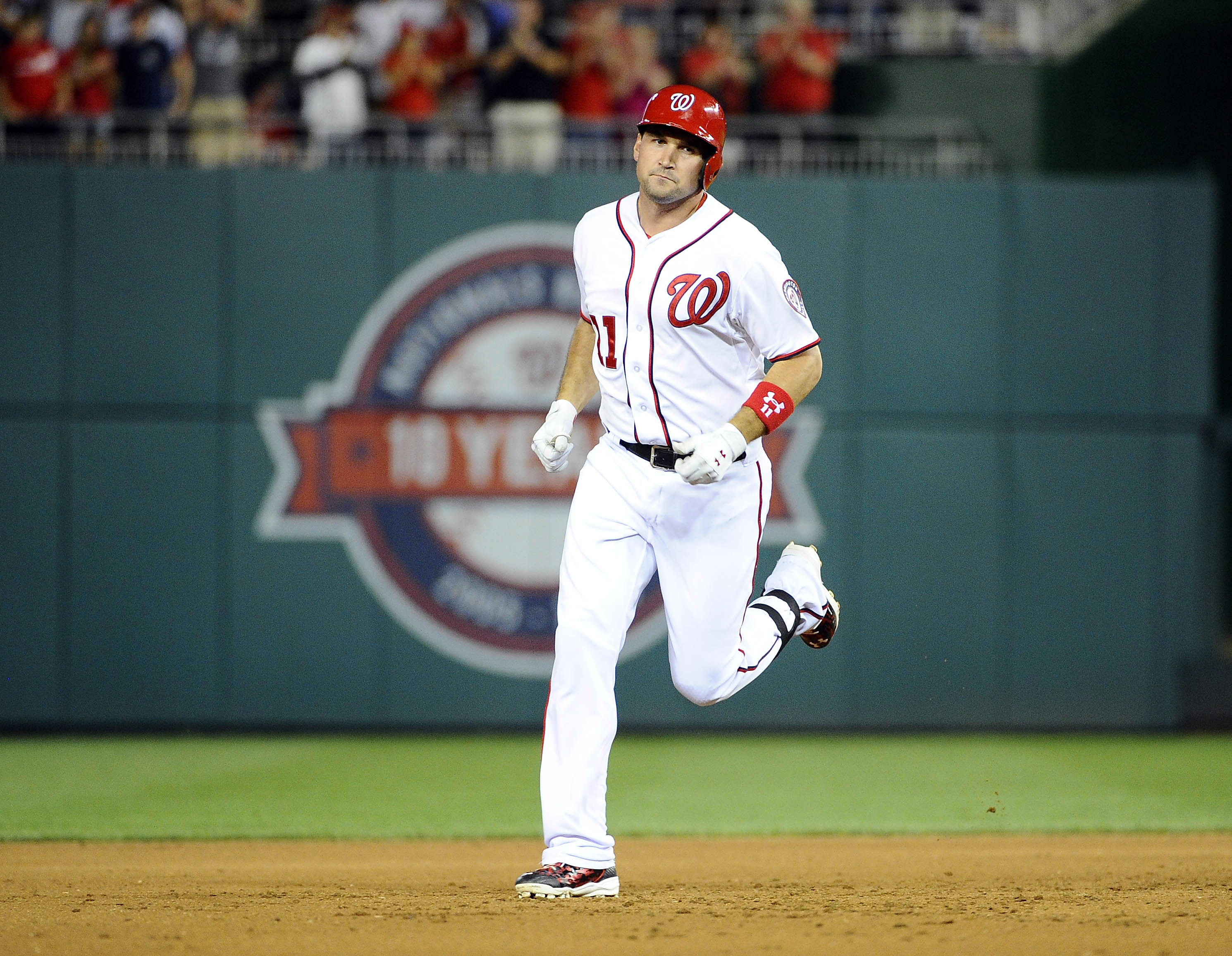 "You've just got to have faith that whoever is out there playing behind you is going to get the job done and you've got to focus on your job of keeping it close and giving them an opportunity to win the game."

With the win last night, the 27-year-old right-hander has won three of four since returning from his second DL stint, and earned wins in five of his last eight outings overall.

Strasburg too was asked what's been different in his recent starts?

"No difference," he said.

"I'm just going out there with the same game plan and trying to focus on hitting my spots and using all my pitches.

"[Wilson Ramos] has been calling great games and the bats seem to be coming alive a little bit, so hopefully we can keep that rolling."