Matt Williams said pretty much the same thing after the Washington Nationals were swept by the New York Mets this weekend as he said after the Nats took two of three from their co-leaders in the NL East last month in D.C.

Share All sharing options for: Nationals try to recover from sweep in New York during homestand in Washington

The Washington Nationals took two of three games from the New York Mets when they played in the nation's capital between July 20-22nd with the top two teams in the NL East splitting the first two before a late rally in the third game of three gave the Nats the series.

The Mets lined their rotation up with an eye on chipping away at the Nationals' lead in the division, but the defending NL East Champs went into the series in D.C. with a 3.0 game lead and finished it 3.0 games ahead of their chief competition for the division crown. So how big was the win in the finale of the three-game set?

"The [2-2] curveball to Grandy, got it just up in the strike zone and then Murph got a fastball out, over and Duda got a fastball up in the zone..." - Matt Williams on Mets' three home runs off Zimmermann

"It's a win for us," Matt Williams said. "Just like any other one. And the fact that we get a chance to come back in a game like that shows that we don't give up and if we create opportunities for ourselves then we can come through."

Nationals' starter Jordan Zimmermann was a little more open about what the win meant for the Nats.

"It was big," he said. "They got their big three going against us and for us to win two out of three was definitely big and we're going to see them in a couple of series, up at their place and hopefully take two more."

It didn't go that way, of course.

The Mets swept the three-game series in Citi Field in fairly convincing fashion with their big three starters keeping the Nationals' struggling offense in check throughout the weekend.

Last night, a big three-home run, five-run inning against Zimmermann in the third provided all the offense New York needed over a five-pitch stretch.

Curtis Granderson homered on a hanging 2-2 curve, Daniel Murphy crushed a first-pitch fastball and Lucas Duda turned a fastball inside around for a two-run blast.

"The [2-2] curveball to Grandy, got it just up in the strike zone and then Murph got a fastball out, over and Duda got a fastball up in the zone, so [Zimmermann has] been missing a little bit and they made him pay for it," Williams told ESPN in an in-game interview.

"We're excited," Collins said. "We know we've got 50-some to go, and we've got to play those guys six more times but this is a huge weekend for us." -Mets' skipper Terry Collins on sweep of Nationals

The Nationals couldn't recover. Mets' starter Noah Syndergaard gave up a solo home run by Anthony Rendon in the second at bat of the game and another homer by Yunel Escobar in the sixth, but limited the damage to those two runs over eight innings of work, following up on the solid starts by Matt Harvey in Friday night's 2-1 win and Jacob deGrom's outing in Saturday's 3-2 win.

"It's huge," Mets' skipper Terry Collins said of the sweep. "Again, we know all those things. We've talked about it -- don't talk about it with the players, they've got to play. We talk about it as a coaching staff about how we've got to get them prepared and how we go about things. That's why we looked into the break and right before the break, and said, hey we come out of the break we can set up our rotation so that these guys pitch it and I don't mean to disregard the St. Louis Cardinals or the San Diego Padres, Jon Niese has been pitching very well, [Bartolo Colon] has been pitching good, but we thought those three guys had to pitch in these six games and we come out of it in good shape."

The Mets lifted themselves into tie for first with the three-straight wins over the Nats.

"We're excited," Collins said. "We know we've got 50-some to go, and we've got to play those guys six more times but this is a huge weekend for us. We came in, we've been looking forward to coming out of the break -- we knew we had to play them six times and we let one get away there, we let a game get away the other day here, but in the big scope of things this was a great homestand with the way we finished it."

Williams said much the same about the losses in New York as he did about the series win in D.C.

"They got three really good pitchers they threw at us," he told reporters, including MASN's Chris Johnson. 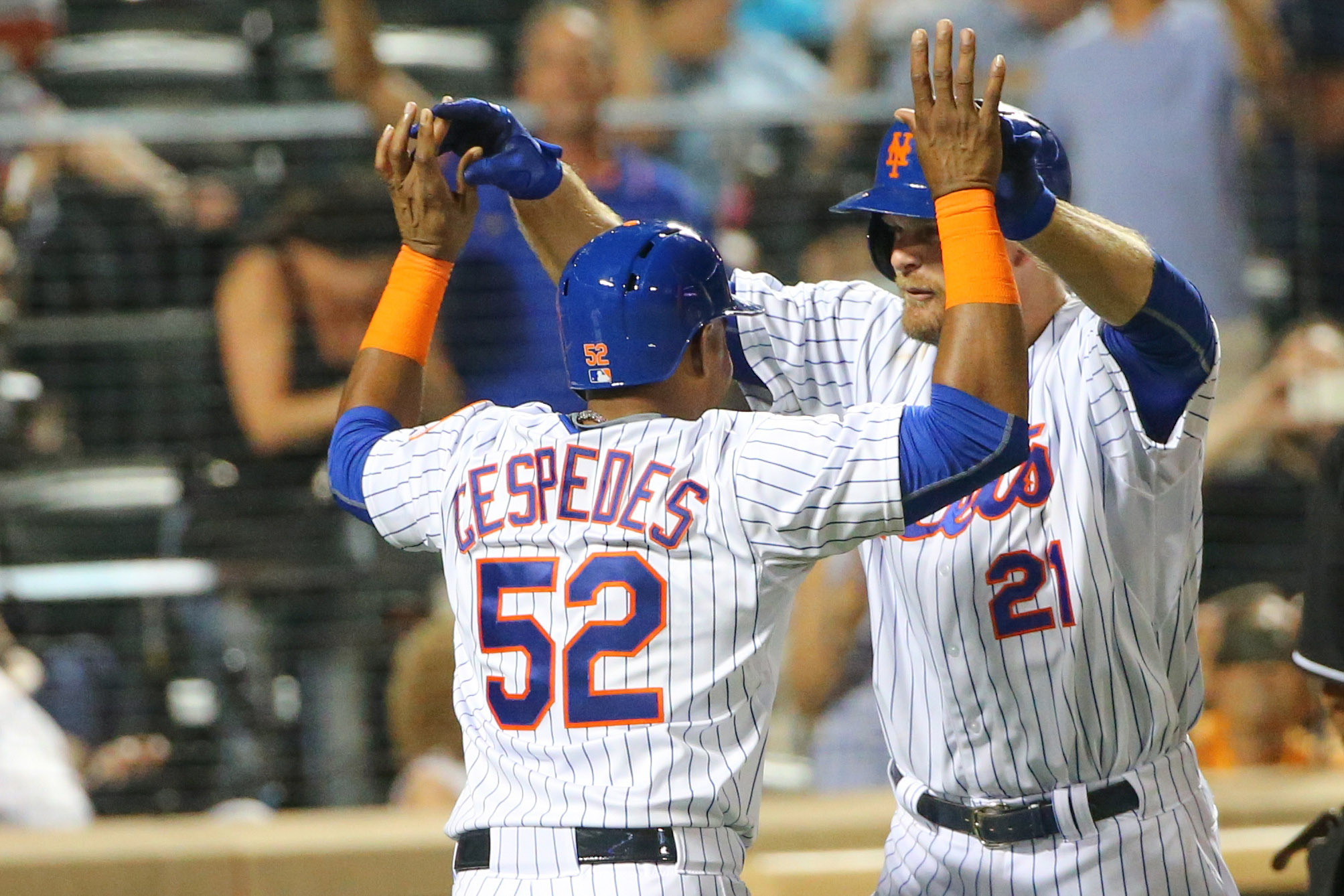 "They swung the bats extremely well. They're playing well. Lost opportunity? I don't look at it that way. We're now in position to move forward for the last 60-ish games and see what we can do.

"We start tomorrow. We start with our homestand and getting back on our home turf and starting to win ballgames. It starts tomorrow. That's as far ahead as we look."

The Nationals fell to 26-30 on the road this season with the losses. They start a seven-game homestand against the Arizona Diamondbacks (50-53) and Colorado Rockies (44-59) tonight in Nationals Park, where Washington is 28-19 so far this season.