Ryan Zimmerman has missed significant time again this season, but since he came back from the DL in late July, the Washington Nationals' 30-year-old first baseman has started to look and swing like himself again.

With his 434 foot homer last night in Washington's 5-1 win over the Miami Marlins, veteran Nationals' first baseman Ryan Zimmerman had a six-game RBI streak with hits in five of six games, over which he's 6 for 21 (.286/.320/.762) with a double, three HRs and eleven runs batted in.

"If it's middle of the diamond for him, he's on. I think his timing is there and it's evident tonight driving the ball to right-center field." -Matt Williams on when Ryan Zimmerman is going right

Zimmerman's home run last night was his third in the last five games. The first of the three was the grand slam he hit out to right-center and over the out-of-town scoreboard in the Nationals' 8-3 win in the series opener with San Diego.

Nats' skipper Matt Williams told reporters after the 8-3 win over the Padres that he'd seen signs of Zimmerman getting it together at the plate before the big blast.

"I can look back a couple of games," Williams said.

"He just missed three balls the other night. His success comes when he's hitting the ball to the middle of the diamond and when he's driving baseballs.

"So he missed three, he hit a ball off the wall for a double on Sunday and again tonight, so if it's middle of the diamond for him, he's on. I think his timing is there and it's evident tonight driving the ball to right-center field."

Williams also noted that it was important for Zimmerman to come up with the big hit that turned a 4-2 lead into an 8-2 lead and earned the infielder an ovation from the fans in the nation's capital, who didn't stop cheering until Zimmerman came out of the dugout.

"He's feeling good up there. I think his foot's been okay, and that helps, and he's driving the ball to the middle of the diamond, which is key for him." -Matt Williams on Ryan Zimmerman at the plate

"Good atmosphere," Williams said. "Nice curtain call for Zim. It's been a long season for a lot of those guys, not being able to play, so it's a good feeling."

Zimmerman followed that game up with an 0 for 3 night in which he drove in two runs with a groundout and a sac fly.

In his last three games, he's gone 4 for 11 with two home runs including last night's bomb.

"I think he's swinging it good," Williams told reporters after the 5-1 win over the Marlins.

"He's seeing it well. He missed a curveball tonight and hit it to short, but he was on that one too. He's feeling good up there. I think his foot's been okay, and that helps, and he's driving the ball to the middle of the diamond, which is key for him."

Zimmerman talked with reporters earlier this week, after the Nationals fielded their expected everyday lineup for the first time this season, and before Denard Span ended up back on the DL, about the importance of having everyone available down the stretch.

"The guys that filled in for all of us that have been hurt have done a good job," he said, "Now we do have everyone back and hopefully we can get some momentum and keep playing like we have the last week or so." 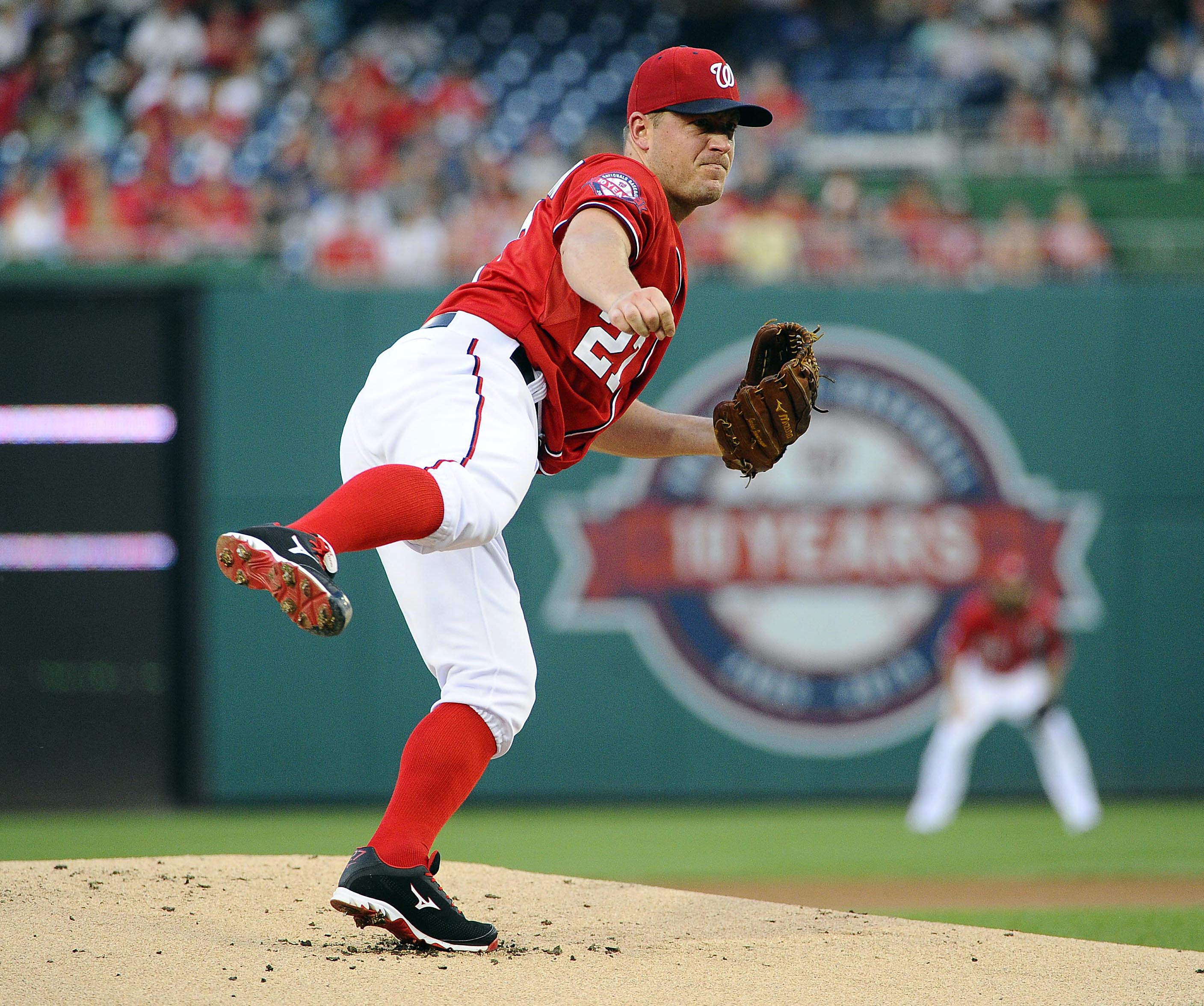 "The beginning of the year, like everyone said, we have a lot of good players, a good player at every position and a guy that's capable of doing some special stuff with the bat as well, so to have everyone back and be able to see that is nice. That doesn't mean we automatically score runs every game, we still have to go out there with a good approach and grind out at bats, but it's nice to have everyone."

And it's nice to have Zimmerman hitting like he has in the past over the last few weeks as the Nationals fight the odds and try to catch the NL East-leading New York Mets.