Stephen Strasburg had a recurrence of the upper back issue which bothered him earlier this season, so the Washington Nationals pulled the plug on the 27-year-old right-hander's outing against the Miami Marlins this afternoon after four innings and 60 pitches.

Share All sharing options for: Nationals' Stephen Strasburg leaves start vs Marlins with upper back tightness

When Stephen Strasburg dealt with an upper back/neck issue that led to a DL stint earlier this season, Nationals' GM Mike Rizzo talked in an interview on 106.7 the FAN about the series of events which led to the problem which began with an ankle sprain in Spring Training.

"The ankle injury back in Spring Training kind of altered his mechanics," Rizzo said, "and altering [his] mechanics kind of affected his back a little bit where he has a little knot in his back the last couple of starts."

"It's just something that I kind of dealt with in the middle of year. It's got just some sort of little ball that's kind of in the back there that can't really figure out what it is." -Stephen Strasburg on back issues in today's start

It was that "little knot" in his back that led to Strasburg leaving this afternoon's outing against the Miami Marlins after just four innings and 60 pitches.

Nats' skipper Matt Williams told reporters after the game that there was clearly something wrong, with Strasburg's fastball velocity down from 97 mph average in his last start to 94.1 mph today.

"I think he was battling out there," Williams said. "I think he had some discomfort in his upper back, so a little bit of a recurrence of the [issue from] earlier in the year. So, velocity came down a little bit today, so we got him out of there. Certainly had more pitching to do, but last thing we want to do is change mechanics. We can't go there."

"Just a little bit of back tightness," Strasburg said.

"It's just something that I kind of dealt with in the middle of year. It's got just some sort of little ball that's kind of in the back there that can't really figure out what it is.

"Sometimes it gets upset, and tried to battle through it and offense came through today and picked me up."

"I think it's just something that I'm going to have to just grind through and get through the year and figure out exactly what it is in the offseason." -Stephen Strasburg on recurrence of back issues

The Nationals battled back from a 3-0 deficit early to take a 7-4 decision from the Marlins with Doug Fister, Felipe Rivero, Drew Storen and Jonathan Papelbon shutting Miami down after they scored four on Strasburg.

Strasburg said he had felt a little issue with the back again after his previous outing.

"I felt it a little bit after the last start, but with normal treatment and stuff it went away," he explained.

"It's something that's really hard to explain, you know, it's not really like a muscular thing, it's just like this little ball that's there and it kind of just affects everything around it.

"So, the biggest thing right now is just to get it calmed down the next couple of days and hopefully make the next start."

Asked if he thought the problem might lead to a DL stint, Strasburg said, "I wouldn't jump to that conclusion."

"Last time it kind of crept up, it was literally, we got the treatment and within one to two days it felt normal, so I think it's just something that I'm going to have to just grind through and get through the year and figure out exactly what it is in the offseason." 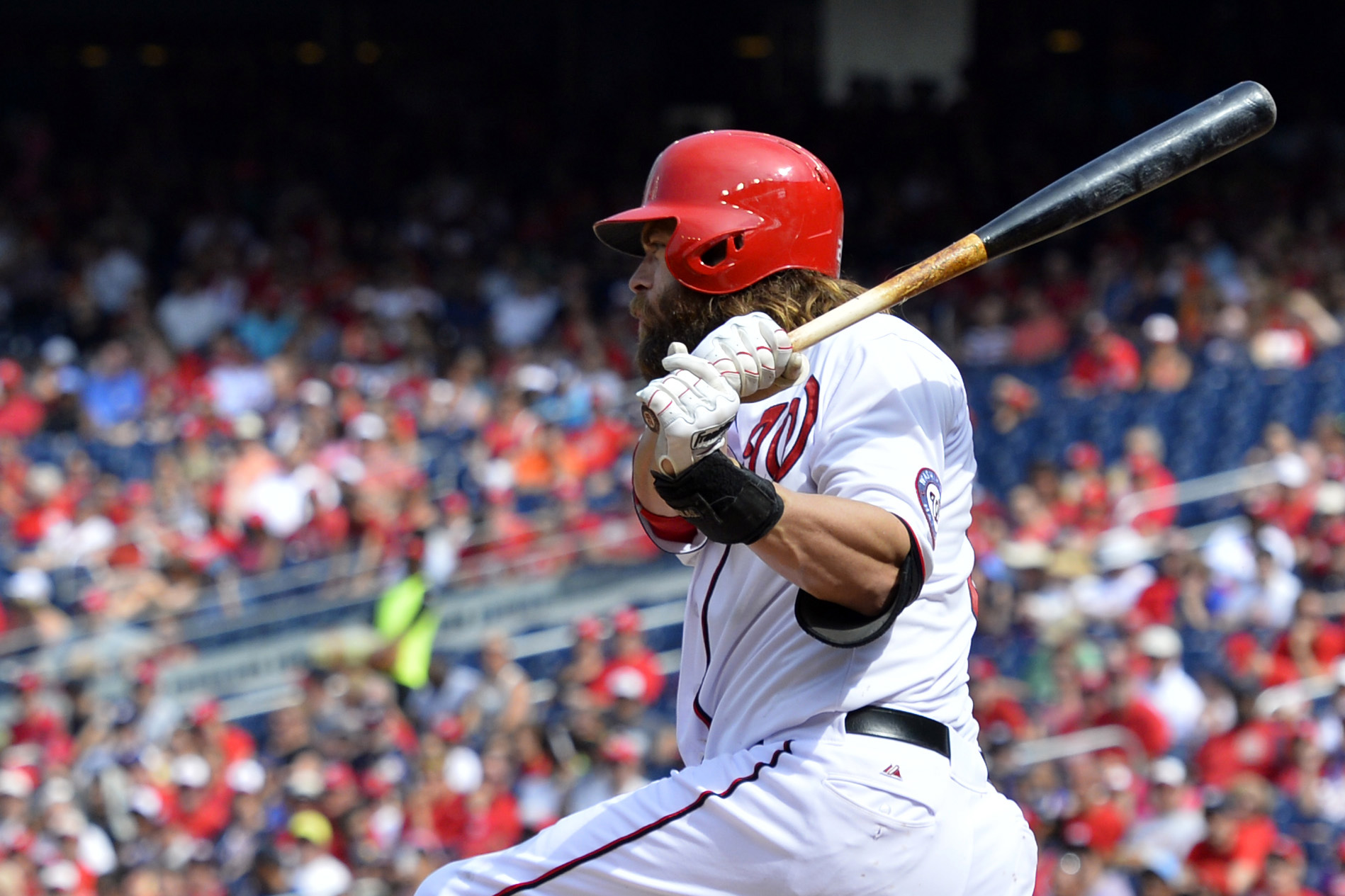 "Don't know yet," Williams said when asked the same. "We've medicated him. We'll see how he is. But at this point we don't have an idea on that yet."

He did, however, say that it did take a little coaxing to get Strasburg to say that something was wrong.

"Of course with any player it's a little bit of prodding that has to be done," Williams explained, "cause everybody's, 'I'm good,' that's the nature of a player, but you can tell with your eyes.

"Velocity coming down a little bit. Feel for the breaking ball and the changeup just wasn't there and looking uncomfortable, so we'll give him some medication and see where he is in a couple of days here."