FOXSports.com's Ken Rosenthal wrote today that the Washington Nationals, "...should not be ruled out on [Ian] Desmond." Is there any chance, at this point, that Desmond stays in the nation's capital beyond the 2015 campaign?

Nationals' shortstop Ian Desmond had a good sense of humor about his rare three-walk game in the series finale with the Miami Marlins on Sunday, which was just the second three-walk game of his seven-year career.

Washington's 29-year-old infielder tweeted a picture of a pig flying after the game, a 7-4 win in which he was 1 for 1 with the three walks and a run batted in. Desmond's RBI single gave him hits in four straight and eight of his last 10.

He's been impressive enough, FOXSports.com's Ken Rosenthal wrote in an article this afternoon, that Desmond might just have reestablished himself as he heads toward free agency this winter:

"Nationals shortstop Ian Desmond had a .589 OPS and made 20 errors before the All-Star Game, raising questions about how he might fare in free agency at the end of the season.

"Well, Desmond has turned around his season since the break, producing a .902 OPS and making only three errors."

Rosenthal lists the Padres, Mariners, Mets, Diamondbacks, Twins and Yankees as teams interested in adding to their infield this winter, with the first five in the market for shortstops.

NY's AL club, Rosenthal writes, could potentially, "... sign Desmond to play short or second base (Didi Gregorius is superior to Desmond at short according to advanced defensive metrics)."

"He's a true leader of the Washington Nationals, and loyalty is a two-way street and I'm extremely loyal to Ian Desmond, I have been his whole career and he is towards us." -Mike Rizzo on sticking with Ian Desmond when he struggled

But, Rosenthal adds, "The Nationals also should not be ruled out on Desmond."

Should Washington allow Desmond to walk, the Nationals have Trea Turner, acquired this winter and considered to be close to major league ready as an everyday player, Danny Espinosa, who's shown significant improvement at the plate this season and has always been a solid defender with a strong arm, and even Yunel Escobar, who struggled defensively at short in 2014, but was dealing with injuries, as potential replacements.

They also have infield prospect Wilmer Difo in the minors as well, who has played both second and short throughout his career.

So would the Nationals actually consider signing/re-signing Desmond, and if so why, especially with Turner so highly-regarded?

"Some scouts question whether Trea Turner has enough arm strength to play short, and believe he is better suited for second," Rosenthal writes.

So if Desmond leaves, and the Nationals don't project Turner as their future shortstop, would bringing Desmond back make sense?

Could the Nationals bring Desmond back to play short? There were reports that the veteran infielder turned down a seven-year, $107M offer from the Nationals in 2013 before signing a 2-year/$17.5M deal.

The Nationals have shown loyalty to Desmond this season, when he struggled, continuing to send him out there day after day until he started to turn things around.

In discussing why he had faith in the shortstop, before Desmond really turned the corner, General Manager MIke Rizzo told MLB Network Radio hosts Mike Ferrin and Mike Stanton he believed in Desmond's abilities. 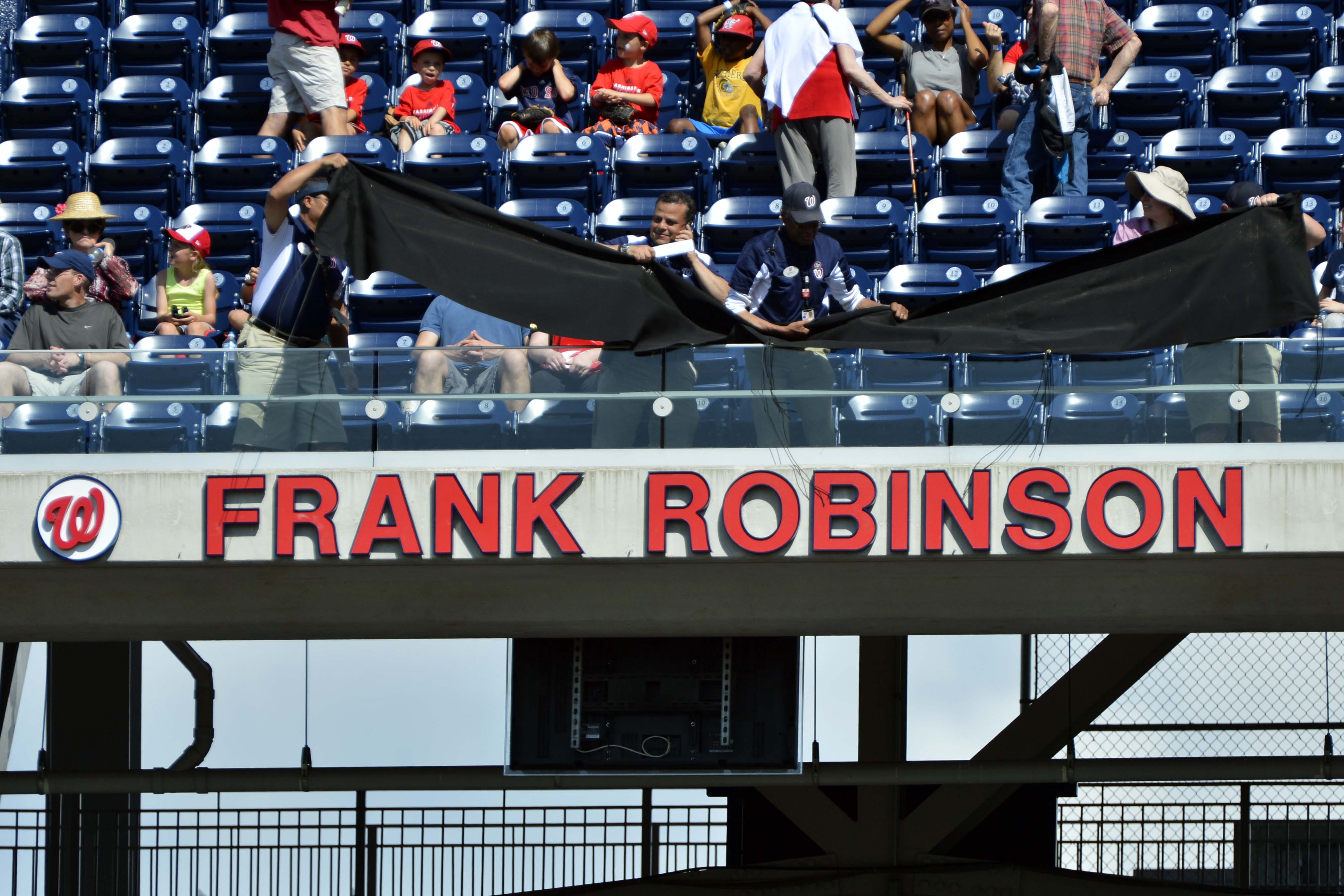 "He's a guy that has a track record," Rizzo explained, "and as we project down the road in each and every offseason, we've projected him to be an impact guy for us and we're still confident that he will get things going and become an offensive and defensive threat for us that we can count on later on in the season."

He's also, Rizzo said, a player you can reliably put in the lineup every day, knowing he'll show up in a positive mood, regardless of how things are going and go out there if at all possible and grind away at his job.

"He's a true leader of the Washington Nationals," Rizzo concluded, "and loyalty is a two-way street and I'm extremely loyal to Ian Desmond, I have been his whole career and he is towards us. We love the guy."

Are the Nationals loyal enough, and do they love Desmond enough to give the 29-going-on-30-year-old infielder the sort of big-money, multi-year deal he was looking for when he turned down $15+ million a year over seven years?