How do the Washington Nationals get production out of the shortstop position? Do they keep running Ian Desmond out there? Do they start working Danny Espinosa in more regularly? Or do they call up their top infield prospect?

Before the Washington Nationals' lineup for Wednesday night's game against the visiting Arizona Diamondbacks was announced, General Manager Mike Rizzo talked to 106.7 the FAN in D.C. hosts Grant Paulsen and Danny Rouhier about getting shortstop Ian Desmond on track, getting Danny Espinosa more regular at bats and whether there's a chance of seeing top infield prospect Trea Turner in D.C. this season?

Desmond collected hits in three straight games in the second and third of three with the New York Mets in Cit Field and the series opener with the D-Backs in the nation's capital, but an 0 for 4, three K night at home in Nats Park on Tuesday left the 29-year-old infielder with a .214/.261/.354 line on the year.

"You're not going to get to the back of the baseball card in one game or one at bat. This is a process. You have to take slow and careful increments..." -Mike Rizzo on Ian Desmond getting back on track

Both Rizzo and Nationals' skipper Matt Wiliams have talked often about running Desmond out there and trusting that he'll get things going eventually and be the player they need him to be, offensively.

"But how exactly does that work?" Rizzo was asked. "How do you get Desmond back to being the player on the back of his baseball card?"

"It's different for each and every player," the one-time scout, scouting director, assistant GM and General Manager explained.

"And to that point specifically with Desi, you're not going to get to the back of the baseball card in one game or one at bat. This is a process. You have to take slow and careful increments in trying to get better to kind of gauge yourself and judge yourself in a different way in a very micro-type of evaluation process.

"It's at bat-by-at-bat: Have I improved that at bat? Am I grinding the at bat? Did I give at bats away? I think that's how he's going to get back on track.

"Like I said, you can't try to hit a six-run home run every time up or try to add twenty points to your batting average each and every at bat. It just doesn't work that way. It puts you in a deeper hole and it makes you press even more.

"I think he has to relax a little bit and just play it day by day by day."

So how do you determine when you've reached the point at which continuing to run him out there doesn't work?

How do you work Danny Espinosa, who, before Wednesday's game, hadn't started a game since July 26th, into the lineup?

"Your point about Espinosa is valid," Rizzo told Paulsen and Rouhier.

"As far as getting Espinosa into games, we've got to find a way to do that, I agree with that, as far as how we get him into games?" -Nats' GM Mike Rizzo on finding at bats for Danny Espinosa

"I think that's up to Matt to really mix and match and see what kind of matchups fit best for us and give guys a break when they need a break, especially if they're struggling mightily it may help to give them a break, but Espi has earned some playing time and some at bats and hopefully he'll get some in the near future."

Espinosa got some playing time and Desmond got a rest last night.

When Wednesday's lineup was announced, Espinosa was penciled in at short and Desmond was given a day off. Williams said Desmond needed a break.

"We want to put the best lineup out there every single day," the second-year skipper said.

"But there are times when guys need a break too. I see it in Desi's face when he comes back to the dugout and it hasn't gone well. There is a grind there. And there's no fix. You don't fix... except support, rest if you can, work.

"But sometimes you've gotta just give him a day and today is that day for Des. It's not saying that he won't be in the lineup tomorrow. But for today, he's getting rest."

Could the Nationals potentially turn to their top shortstop prospect, who had a .321/.363/.463 line, four doubles, three triples and three home runs in 36 games at Triple-A Syracuse as of last night and a combined .325/.376/.473 line on the year between Double-A in the Padres and Nats' systems and the Nationals' top minor league affiliate? 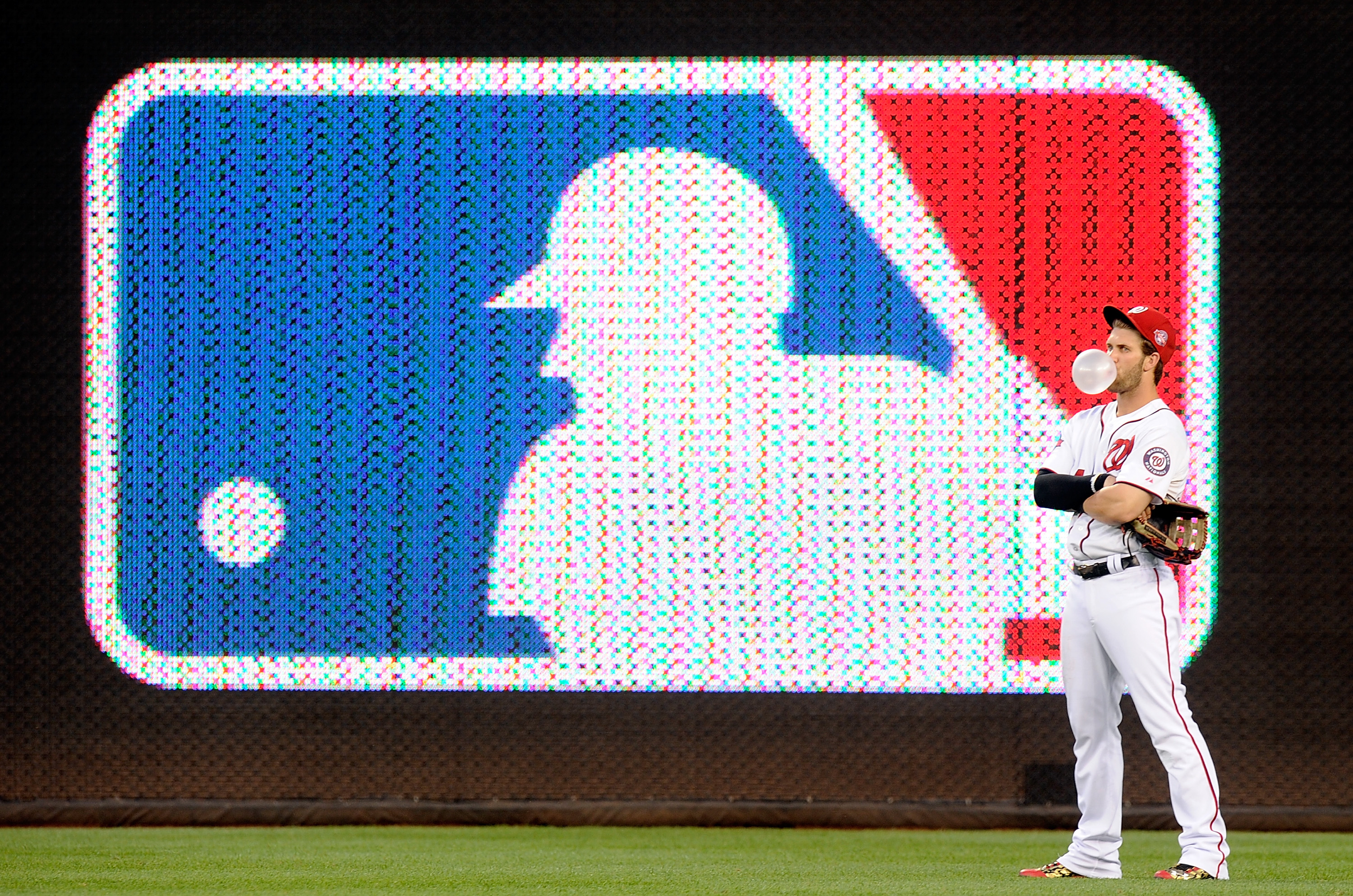 "Trea Turner -- he's not on the roster, obviously," Rizzo said. "He's got one full season -- this is his first full season of professional baseball and [he] has played magnificently throughout the year... I wouldn't foresee it.

"He brings an extremely talented skill set to the table, and some of the skills can be utilized even if you play him off the bench..."

Paulsen asked if Turner could be an extra infielder and potential pinch runner come September when rosters expand?