We looked into the situation in the Washington Nationals' rotation in depth yesterday, but there's no decision yet on what the Nats will do with Doug Fister and Joe Ross once Stephen Strasburg comes off the Disabled List.

Doug Fister's next scheduled turn in Washington's rotation would be on Saturday, in the second game of three with the visiting Colorado Rockies, barring any changes or alterations to the current rotation.

That also happens to be the day the Nationals' '09 no.1 overall pick Stephen Strasburg is set to return from the DL.

Strasburg made his second rehab start on Monday night, striking out 11 batters in 5 ⅔ innings pitched, over which he threw 85 pitches.

When Nats' GM Mike Rizzo talked to 106.7 the FAN in D.C.'s Grant Paulsen and Danny Rouhier yesterday, Strasburg had yet to throw his planned bullpen session in the nation's capital, but as Rizzo explained it, if the 27-year-old made it through the workout without any problems, a decision would have to be made in the next few days.

"He threw Monday and he threw very well," Rizzo said.

Before his second DL stint of the season, Strasburg put together two solid starts in wins over the Braves and Phillies in which he walked two, struck out 15 and held opposing hitters to a .178/.213/.267 line.

Fister's problem, Rizzo explained, has been his command, and his inability, thus far, to keep his sinker down in the zone.

"Velocity is the same," Rizzo said. "We've checked that out, especially recently, he's had his typical 88-89, touching 90 mph with his sinker. I think with him it's often angles and late movement at the plate.

"I think he's a really a command-orientated right-handed pitcher that relies on unique angles and life at the plate.

"Velocity is the same," Rizzo said. "We've checked that out, especially recently, he's had his typical 88-89, touching 90 mph with his sinker. I think with him it's often angles and late movement at the plate." -Mike Rizzo on Doug Fister on 106.7 the FAN in D.C.

"He's got to command his fastball better. Sinkers that are up, they go a long way and that's really been Doug's problem this year, is that he's given up too many fly balls and sinkers have been up and when they're up, he's hittable.

"And he needs to find a way to drive the baseball down in the zone and get that good natural sink with that angle which has made him successful each and every year."

While Strasburg and Fister have struggled this season, rookie right-hander Joe Ross has been quietly and effectively stating his case for being one of the Nationals' top pitching prospects, in his first year with the organization following this winter's three-team deal that brought him over from the San Diego Padres.

The problem with Ross, of course, is his workload, since he's up to 115 innings pitched this season heading into this afternoon's start in the series finale with the Arizona Diamondbacks, after having thrown 121 ⅔ in 2014 and 122 ⅓ in 2013 in the Padres' system.

"We do have some issue with Joe and his innings this year," Nats' skipper Matt Williams acknowledged in his own interview with 106.7 the FAN in D.C.'s The Sports Junkies on Wednesday morning.

Williams acknowledged there's a cap on Joe Ross' workload this year. They can manage it in minors but "don't have luxury" of that in majors.

"Remember, last year he didn’t throw many innings. So there’s not concern there, but we have to be mindful of how many innings he does throw. That being said, it’s a tough decision. We haven’t had to make it yet. Stras has got a bullpen today. We’ll see how he comes out of that, and we’ll have to make that decision."

Ross told Washington Post writer James Wagner, in an article posted earlier this morning, that he understood the situation and the fact the Nationals were approaching things with his best interest in mind:

"It’s definitely understandable," Ross said. "I’ve never thrown more than 120 or something innings in a season. Most of the starters here are close to 200 at the end of the year, or around 180. So it make sense. I’m obviously going to want to keep throwing. But if it gets to a point where they’re going to minimize my innings or end up shutting me down, it’s probably going to be for the best. But I’ll deal with that when time comes to it."

Rizzo too discussed the plans for Ross going forward, though he, of course, was not interested in sharing the details. 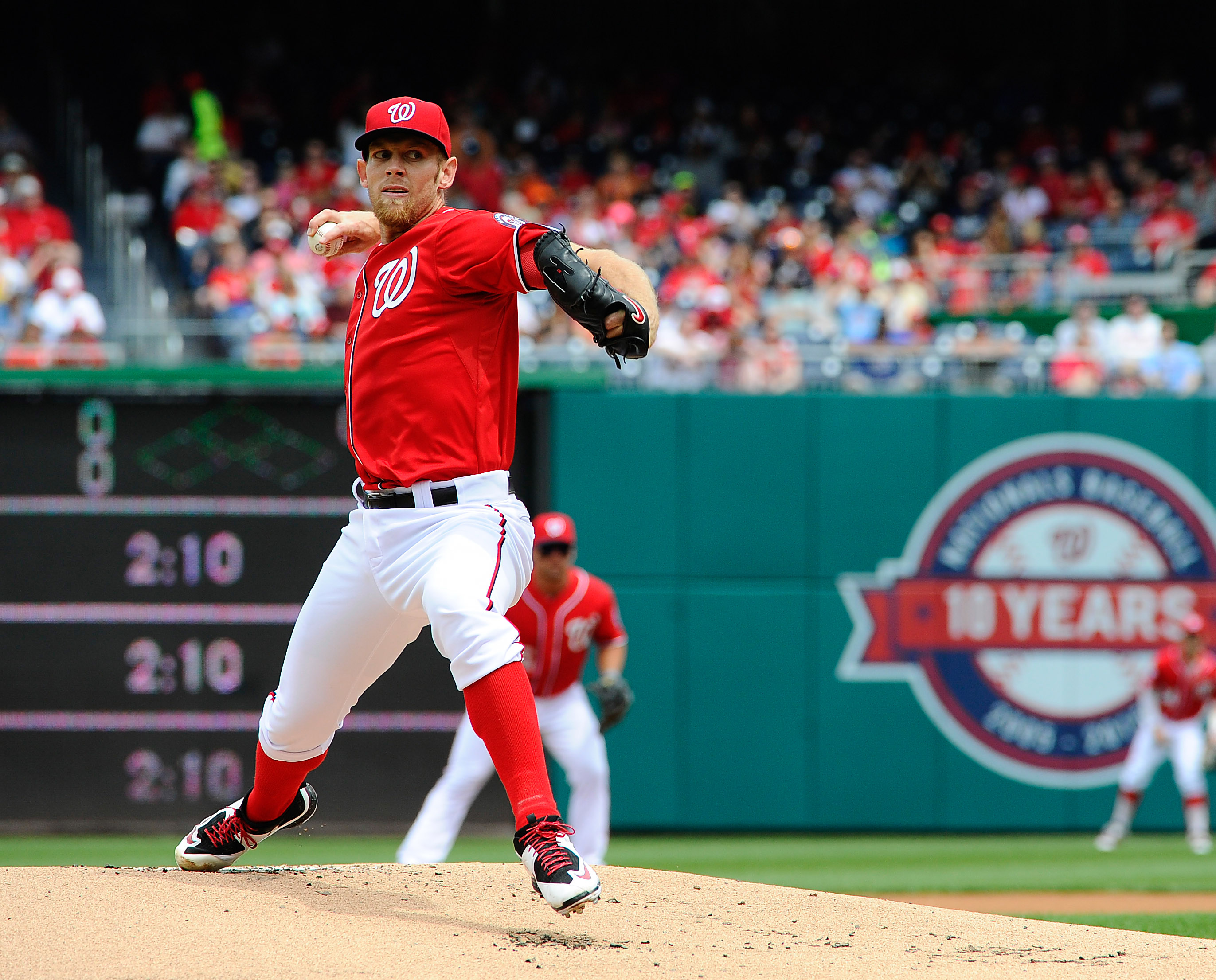 "We have parameters in place. We have a plan and a strategy for him, I'm not going to share them with you, but we certainly do have an idea of where he's been in his history and where he can go this year."

Do the Nationals give Fister time to figure things out, send Ross to the minors where they can manage his workload and then bring him back up to finish the season out in the majors? Strasburg is expected back on Saturday, and you would think they'd want him going on regular rest with all the issues he's had this season.

That gives the Nationals two days to sort things out if they haven't already...

Nats still haven't made an official decision on when Stephen Strasburg will slot back into the rotation, per MW. He's on track to pitch Sat.

Williams said "they have options" with Strasburg but he's on turn for Saturday. Said he expected to have the decision after today.

No announcement yet on Strasburg, but Williams acknowledges he's lined up for Saturday.