Washington Nationals' set-up man Drew Storen is on quite a run this season, and in recent weeks he's been absolutely dominant. But he did walk a batter yesterday. Seriously, Drew? He stranded the one runner he put on, however.

Share All sharing options for: Nationals' set-up man Drew Storen taking it out on opposing hitters...

Drew Storen faltered some in Thursday afternoon's win over the Arizona Diamondbacks. He walked a batter. It was his first walk in seven appearances and 28 at bats.

Washington's 27-year-old set-up man stranded the runner he put on, but snapped a streak of consecutive batters set down at 19.

What's wrong with Drew? Nothing. Nothing at all.

"I think it's command. In the last four it's been really good. I don't know how many balls he's thrown, it hasn't been very many." -Matt Williams on Drew Storen's recent dominance

Though he gave up the walk, Storen did go on to complete another scoreless inning of work extending his streak of scoreless appearances to 14 and 13 ⅓ innings pitched going back to June 24th in Philadelphia when he last gave up a run on a bases-loaded grounder that got him a double play.

In his last five appearances, Storen has been absolutely pounding the strike zone, with 37 of 44 pitches for strikes.

He's throwing his slider more than ever before (35.9 % of the time over a 31.0% career mark) and it's well-nigh unhittable this season, with opposing hitters putting up a paltry .100 AVG on the pitch.

The early signs, at least on the mound, are that the move to an eighth-inning role following the acquisition of new closer Jonathan Papelbon is having little to no effect on Storen's on-field performance.

"He understands it. His words to me when I talked to him about the potential move [were], 'Hey, I've gotta get three outs. If it's in the eighth inning then that's what I do.' And he's been great. He's been absolutely great in the eighth inning. That's not to say that he won't pitch in the ninth from time-to-time depending on volume and things like that, but he's ready to have the ball at any time and his job is to go out and get three guys out and turn it back over to our offense at that point.

"I'm really comfortable with where my mechanics are right now and I'm throwing the ball where I want to, so it's a good thing..." -Drew Storen on recent run of success on the mound

"He's been fantastic and he's ready to go out whenever we call on him to pitch."

The move to bring Papelbon in solved a problem the Nationals were having all season as they searched for a reliable replacement for Tyler Clippard, who held down the eighth in the last few years before he was dealt to the Oakland A's last winter.

"He really didn't lose the job," Clippard told reporters, including MLB.com's Bill Ladson, after the Papelbon deal was announced.

"It was just circumstantial as far as [the Nationals] wanted to improve their bullpen and they did that. He is a professional. He'll be fine. He has been pitching great this year. I've been watching from afar. He is probably throwing the ball better than I have ever seen him throw it. I don't think anything will change from that aspect."

Storen and his agent spoke to the Nationals about his role going forward, but declined to offer specifics about the talks.

Moving Storen to the eighth, Williams said earlier this week gave them what the Nationals were looking for this season.

"Regardless of who it is, we want to get three outs, keep them from scoring. There are a lot of guys in our bullpen that can do that. So, of course it's nice to have Drew in the eighth. Of course. Any time he gets to pitch it's nice to have him out there."

Asked about his dominance in the last few appearances in particular, Williams said it was all about command. 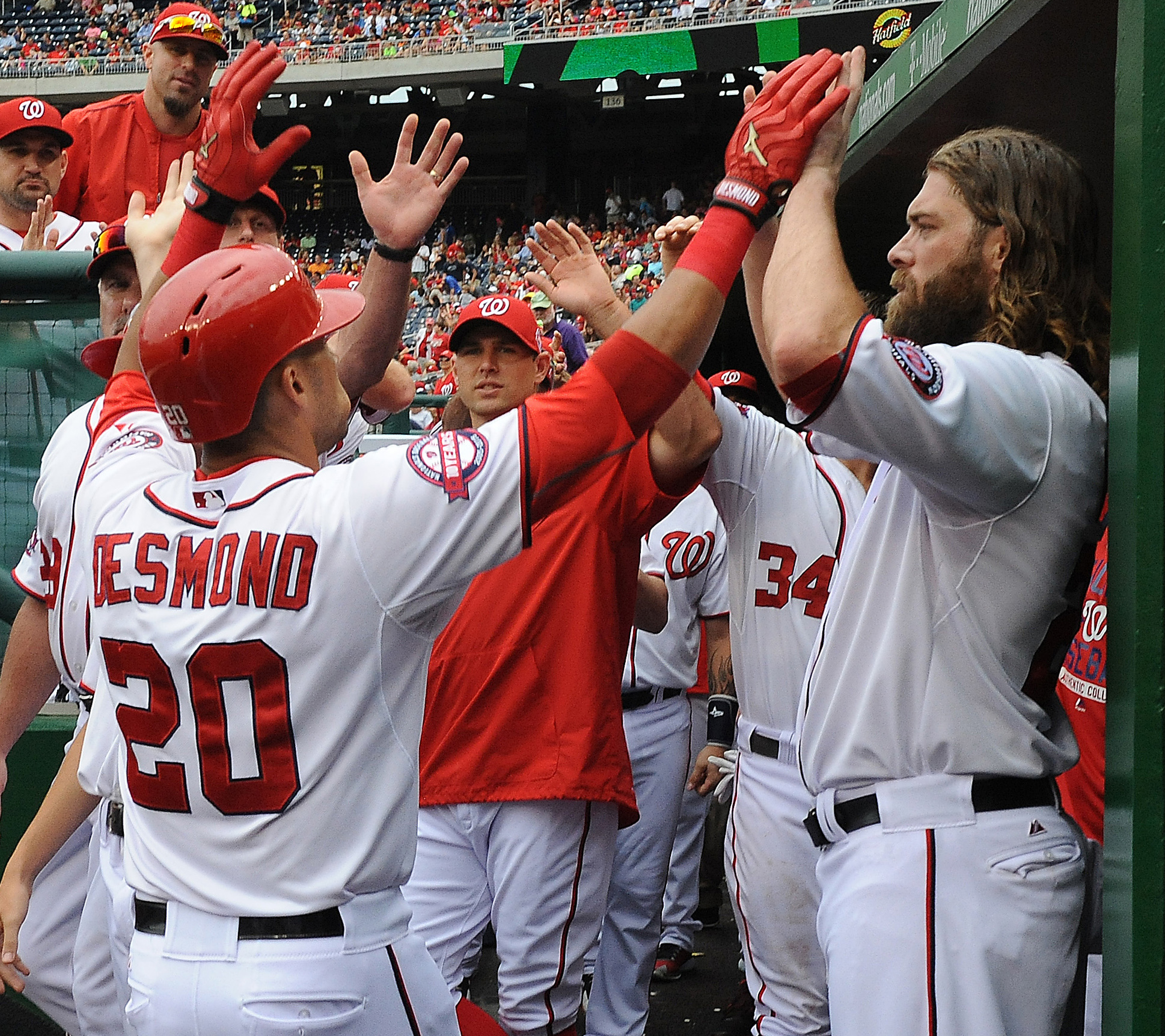 "I think it's command. In the last four it's been really good. I don't know how many balls he's thrown, it hasn't been very many."

A reporter told him at that point, before Thursday's outing, Storen had thrown 32 of 35 pitches for strikes.

"Yeah, so there you have it," Williams said. "He's putting it where he wants to."

"I'm really comfortable with where my mechanics are right now and I'm throwing the ball where I want to, so it's a good thing," Storen told reporters after his second appearance of three in the four-game set with the D-Backs.

He might not be happy with losing the ninth inning role, but so far it's opposing hitters who are paying the price.