The Washington Nationals have everyone but Denard Span back. Stephen Strasburg is back in the rotation. It's about time they get going before it's too late...

In spite of the mixed results overall, (2-3 so far on the seven-game homestand, 4-6 in the last 10, 8-13 since the All-Star Break, 2.5 games behind the New York Mets in the NL East after last night's loss), there are some signs of life from the Nationals' offense, which has been outscored 89-77 in the last 21 games.

All but one of Washington's expected everyday starters are back in the lineup, with leadoff man Denard Span the one exception as he continues to work to rehab the lower back issue which landed him on the DL.

[ed. note - "Span apparently suffered a setback, and is shutting it down for a few days."]

But Anthony Rendon is in the lineup, Ryan Zimmerman is starting to line balls into the opposite field gap and now Jayson Werth is working long at bats and barreling some balls up in the last few games.

"I think everybody knows it's going to take about 100 at bats for guys to really get going. It's something that I went through for two years in a row..." -Bryce Harper on Nationals' returning players

Bryce Harper, who has dealt with his share of injuries over the last few years, but [knock on wood] has managed to stay healthy and in the lineup so far this season, talked recently about the difficulty of hitting the ground running after time off when the rest of the league is going full steam.

"I think everybody knows it's going to take about 100 at bats for guys to really get going," Harper told reporters.

"It's something that I went through for two years in a row. I know how it is. So, seeing guys come in, and we want those guys in the lineup, but we know it's going to take a little bit of time. It's something that just goes that way because you need about 100 at bats to really get going and we'll see in about a couple weeks."

Nats' skipper Matt Williams has talked in the last couple days about some of the positive signs he's seen from the returning players, and even struggling shortstop Ian Desmond.

After Desmond went 2 for 4 with a double, a home run and a walk in the series finale with the D-Backs, Williams talked about what he was seeing from the 29-year-old infielder.

"The homer I think was a changeup, a first-pitch changeup," Williams said.

"So that tells me he's seeing the baseball and that's good. And the next time he hit one off the wall to left as well. It's short. It's compact. He was calm today at the plate which is important for him and put the head on the ball. That's all he needs to do."

Rendon, who has played in just 30 games this season, has a three-game hit-streak and hits in four of six this month.

"I think [Rendon is] seeing it fine," Williams said. "The last at bat is indicative of him seeing it. [Ziegler] is tough from down there. But I think he's seeing it fine..." -Matt Williams on Anthony Rendon getting going at the plate

He got the night off in the series opener with the Rockies after going 1 for 3 with a run scored and two walks in the fourth game of four with Arizona, with the one hit a line drive single off submarining Diamondbacks' right-hander Brad Ziegler.

He went 0 for 4 last night against the Rockies, after going 2 for 5 vs the D-Backs on Thursday, driving in two of the eight runs the Nats scored with a line drive single to center and a grounder through the left side in the fifth.

"I think that he's got the knack for driving runs in," Williams told reporters. "So guys are out there he hits the ball back through the middle well.

"The ball he hit to left, he just picked on a heater that wasn't quite in and hit it to left field. In those situations he can pick a pitch to hit if he wants to. But in general back through the middle is key for him."

Then there's Werth, who missed 60 games on the DL after suffering broken bones in his left wrist in a May 15th game in San Diego. 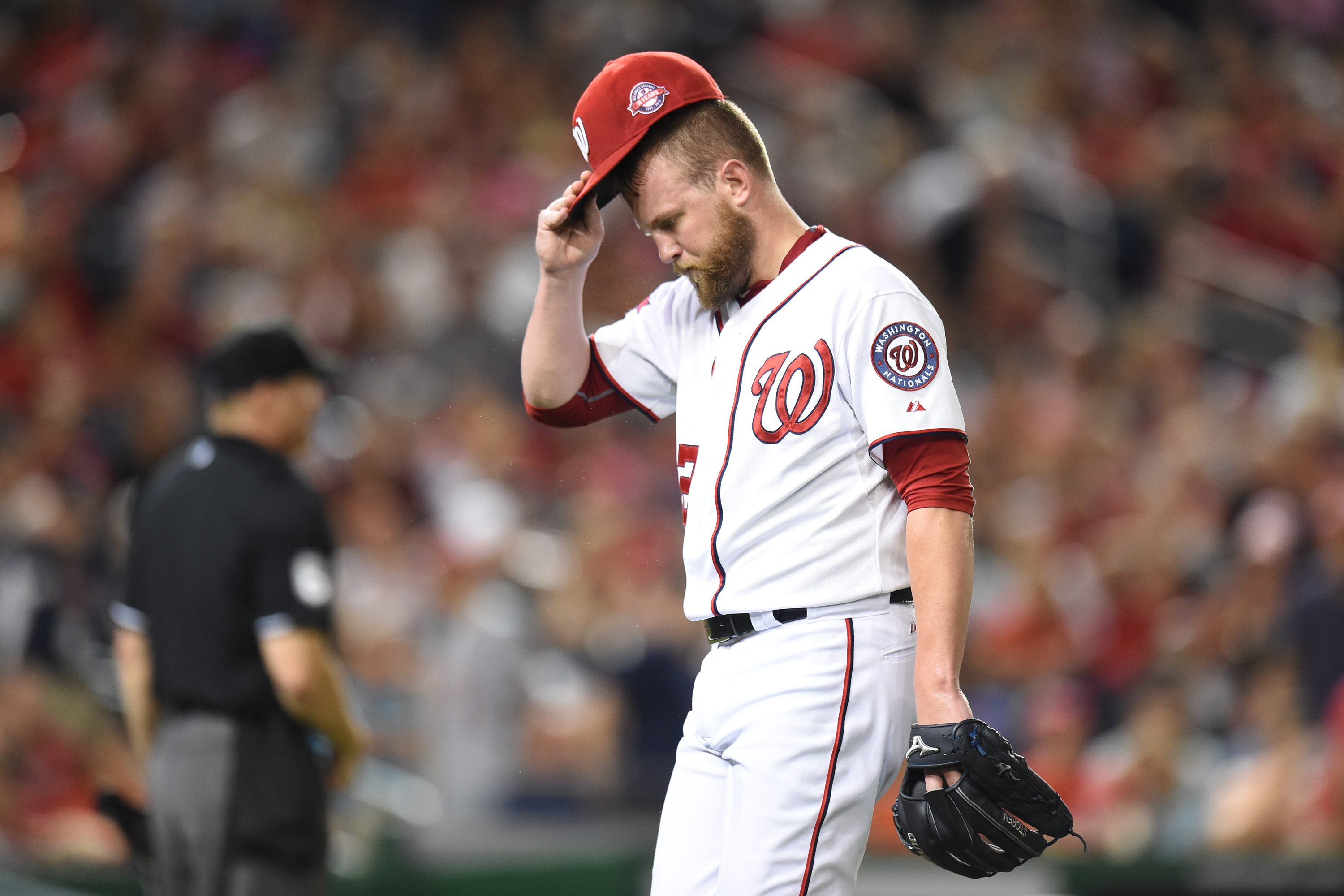 Ryan Zimmerman returned at the same time as Werth, after missing 39 games while he waited for plantar fasciitis in his left foot to calm down.

Last night he went 1 for 3 with a walk and an RBI double to right-center in the fourth that drove Bryce Harper in from first for the Nationals' second run of the game.

"For him it's middle of the diamond and right-center field, and he's done that," Williams said.

"Last night he hit a double off the center field wall and tonight again to right-center field, so when he's swinging good he's hitting the ball a lot that way. In recent days he's hit the homer to left as well, so I like where he's at."