The Washington Nationals lost the eighth straight regular season game with the Cardinals in St. Louis last night, falling behind for good a half-inning after a Ryan Zimmerman home run gave them a two-run lead.

For a minute there last night it looked like the Washington Nationals might do the sort-of impossible: Beat the St. Louis Cardinals in Busch Stadium.

The NL Central-leading Cards were 46-19 at home before last night and they were 22-5 against the Nationals since the latest incarnation of their home was built, with seven straight regular season wins going back to late 2012, and wins in 18 of their last 20 against Washington in Missouri.

Down 3-2 in the seventh, however, the Nationals rallied against Cardinals' reliever Kevin Siegrist, who issued leadoff and two-out walks to Danny Espinosa and Bryce Harper, respectively, and then gave up a three-run bomb of a home run to center by Ryan Zimmerman that put Washington up, 5-3.

"Broken bat, head of the bat is flying over his head, ball's going to first, he got a late start, then he got the double play ball and then they scored all their runs with two outs. Tough one for us." -Matt Williams on Nationals' loss to the Cardinals

Things fell apart in the bottom of the seventh, however. Casey Janssen came on looking to protect the two-run lead and gave up back-to-back singles by Mark Reynolds, on a grounder to left, and Brandon Moss, on a broken-bat grounder toward second on which the barrel of his bat helicoptered above Janssen's head, delaying the pitcher's sprint to first just enough to allow Moss to beat him to the bag.

Left-handed pinch hitter Greg Garcia stepped in next and grounded into a 6-4-3 DP to get Janssen two quick outs with Reynolds advancing to third.

With Felipe Rivero loose in the pen, and left-handed hitting Cards' infielder Matt Carpenter up at the plate, Nationals' skipper Matt Williams decided to stick with Janssen, to the amazement of Cardinals broadcasters Tim McCarver and Dan McLaughlin:

"I would say, 'Yes,'" McCarver responded.

A moment later when Janssen stayed in...

The announcers noted that both Rivero, who was warming, and Matt Thornton, were in the pen with the Cards having just used their left-handed pinch hitter.

Williams stuck with Janssen, who walked Carpenter on four pitches, bringing up right-handed hitting Cards' outfielder Stephen Piscotty, who drove in a run with a single, 5-4, and Jhonny Peralta, who tied it up with a line drive to right, 5-5.

Wondering aloud, why, after not going to a left-hander vs Carpenter, Williams decided to leave Janssen in to face both the righties, before Peralta's hit, McLaughlin asked a question:

"I just wonder, Tim, thinking about this... if you go with the lefty to face Carpenter, which was the move that we assumed that he would do, and it goes back to your point we were talking about an inning or two ago about a reliever having more than just one inning. You've got two outs, so at that point if you needed [Drew] Storen to come in and get your final out in the seventh and pitch the eighth to get to [Jonathan] Papelbon, why not? Your season is on the line."

"Didn't work out for us tonight, but these guys are tough at home. They play really well here. So we'll have to see if we can get the next two." -Matt Williams on Nationals' loss to the Cardinals

"Just wonder if he's given that any thought," McLaughlin said, "or if he's just staying with Janssen to say, 'Hey, he's my guy here in the seventh and eighth is Storen, ninth is Papelbon."

"That to me," McCarver said, "... is you paint yourself into a corner if you say, 'He's my seventh-inning guy, he's my eight-inning. Everybody is on duty now, we're at the firehouse."

A moment later, Peralta tied it up with a soft liner to right. Williams went to Rivero at that point, and the left-hander gave up an opposite field double by Jason Heyward that drove Piscotty and Peralta in and put the Cardinals up for good, 7-5, and an RBI single by Kolten Wong, 8-5.

Should Williams have gone to Rivero (.211 AVG vs LHB - 12 for 57 before last night) vs Carpenter (.233 AVG vs LHPs this season, .266 AVG vs lefties career before his at bat in the seventh), then, if Rivero didn't get him, go to Storen (or maybe Blake Treinen who came on after Rivero) vs Piscotty?

Yes, it's second-guessing, yes, hindsight is 20/20, of course. Pitchers need to do their jobs and get outs. Sure. If Janssen just beat Moss to first who knows what happens... etc.

Did Matt Williams once again lose a lead and eventually a game with his best option in the bullpen? ESPN.com's Dave Schoenfield thinks so.

When your season is on the line every day as it is now, and there are close games, every decision is put under the microscope and last night, once again, things didn't work out for the Nationals, who fell to 66-64 and were left 6.5 games out in the NL East with 32 games left.

"It's a tough one," Williams told reporters after the loss. 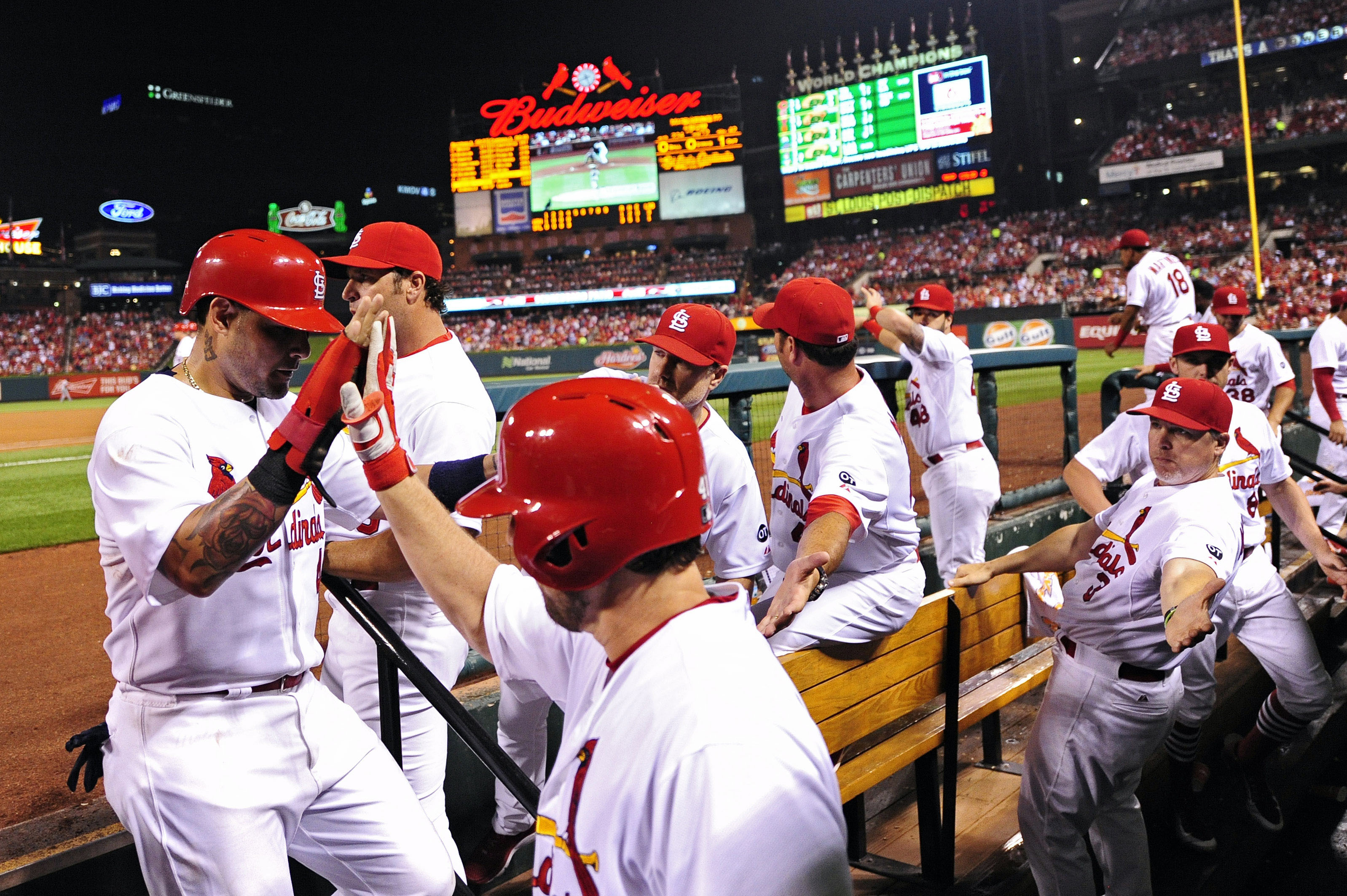 "We got back in it and Zim hit the big three-run homer, put us ahead. Casey, a little unfortunate on the ball that went to first. Broken bat, head of the bat is flying over his head, ball's going to first, he got a late start, then he got the double play ball and then they scored all their runs with two outs. Tough one for us."

He was asked if he left Janssen in to face Peralta, with a one-run lead, thinking that the right-hander was close to getting out of it?

"He had Piscotty too," Williams said. "And Piscotty, nice job of hitting, curveball down that he flipped into left field.

"Same pitch to Peralta. And of course we've got to go get him for the lefty [Rivero] and then Heyward hit a ball to left. Tough one."