There are 23 games left in the 2015 campaign, and the Washington Nationals are 7.0 games back in the NL East. So how do they move forward and what does the future hold for the nation's capital's Nats?

After Saturday night's loss to the New York Mets in the second game of three this week, 22-year-old Washington Nationals' slugger Bryce Harper was asked if there was any chance of the Nats catching their NL East rivals, who had a 6.0-game lead at the point and left D.C. up by 7.0.

"At that deadline we had three guys coming back that we didn't have before. As it turns out, it took them a little while to get going..." -Matt Williams on Jayson Werth, Ryan Zimmermann & Anthony Rendon

The Nationals, of course, dropped the series finale to the Mets as well, blowing another late lead and giving another game away. Ian Desmond, who is set to hit free agency after this season, assuming he and the Nats don't work out a deal, was asked how he and his teammates would approach the last few weeks and 23 games remaining.

"Every day I come to the ballpark I come ready to play," Desmond said. "I try to bring my best for the organization, for my team and for my family and I don't see that changing."

The Mets' sweep gave them six-straight wins over the Nationals. Nats' skipper Matt Williams was asked if he felt any sense of disappoint in the team's, or his own performance?

"I want to do everything we can to win a baseball game," Williams said.

"Every morning I get up and I look in the mirror and say, 'Do whatever you have to do today to help us win a game.'"

"Can we all do a better job," Williams asked rhetorically, "sure."

After a loss in which Kelly Johnson, acquired by the Mets in a pre-deadline deal, hit a pinch hit homer to tie the series finale in the eighth and Yoenis Cespedes, acquired just before the deadline passed, hit the go-ahead blast, Williams was asked if the Nationals' decision to stand pat at the deadline, at least in terms of adding offense since they did acquire Jonathan Papelbon, had hurt the Nationals' chances in the division?

"As it turns out, it took them a little while to get going, but all three of them have been very productive for us. So, that being said, we look at it that way." -Matt Williams on Werth, Zimmerman and Rendon returning from DL

"We're in a completely different situation," Williams said. "At that deadline we had three guys coming back that we didn't have before. As it turns out, it took them a little while to get going, but all three of them have been very productive for us. So, that being said, we look at it that way. We added those three bats that we didn't have before, they just happened to come from our own team."

Jayson Werth, Ryan Zimmerman and Anthony Rendon did finally start hitting after getting a few weeks of at bats, but was it just too late in the end?

"It took them a while," Williams said, "but again, they're very productive players, all three of them, and vital parts of our team. Sometimes when you come back from a rehab it takes a little while to get going, but they've all done it. That's the way I look at it anyway." 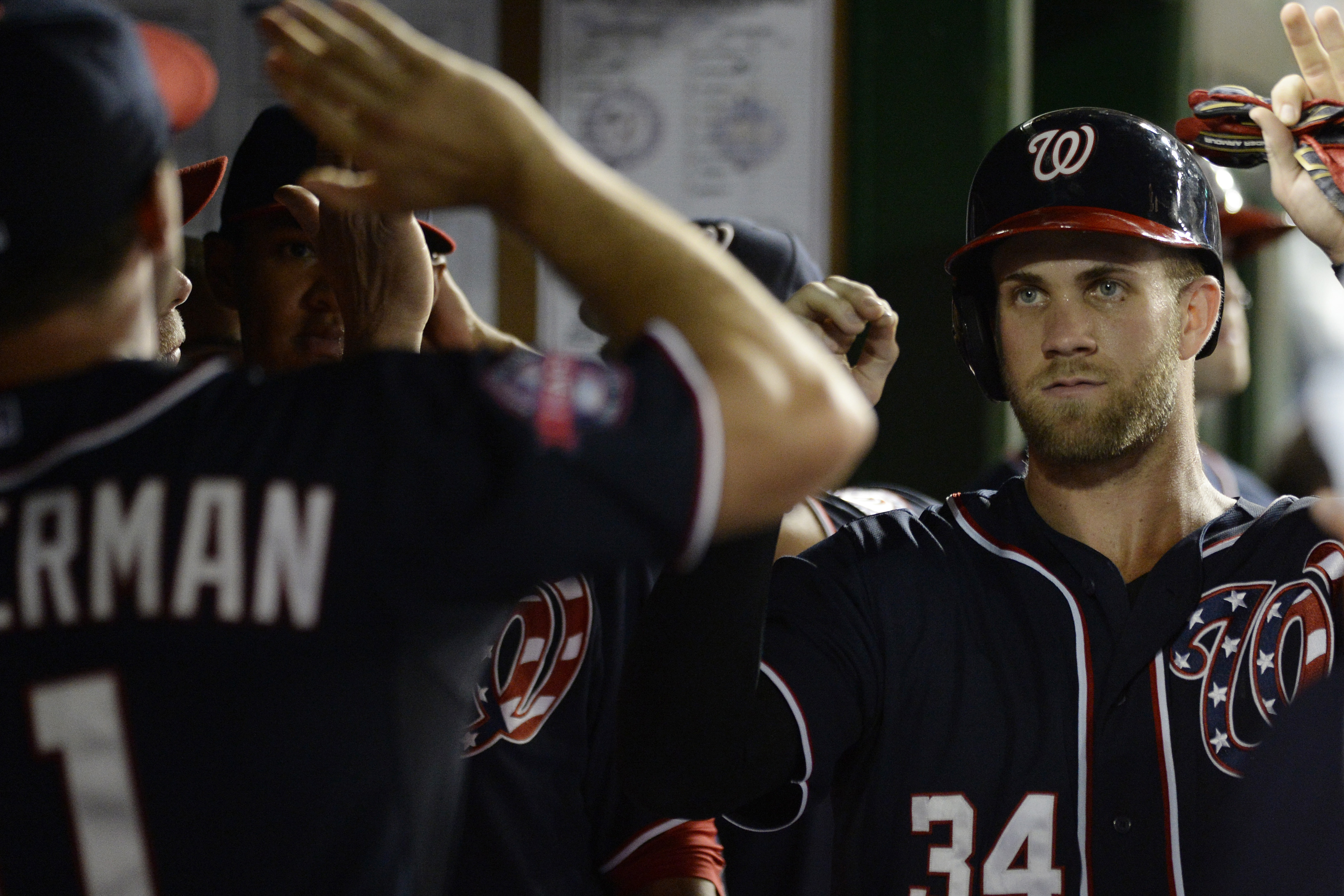 With a full season's worth of production from the three and Denard Span in the lineup things might have been different.

When the 2014 campaign ended with an NLDS loss to the San Francisco Giants in AT&T Park, Desmond talked to reporters about what the future held, with a number of players including Desmond himself, Span, Doug Fister and Jordan Zimmermann headed for free agency.

"The window isn't closed," Desmond said, "but it is closing."

That window appears to have closed this week. It's going to be a new-look lineup and rotation trying to make a run next season, barring a miracle over the next couple weeks.