The Washington Nationals have 22 games left to play this season. After last night's loss, the defending NL East champs are 8.5 games out in the NL East. It was another bullpen loss for the Nats, who dropped their fourth straight overall.

Washington's fourth straight loss and the New York Mets' fifth straight win left the Nationals 8.5 games back in the NL East. Coming off a devastating sweep at the hands of the division leaders, a matchup with the Miami Marlins in front of a "crowd" of 17,167 (paid attendance) was probably not the best situation for inspiring the defending NL East champs.

MASN's F.P. Santangelo addressed the effort after the Nationals' 2-1 loss to the Marlins.

"He was cruising along there. Gave up the one and then got in some trouble in his last and we went to get Blake [Treinen]. Blake got out of it nicely." -Matt Williams on Gio Gonzalez, getting through the sixth

With 22 games to go, the Nationals haven't yet been mathematically eliminated, so going forward, he said, "... you've got to come out with energy and passion and emotion and you've got to want it more than the Mets do right now and I didn't see it tonight to be quite frank."

What everyone watching did see was a Nationals team that blew late leads in two key games on the road with the St. Louis Cardinals and three-straight at home against the Mets once again dropping a close one when they went to the bullpen.

Gio Gonzalez made it through 5 ⅓ innings in Marlins Park, giving up three hits and two walks, but he ran into trouble in the sixth, giving up a leadoff single by Christian Yelich and a walk to Martin Prado before a line drive out to center put the potential go-ahead run at third.

With runners on the corners and one out, Nats' skipper Matt Williams went to the bullpen for Blake Treinen, who got an inning-ending double play out of Marcell Ozuna with the first pitch he threw to the Marlins' outfielder.

Williams liked what he saw from Gonzalez, in his 87-pitch effort.

"We're going to keep running those guys in there. They're pros. We look at those guys, we look at Casey, he's a proven closer. So he knows how to get himself out of a tough stretch." -Matt Williams on the Nationals' bullpen

"He was cruising along there," Williams told reporters. "Gave up the one and then got in some trouble in his last and we went to get Blake. Blake got out of it nicely.

"If he didn't get in that trouble, he certainly could have gone longer than he went, but had to get out of the inning right there and get Blake in there."

The Nationals lost it in the seventh, however, when Casey Janssen gave up a leadoff double by J.T. Realmuto, who took second on a sac bunt by Ichiro Suzuki and scored on a sac fly by Miguel Rojas that drove in the winning run.

Janssen had an opportunity to catch Ichiro's bunt, when the veteran outfielder popped it up towards third, but it fell in and he picked it up and tried to cut down the lead runner, catching Yunel Escobar off guard.

Escobar didn't have time to even try for the tag on Realmuto. 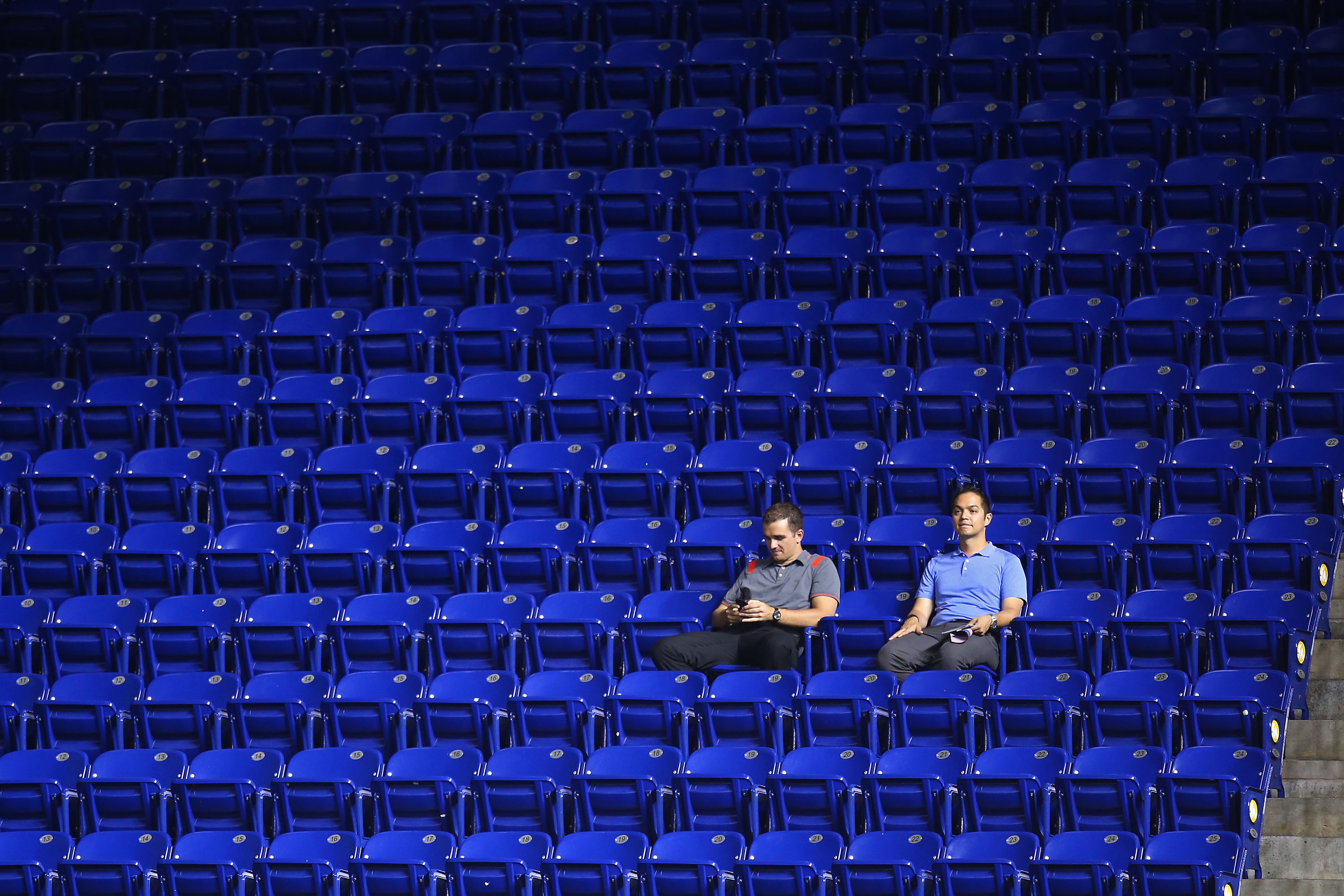 "He fell behind [Realmuto]," Williams said when asked about Janssen, "and the bunt is popped up in the air, and I think that, my view of it, Yunel assumed that Casey was going to go get it and it dropped and by that time he could have taken the out at first, but he decided to go to third [and] it was too late."

"It's a function of a tight game," he said of losing another one after going to his relievers, though it wasn't a blown lead this time.

"A leadoff double puts you in trouble. We're going to keep running those guys in there. They're pros. We look at those guys, we look at Casey, he's a proven closer. So he knows how to get himself out of a tough stretch.

"Tonight it didn't work for him, but he'll be ready to go again and we've got confidence in our guys."