In separate interviews over the last two days, Washington Nationals' GM Mike Rizzo and Nats' skipper Matt Williams have talked about 22-year-old slugger Bryce Harper as a candidate for the National League's Most Valuable Player award...

Bryce Harper's two-home run game last night against the Phillies was his fifth multi-home run game of the season and the 10th of his four-year major league career. His 39th left him alone in second place, one ahead of Adam Dunn (28, 2008-2009) and seven behind Alfonso Soriano (46 in 2006) on the list of the Washington Nationals' players (2005-present) with the most home runs in a single season.

Harper, in passing Dunn, now has the most home runs by a left-handed Nationals' hitter in a single season.

"I would certainly not want to have him start thinking about it. Stay with your approach, stay with what you're doing, at the end of the day, might have a shot." -Matt Williams on Bryce Harper as candidate for NL MVP

He's put together quite a season so far... so is he MVP-worthy?

"At this point," Williams said, "we've got a bunch of games left. I don't think he's thinking about it. I would certainly not want to have him start thinking about it. Stay with your approach, stay with what you're doing, at the end of the day, might have a shot."

The second-year skipper was asked for his thoughts on Harper as MVP again this morning during his appearance on 106.7 the FAN in D.C.'s The Sports Junkies, but remained focused more on the games that are left than on any postseason accolades.

Is he more deserving than the likes of the Dodgers' pitchers Zack Greinke or Clayton Kershaw or Chicago Cubs' first baseman Anthony Rizzo?

"All those guys are having fantastic seasons," Williams said.

"Again, I'm not in anybody's head with regard to the voting. All I know is that Bryce is having a great season. And I'm happy for any of our guys that have that type of success.

"I don't see how the top player in the league that has dominated offensively and defensively as much as he does does not get the award." -Mike Rizzo on #HarperMVP on 106.7 the FAN in D.C.

"Any success we have, I'm happy for our guys and they work so hard to be good players and, so again, it's not up to me. I don't have an opinion on it one way or another. All I know is that he's put together one whale of a season and he will continue to be prepared and go out there and try to help us win games. At the end of the day somebody will make that decision, I don't think Bryce is much worried about it right now either."

Nationals' GM Mike Rizzo, in his weekly chat with 106.7 the FAN in D.C.'s Grant Paulsen and Danny Rouhier, was asked if he will be surprised if Harper isn't named the NL MVP?

"I certainly will," Rizzo said. "He's the top offensive player just about every offensive category that you can imagine.

"He's played Gold Glove-caliber right field this year. He's carried a team that's had more injuries than just about anybody in the game and he's putting up these magical numbers without a whole lot of protection throughout the season. Until [Ryan Zimmerman] and [Anthony Rendon] and [Jayson Werth] got well, there wasn't a whole lot of veteran presence around him in the lineup and you talk about a guy who has carried us to the record that we have. He certainly has done that.

"I don't see how the top player in the league that has dominated offensively and defensively as much as he does does not get the award."

Even more impressive, of course, is the fact that Harper is doing what he's doing as a 22-year-old major leaguer, which doesn't necessarily surprise the General Manager who scouted and drafted Harper no.1 overall in 2010.

"We always had high expectations for [Harper]," he said. "He's a guy that -- I said it early in the season when someone asked me what his ceiling is -- and we just kind of refused to answer that question because there's so much pressure and expectation on him already, that we felt just let the season play out for him. 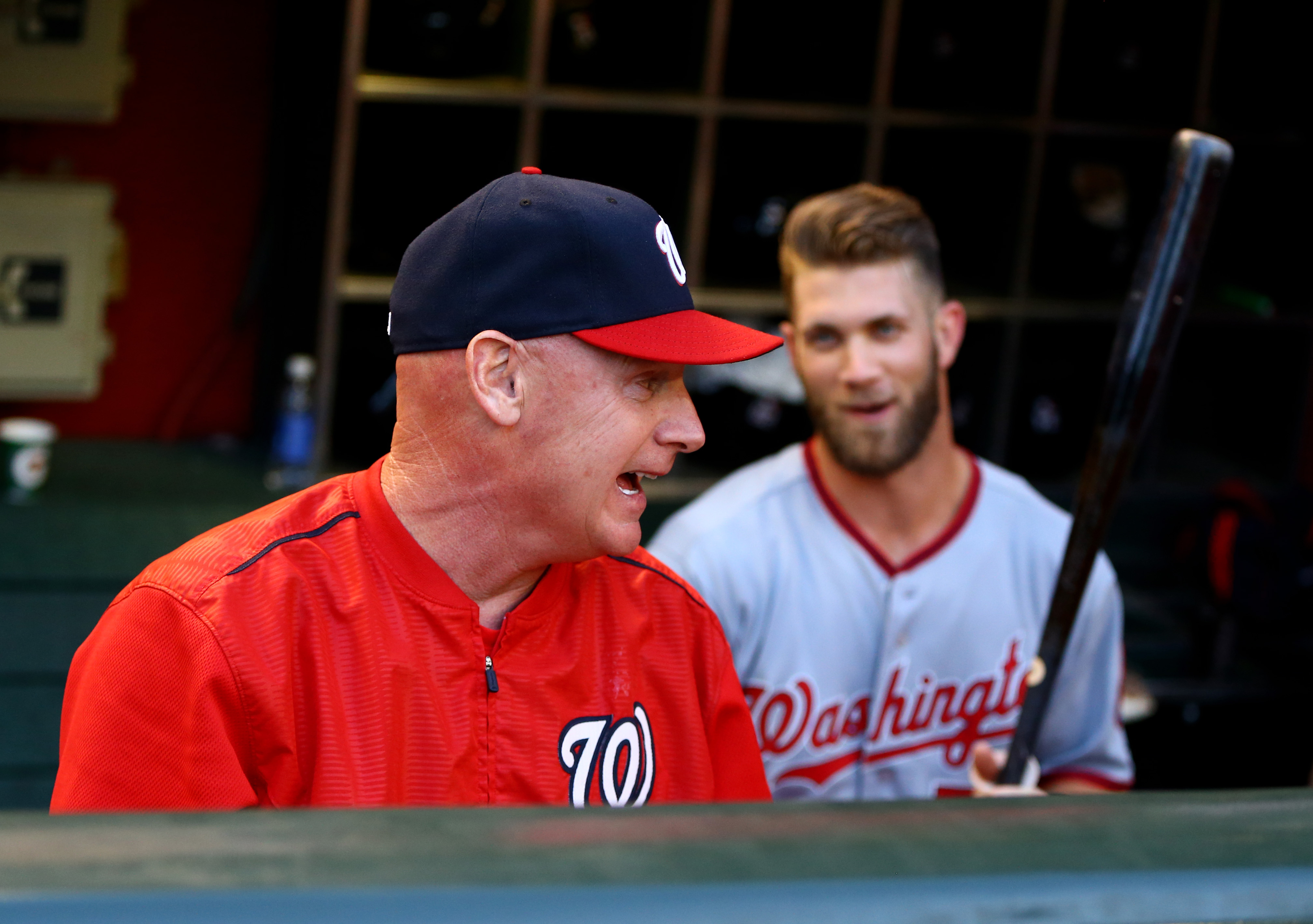 "We thought that all along that this guy was going to be a star performer in the not-too-distant future and although he's a young, 22 years old, he'll be 22 throughout the whole season, it's his fourth year in the big leagues and he's kind of a very, very young veteran-type of player and he's really come into his own offensively.