As Washington Nationals' manager Matt Williams said Sunday, the opportunities have been sparse for Tyler Moore this season, but the hard-hitting bench bat continues to show that he can barrel'em up when given the opportunity.

Tyler Moore's home run in Saturday's game against the Miami Marlins was his first in his last 102 plate appearances, going back to a solo shot off then-Milwaukee Brewers' starter Mike Fiers on June 12th in Milwaukee.

"I’m out of options. And obviously they have to make a decision and I feel like I can play for this team and I just want to help us win..." -Tyler Moore on fighting for a role, December 2014

Moore went down for a 1-0 fastball from Marlins' left-hander Brad Hand and hit his fifth home run of the season into the Red Porch seats in left to get the Nationals on the board in the fifth after they'd fallen behind 2-0 early in what ended up a 5-2 win.

"He had really good at bats on the road trip," Matt Williams told reporters after Saturday's game. "Swinging against lefties, had success against Hand in the past, had a homer against him in the past, and stayed on a ball today, to the middle of the diamond and elevated it, so he's having good at bats."

Williams also talked about Moore's preparation and his ability to get himself ready for any chances he's given.

"He loves to play," Williams said. "Opportunities have been a little sparse for him, but he wants to play. He looks forward to any opportunity he gets and he's ready to go, prepares himself."

"Opportunities have been a little sparse for him, but he wants to play. He looks forward to any opportunity he gets and he's ready to go, prepares himself." -Matt Williams on Tyler Moore on Sunday afternoon

Moore made his second straight start and his sixth this month on Sunday, and hit his second home run in as many days, sending an 86 mph first-pitch cutter into the left field bullpen for a three-run blast off lefty Justin Nicolino that knocked the Marlins' starter out of the game.

"Yesterday he just missed one and got one as well," Williams told reporters after what ended up a 13-3 win.

"And today, third time around, he had an idea of what the pitches were going to do and picked on the first one and hit it over the fence. So the more he plays the more rhythm he gets." 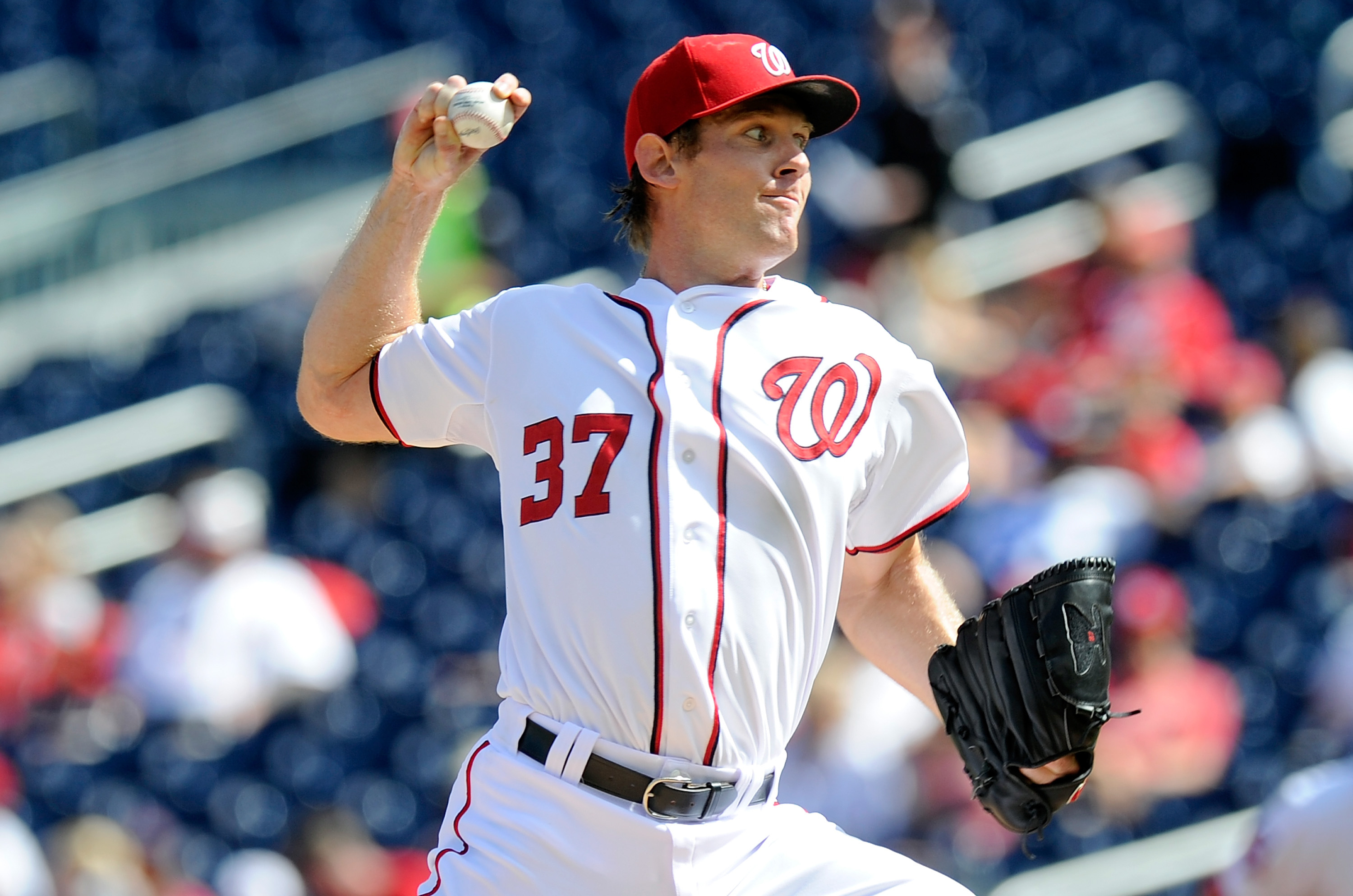 Moore had no options remaining when the season began, fueling speculation that he might be headed elsewhere at some point, but with 13 games remaining, he's still on the Nationals' major league roster.

What does the future hold?

Last winter, veteran Washington Post columnist Thomas Boswell wrote in a chat with readers that, "Moore's teammates can't wait for the day that he is free to leave and try to find a full time job somewhere -- because several of them think he'll be a Josh Willingham clone for several very good years."

Will he get the opportunity somewhere else in 2016, or will he back on the Nationals' bench again for a fifth season?