The second walk of three Bryce Harper took in the Nationals' 4-1 loss to the Orioles on Tuesday night set a new franchise record for walks in a single season, giving him 117 total, one more than Adam Dunn took in 2009.

Adam Dunn's 116 walks in 668 plate appearances in 2009 stood as the Washington Nationals' single-season record for five seasons, but 22-year-old, 2010 Nats' no.1 overall pick Bryce Harper broke that record Tuesday night when he took his second walk of three against the Baltimore Orioles to give him 117 total on the year in 610 PAs to that point.

Harper ended up walking three times total in his sixth three-walk game of the season, but afterwards he was more upset than anything else with the fact that he missed the one pitch he got to hit on a 1-2 offering from Orioles' right-hander Ubaldo Jimenez in the third.

"I mean, I missed my pitch," Harper told reporters when he was asked if it was frustrating to get walked three times on a night when the Nationals managed just three hits total and one run.

"I missed the 1-2 sinker," he said. "I probably should have hit it out of the yard and I popped up to second.

Nats' skipper Matt Williams talked after the Nationals' 4-1 loss about just how impressive a season Harper has put together.

"It just means that he's had a great year," Williams said.

"He really has taken it to the next level as far as being patient and laying off of pitcher's pitches and really getting pitches in his zone..." -Mike Rizzo on Bryce Harper on 106.7 the FAN

"We've seen the progression of how his [approach] at the plate [has] improved as he gets more mature as a hitter, as he knows the league a little bit better," Nats' GM Mike Rizzo told MLB Network Radio hosts Jim Bowden and Jim Duquette this weekend.

"But he really has taken it to the next level as far as being patient and laying off of pitcher's pitches and really getting pitches in his zone that he can attack and he's been marvelous at it."

Harper said he's just continued to take what opposing pitchers are giving him this season.

"Just trying to have good at bats," he explained. "Trying to get on base. I have, of course, the faith in the guys behind me to get it done, and if I can just get on base and hopefully score runs then we're winning ballgames.

"So, just trying to keep the faith, keep going and keep trying to just get on base for my guys and score as many runs as I can."

It's worked thus far this season. Harper ended the night second in the majors in walks (behind only Cincinnati Reds' first baseman Joey Votto - 136) and first in the majors in runs scored, with 116. 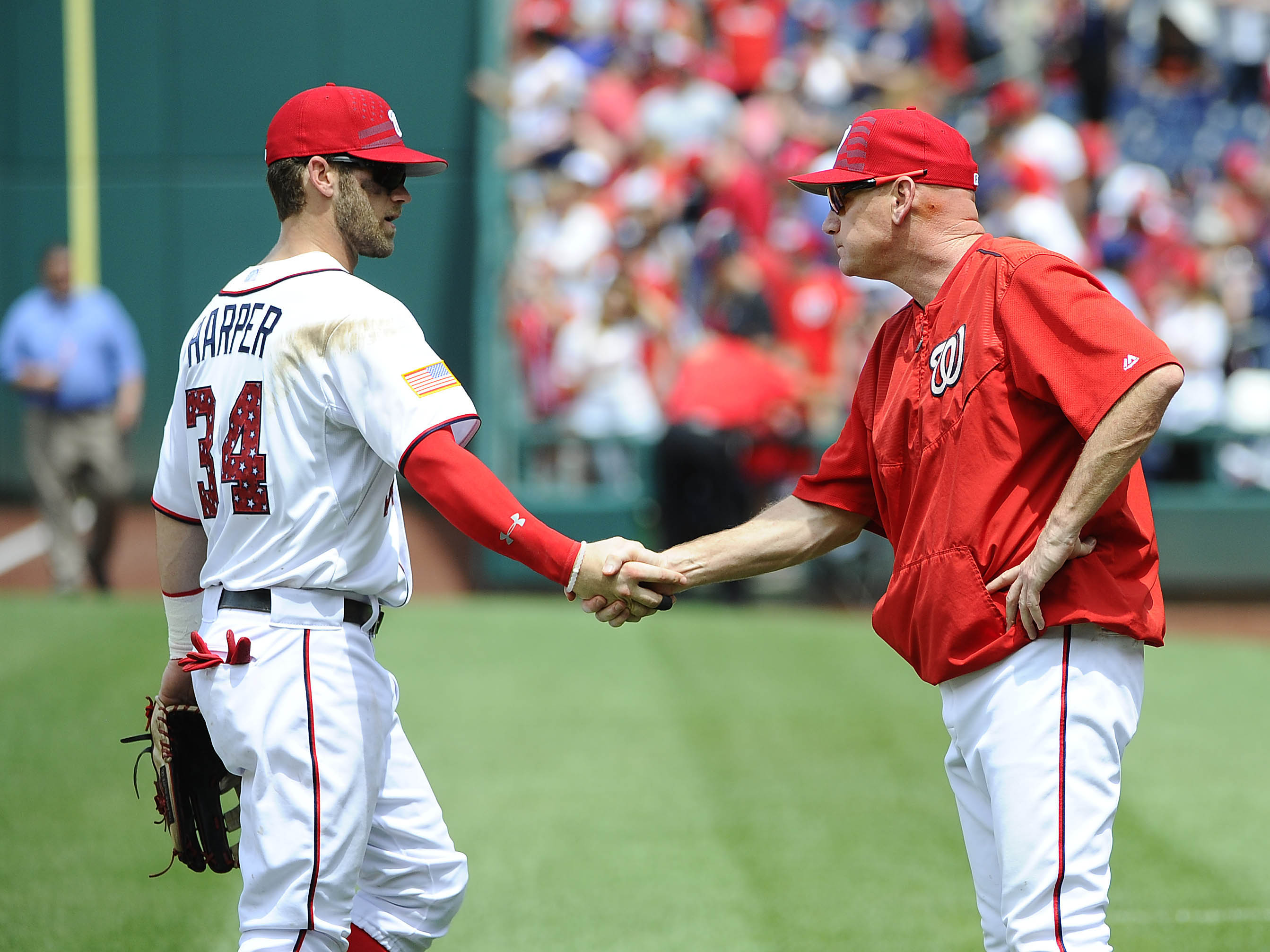 [ed. note - "For the record, while Bryce Harper set the Nationals' record (2005-present) for walks in a season, he still has a ways to go if he wants to set the record for most walks in a season in D.C. baseball history, which is currently held by Eddie Yost, who walked 151 times in 684 PAs for the Senators in 1956. Yost's nickname? "The Walking Man".]