There are going to be significant changes coming for the Washington Nationals, but will there be a change on the bench? Will Matt Williams be back for a third year as the Nats' manager? The Nationals react to the Mets clinching the NL East.

While the Washington Nationals and Philadelphia Phillies were battling in an extra innings affair in the nation's capital and the New York Mets were in the process of clinching the NL East in Cincinnati, Ohio's Great American Ballpark, Washington Post columnist Barry Svrluga published a fairly scathing story about Nationals' skipper Matt Williams "losing the clubhouse" this season.

"He has, since the day he arrived, spoken of the need to treat each day, each game, the same," Svrluga wrote in describing the second-year skipper's approach to the grind of a major league season, from Spring Training on through a grueling 162-game schedule.

"We've got to win tomorrow. I mean, we're here. We have to play games. We've got some remaining. We want to play well in those games..." -Matt Williams on moving forward after elimination

"Williams was hired, in part, because he came to his interview with a meticulous plan, with each day of spring training mapped out," he added.

"Some players now wonder whether that management of minutia leaves him unable to adjust, to think on the fly. They describe him as 'tense,' both in the dugout and, particularly, after losses."

The Nationals won today, but officially lost the division when the upstart Mets won their 88th game and eliminated their NL East rivals from contention.

"Being eliminated is, in and of itself, disappointing," Williams told reporters in D.C. when asked about learning that the Mets clinched as the Nats played.

"So that being said, I think everybody on the bench knew, at one point or another. It didn't stop them though. I'm proud of that. Proud of the way they went about it."

Bryce Harper hit a walk-off double in the bottom of the twelfth to give the Nationals a 2-1 win, their 79th of the year, but on a day when the Mets wrapped up the division, a reporter wondered if Williams had thought at all about what went wrong that led the Nats to where they found themselves?

Williams said it wasn't yet time for that sort of reflection and assessment.

"We've got games to play," he said. "We can't do that. We've got to win tomorrow. I mean, we're here. We have to play games. We've got some remaining. We want to play well in those games, so after the fact we'll have a chance to look back at it."

Some of the Nationals' players were willing to discuss how things went wrong, however.

Stephen Strasburg, who struck out 13 batters in eight innings of work in which he gave up just one run and three hits, said that getting officially eliminated, was, of course, tough.

"What can you do?" he asked rhetorically.

"It's just baseball. It's just a game you play. There's a lot of things in life that are bigger than just baseball. We'll all come back in tomorrow and play this game..." -Bryce Harper on reaction after being officially eliminated

"Just play the rest of these games and play hard. I think that will say a lot about this ballclub, how we finish this season out and see what we're made of. Let's get on a hot streak here and carry it into Spring Training next year."

"Every single one of these guys competed all year and we dealt with some adversity, but we battled through it and that's all you can do. Just keep fighting, keep grinding, it just didn't work out this year."

"I think it's just part of the game," Bryce Harper said. "I think that's just the way it was this year.

"The Mets had everything going for them. They did a lot of things, the deadline came around, they got [Yoenis] Cespedes and [Tyler] Clippard and they built their team."

When Harper was asked about the mood in the clubhouse, which one reporter noted, wasn't much different than any other day, the 22-year-old MVP candidate said that's just the way it is.

"It's just a game you play. There's a lot of things in life that are bigger than just baseball. 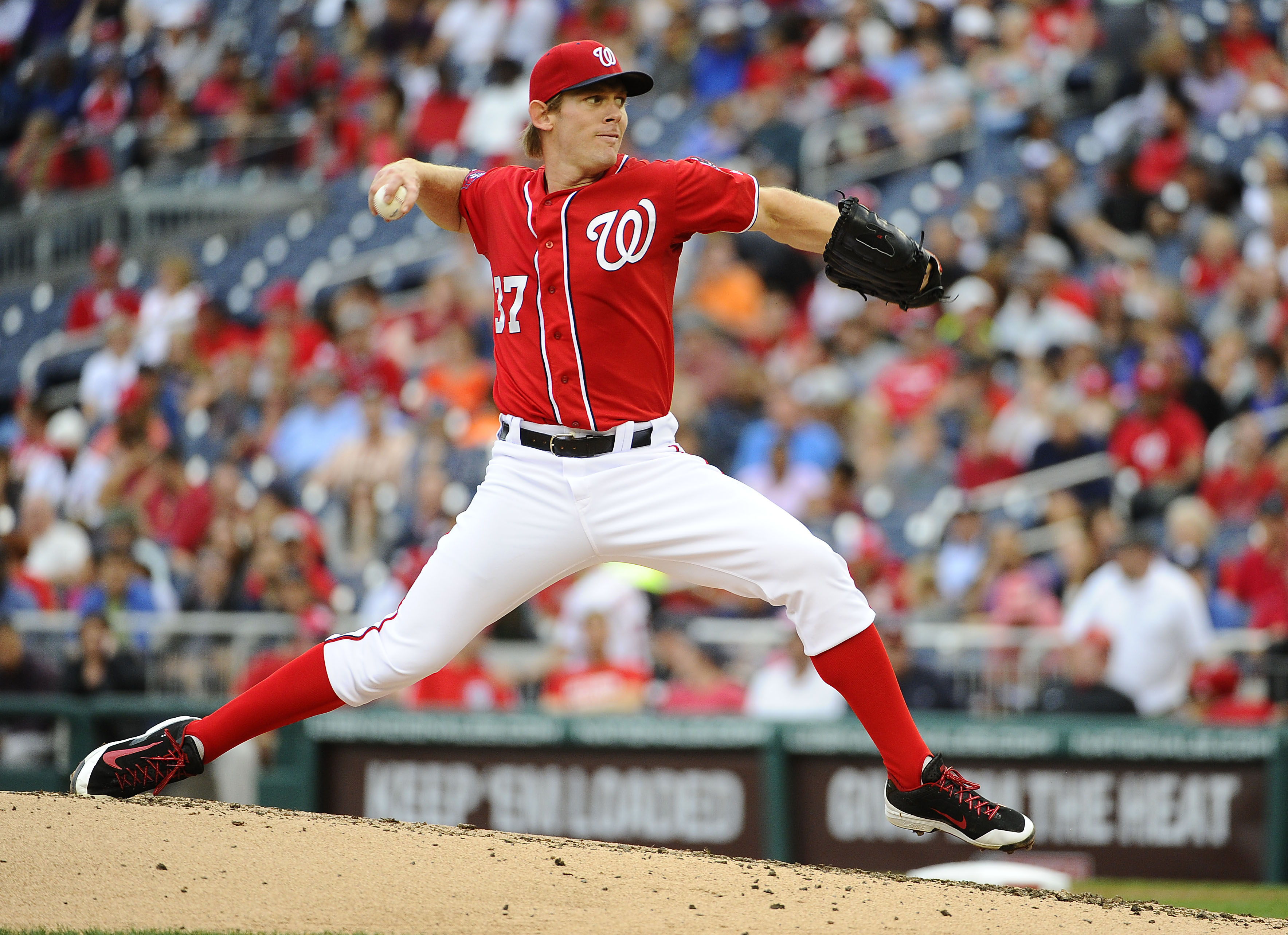 Jayson Werth talked to reporters about the changes that will be coming once this season actually ends.

"It's got a chance to be drastically different next year, so that's tough," Werth said, as quoted by MASNSports.com's Chris Johnson:

Will Matt Williams be one of the members of the "family" who is gone once the season ends? Or will he be back next year, trying to make up for the way things went?