Washington Nationals' NL MVP candidate Bryce Harper and Nats' closer Jonathan Papelbon exchanged words and got into a quick, physical altercation in the dugout in the eighth inning of this afternoon's game. The 12-5 loss was ugly, the exchange, uglier.

It was damage control mode for the Washington Nationals this afternoon after an eighth-inning brawl broke out between Bryce Harper and Jonathan Papelbon in the Nationals' dugout.

Harper popped out in the bottom of the eighth inning and ran down to first base, but as he turned right and returned to the first base dugout, Harper and the Nationals' closer got into an argument that continued for a moment and then exploded into a physical altercation that had to be broken up by the rest of the Nationals.

Papelbon was clearly seen grabbing Harper by the throat and pushing the Nats' 22-year-old MVP candidate back toward the bench before teammates intervened to bring a quick end to the altercation.

"Well certainly there's a lot of testosterone flowing among young men competing... so what I can tell you is this... this is a family issue and we'll deal with it that way." -Attribution goes here (optional)

Harper stormed through the dugout toward the clubhouse entrance and left the game.

Papelbon remained in the dugout and surprisingly (to some)/inexplicably (to many) went back out to the mound in the ninth, issued a one-out walk to Freddy Galvis and gave up a two-run, go-ahead home run by Jeff Francoeur.

The Phillies ended up scoring eight runs total in the ninth and won the series finale, 12-5, but no one was talking about the final score iafter the game.

Nats' skipper Matt Williams tried to his best to essentially "no comment" reporters.

"Well certainly there's a lot of testosterone flowing among young men competing," Williams said, "so what I can tell you is this... this is a family issue and we'll deal with it that way.

"There was an altercation in the dugout and we'll leave it at that."

Was it out of the blue, or is there some history there, since, after all, Harper did speak out after Papelbon hit Manny Machado up high after the Baltimore Orioles' slugger homered off Max Scherzer earlier this week?

Papelbon: "I think Bryce understands where I’m coming from. It’s squashed and it’s good, and we’re going to move on."

"Yeah. It's out of the blue," Williams said. "But we'll leave it that way. That's all I'm going to say on the matter, anything else?"

Oh, there were more questions...

"He apologized, so, you know, whatever, I really don't care," Harper said. "It's the next six days and keep doing what I'm doing. It's like brothers fighting." -Bryce Harper on altercation with Jonathan Papelbon

Will Papelbon be suspended for his actions, essentially throttling/choking Harper?

"He's being suspended," Williams said, referring to the pending three-game suspension for the HBP on Machado.

"Will he be suspended by the team?" a reporter asked.

"We haven't spoken about that yet," Williams said. "We just got done with [giving away] jerseys on the field, we'll speak about that as well."

The embattled, second-year skipper was asked what the thought process was in sending Papelbon back out for the ninth?

"It appeared that [Papelbon] put his hands on [Harper's] throat?"

"He's our closer," Williams said. "That's all I'm going to say on the matter. He's our closer, in a tie game he's in the ballgame in the ninth inning."

Williams said that Harper was not injured in the incident, and, with reports that Papelbon commented on Harper not exactly running out the pop-up, Williams was asked if that's why the Nats' 2010 no.1 overall pick was removed from the game at that point?

So why did he come out?

"We'll have more information for you at a later date, but right now we're going to keep it 'internal', as I said, this is a family issue."

Williams was asked later in the post game presser if this was his worst day in baseball?

"It's no fun when stuff like this happens," he said. "But it does happen and you must deal with it. So that's what we'll do."

Asked what if any message he had for the crowd that turned out for the last scheduled home game of the season, Wililams said, that this stuff is unfortunate, but does happen.

"It's competing. It's competition. You live six months with folks and you're going to have things like this happen, so we'll fix it, we'll deal with it. We'll be ready to play tomorrow."

Nats lose to Phillies, fight amongst themselves now too... 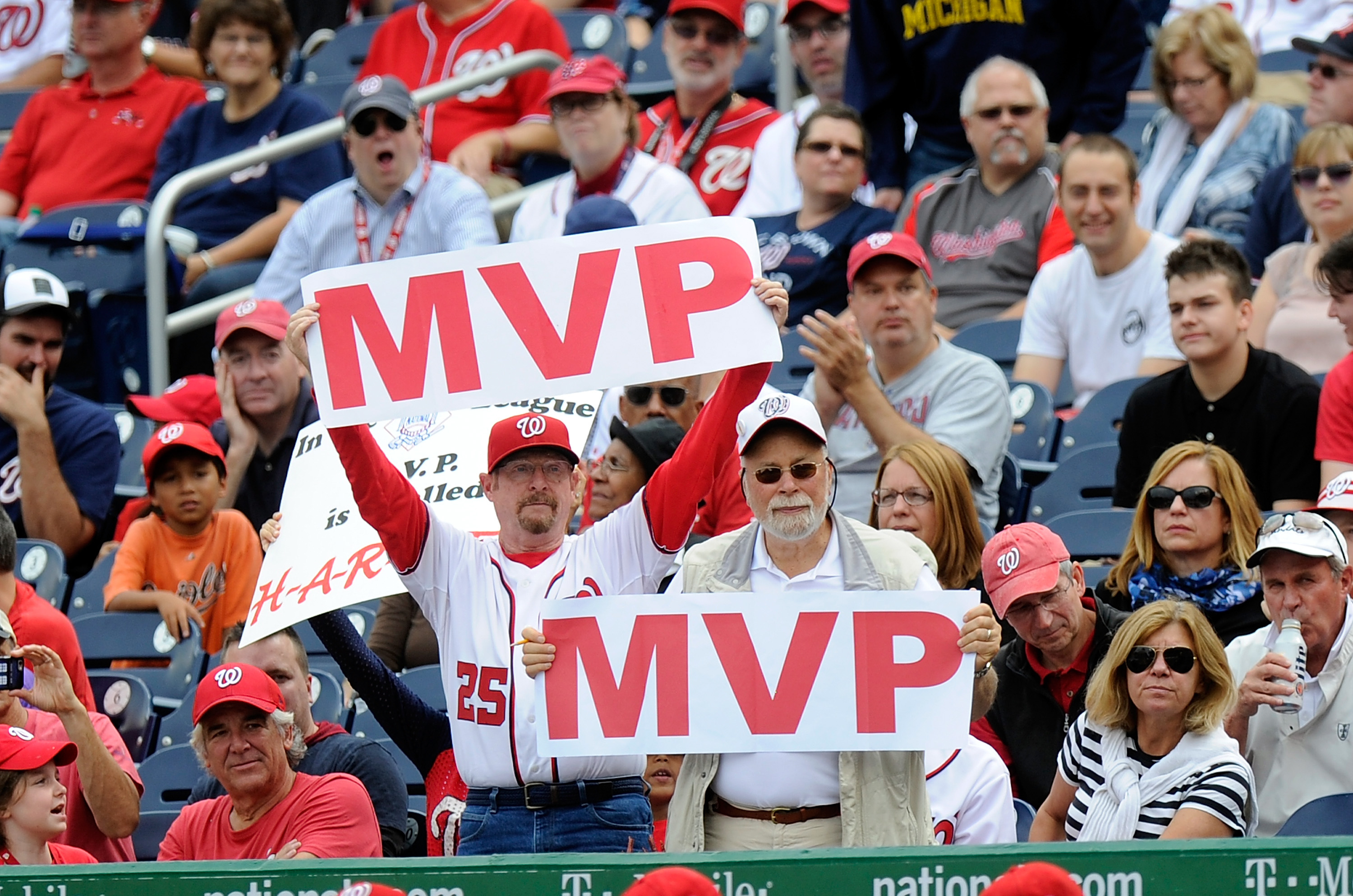 Harper too, said his focus was on moving forward when he spoke to reporters after the game, responding to just about every question that was asked by saying he's focused on doing what he needs to do over the remaining games after his previously scheduled day off tomorrow.

He did, however, respond when asked if Papelbon had apologized like the closer told reporters he did.

"He apologized, so, you know, whatever, I really don't care," Harper said.

"It's the next six days and keep doing what I'm doing. It's like brothers fighting. That's what happens and, you know, hopefully move forward and do what I can for the next six days to have some fun and play the game."

He's surely fought with his own brother before, but, Harper was asked, has he ever fought with a teammate?