Will Bryce Harper be back in the lineup tonight for the Washington Nationals' series opener with the Atlanta Braves? He left last night's game with left glute tightness after a pop-up in the fourth inning.

Towards the end of the 2012 campaign, former Washington Nationals' manager Davey Johnson was asked if there was anything he would like to see then-rookie outfielder Bryce Harper change about his game?

"I like him just the way he is, to answer your question," Johnson explained.

"I hope he gets to softening his slam into first base. But other than that everything else is pretty good." -Davey Johnson on Bryce Harper, late 2012

"A lot of people around the league tip their hat to that kind of all-in," Johnson said, but after giving it a moment, he did come up with one thing he thought he'd like to see Harper change.

"I hope he gets to softening his slam into first base," Johnson said, referring to Harper's tendency to stomp hard on first base as he ran through the bag on every hit or groundout.

"But other than that everything else is pretty good."

While he was hustling down to first base on a close play on a grounder to short on Tuesday night in St. Louis, Harper took a long last stride and stomped on the bag with his left leg, beating the throw, but he fell to the ground down the line once he did.

Harper remained on the field, and started last night, but after a pop to second in the fourth, Harper left the game.

The Nationals made a rare in-game report on the problem during last night's win, when they usually wait until a game has ended before providing any information.

Matt Williams talked about the glute issue after the Nationals' 4-3 win. 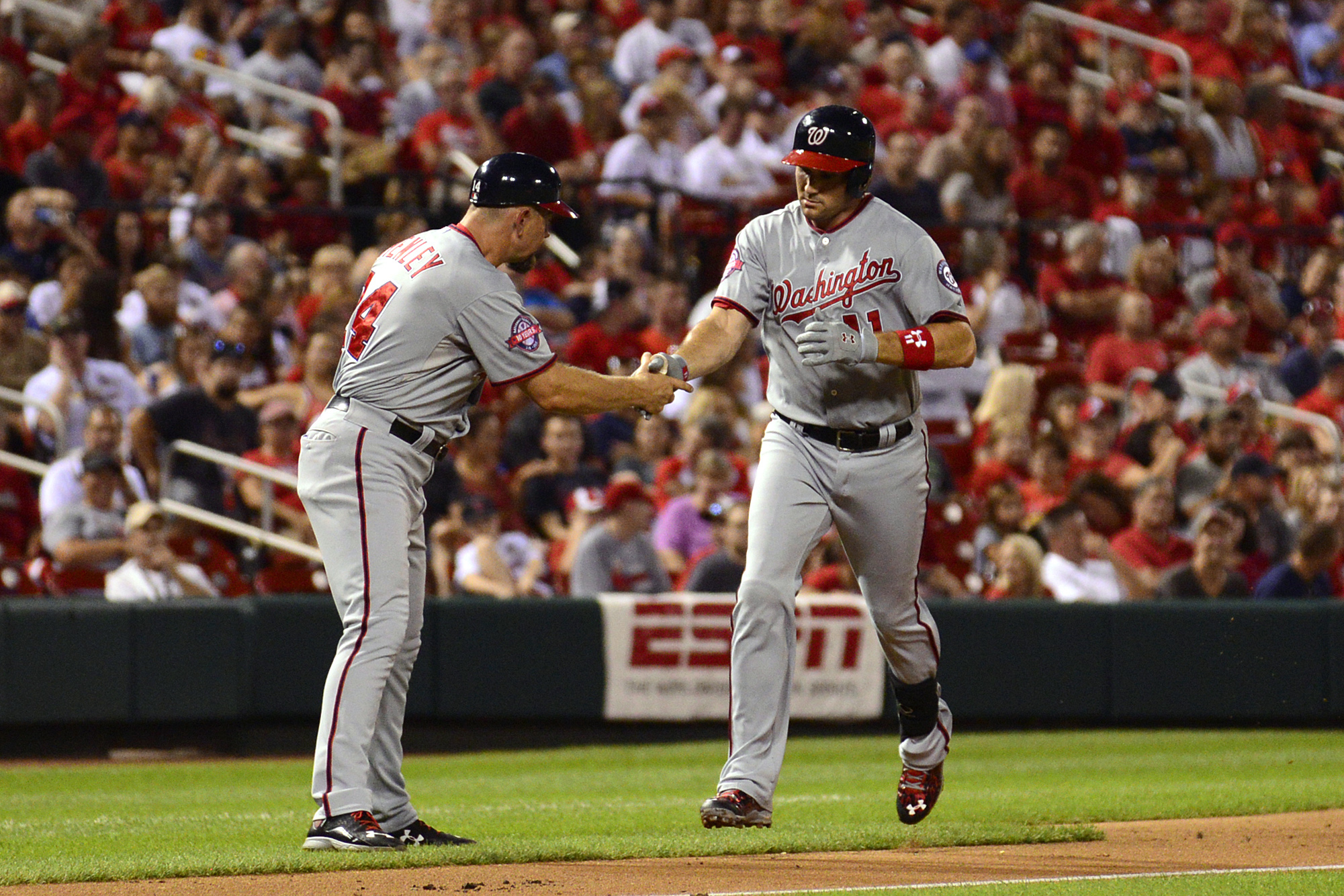 "Left glute tight today," Williams said. "And as the game went on it got tighter and tighter. He hit that little pop-up and went to go and really felt it. So got him out of there, make sure that we ice him down and hopefully get him ready for tomorrow.

"He was a little tight from BP," Williams explained later in his post game interview.

"Last night he hit the bag hard and went down. That bothered him a little bit. He was okay for batting practice and then after his first at bat, went back out there and it started to tighten up a little more, so not [taking] a chance with him."

We'll have to wait for today's lineup to be released before we see if Harper's back out there for the series opener with the Atlanta Braves, or if it's a problem that could keep him out for any length of time.