With runners on first and second and no one out and the Washington Nationals trailing the Atlanta Braves 2-1 in the ninth, Ian Desmond tried to bunt both runners over, but bunted into a double play instead. Maybe just let Desi swing away?

Share All sharing options for: Nationals' Ian Desmond bunts into double play in ninth inning of loss to Braves

Clint Robinson hit a leadoff double in the eighth inning of last Thursday night's game against the Baltimore Orioles in Nationals Park, a half-inning after the O's took a 5-4 lead over Washington when Blake Treinen gave up a single and two-run home run to the first two batters he faced, turning a 4-3 lead into a 5-4 deficit.

With pinch runner Wilmer Difo on second, running for Robinson, free-swinging shortstop Ian Desmond stepped in and squared to bunt, but dropped it right in front of the plate, allowing Orioles' catcher Matt Wieters to throw to third and cut Difo down for the first out of what ended up being a scoreless frame.

"Again, we don't have to be too fine there. We've got to get the ball down to the first baseman and on that side of the diamond and [Desmond] tried, the ball is running away from him..." -Matt Williams on Ian Desmond's failed sac bunt attempt vs Orioles

"Again, we don't have to be too fine there," Williams said, "we've got to get the ball down to the first baseman and on that side of the diamond and [Desmond] tried, the ball is running away from him and just went off the end of the bat and he didn't get enough of it to get it out there."

Of course, with Desmond at the plate, (who had six sac bunts this season, but dropped a sac bunt down just twice in the previous three seasons and had gone through 154 games and 648 plate appearances under Williams in 2014 without a sac bunt), and Difo's plus speed at second, a hit was likely to score the tying run rather than giving up two outs to get the runner over and drive him in, but late in a game down by one, Williams was trying to tie it up...

Last night in Atlanta, with the Nationals trailing 2-1 in the ninth, Jayson Werth and Robinson connected for back-to-back singles off Braves' closer Arodys Vizcaino to start the frame.

Desmond stepped in again, and once again he squared to bunt, dropping another attempt right in front of home plate that catcher A.J. Pierzynski pounced on, stepping in front of Desmond to play the ball and throwing to third for the first out of what ended up being 2-5-4 double play when Desmond, delayed by the catcher and fearing he'd be called for interference, was beat to first by the throw across the infield.

Matt den Dekker K'd swinging in the next at bat, and the Nationals fell to the Braves.

"We've got a chance there to get guys at second and third and a grounder or fly ball or whatever ties it. [Desmond] was out there early enough, it just bounced straight down..." -Matt Williams on Desmond's failed sac bunt attempt vs Braves

"We've got a chance there to get guys at second and third and a grounder or fly ball or whatever ties it," Williams said, when asked about the decision to bunt.

"[Desmond] was out there early enough, it just bounced straight down, straight up for the catcher in fair territory."

Asked about Desmond's late start on the way toward first, the second-year skipper said he just had to make his way around Pierzynski.

"I think, after the bunt, catcher is coming for it and he had to go around the catcher. Again, we just didn't execute it."

It was one of several instances in the last several weeks in which an inability to get the little things right led to a loss, a reporter noted.

"Yeah, you know, it's an opportunity for us there," Williams said. "We had an opportunity in the first and eighth as well, but it didn't happen for us tonight."

In the first inning, with Braves' starter Matt Wisler struggling to throw strikes out of the gate, Anthony Rendon and Trea Turner hit back-to-back singles to start the game, but three quick outs followed without either runner advancing.

In the eighth, a half-inning after Pierzynski's second home run of the game put the Braves up, 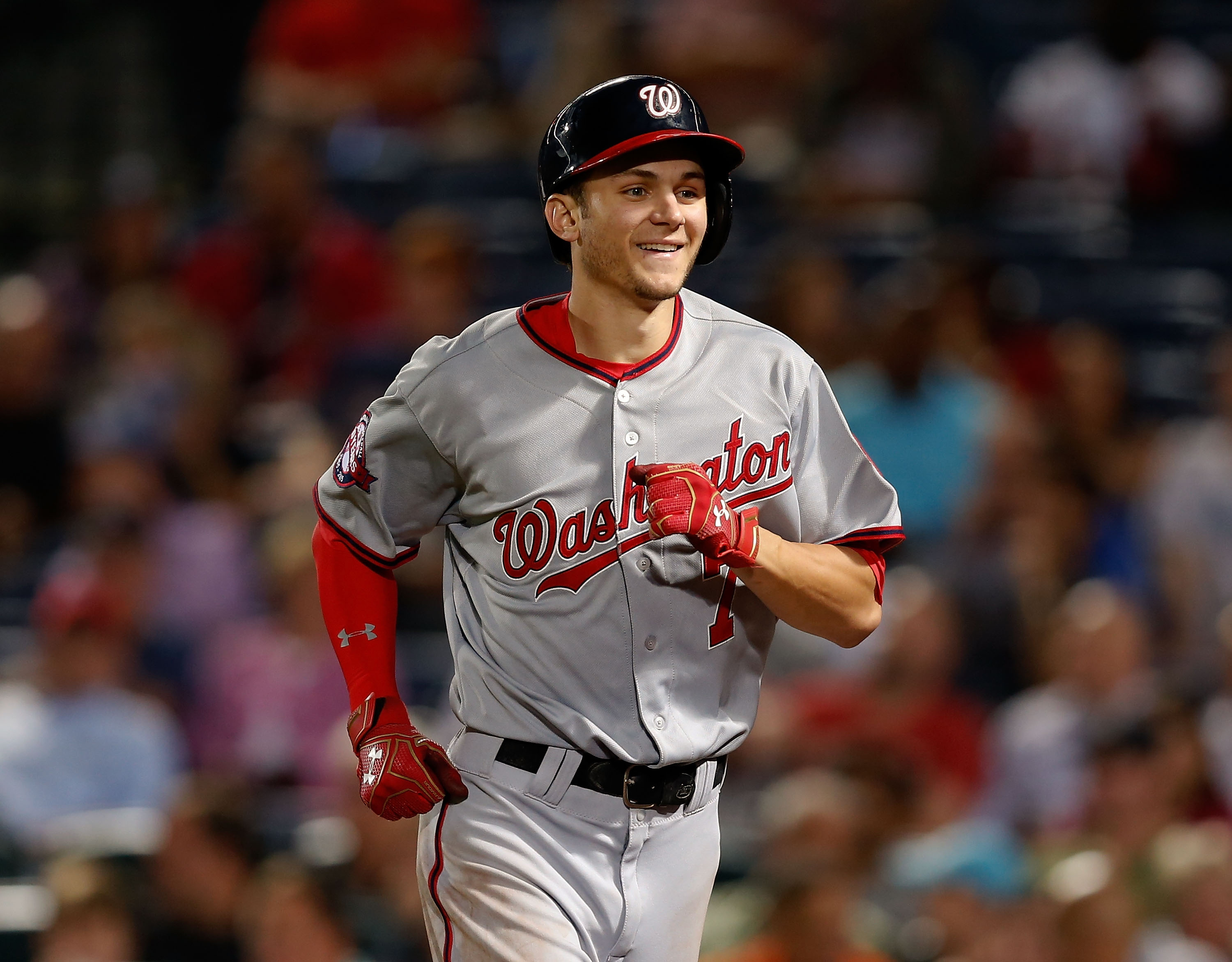 Edwin Jackson came on and retired Rendon, and after walking Turner and moving Johnson's pinch runner, Difo again, into scoring position at second in front of Bryce Harper, induced an inning-ending double play.

"We let the guys at the top of the order swing away in an effort to get to [Harper] to the plate," Williams said of that missed opportunity, but the bunt in the ninth?

"[den Dekker] is one of our hottest hitters right now, with an opportunity with guys at second and third. It just didn't get done."

Sacrificing Desmond to move the runners over and give den Dekker an opportunity to tie it? Could Werth have come around on a hit by Desmond? Should Williams have run for Werth there and let Desmond swing away? He did bring pinch runner Michael Taylor on for Clint Robinson at second after the double play. But late in a game, Williams was trying for one run to tie it up...

Desmond, as quoted by NatsInsider.com's Mark Zuckerman, was asked how comfortable he is bunting in situtations like that?:

How comfortable is Desmond bunting in that spot? "We've been down this road so many times, we should probably talk about something else."