Can the Washington Nationals recover from another "perfect storm" of events?

The Washington Nationals dug their own hole with a rough start to the 2013 campaign, but made a run down the stretch only to fall short. It's the Nats' rough start to the second half that has put them in a hole this time around? Can they recover in time?

Share All sharing options for: Can the Washington Nationals recover from another "perfect storm" of events?

Coming off a division title and a postseason run that ended in a disappointing loss to the St. Louis Cardinals in the NLDS, the 2013 Washington Nationals had high expectations.

A disappointing start, an 11-16 July and a 48-47 first half put them in a hole, however, which eventually proved too much to recover from in spite of the fact that they finished strong, going 32-16 over the final 48 games.

"We dug our own hole and we just couldn't dig out of it... We didn't do the things we were capable of early... We came back strong, but that's baseball." -Davey Johnson on falling short in 2013

"I don't feel too good," manager Davey Johnson told reporters after the Nationals were mathematically eliminated from contention.

"We gave it a good fight, we've just come up short. It was going to be a tough haul, but I'm proud of the guys."

"No doubt about it," Johnson said when asked if the slow start to the season doomed the Nationals.

"We dug our own hole and we just couldn't dig out of it."

"We didn't do the things we were capable of early," Johnson explained.

"We came back strong, but that's baseball. I love those guys. Great talent. Great makeup. We just didn't get it done."

"I've thought about it a lot. It wasn't just one thing. It was the perfect storm of events just led to us being too far back coming down the stretch."

"I always knew that we were going to make a run," Werth said.

"It just took us a little too long to get there. All in all, you look at the way we played coming down the stretch, and if we get into the postseason -- which we only missed by a couple games even though as bad as we played in the first-half -- if we get in, I think we're the best team in baseball at the time and I think it was ours to lose."

"You can't have a first-half like that," the veteran outfielder continued.

"I've thought about it a lot. It wasn't just one thing. It was the perfect storm of events just led to us being too far back coming down the stretch." -Jayson Werth on Nationals falling short in 2013

"But I think just the mentality going into the season might not have been in the right spot. Coming through what we went through the year before and the age of some of the guys and the inexperience, I think this year we're kind of further along and down the road from all that so hopefully we can start good and put all that stuff behind us and have the season I think we're capable of having."

The Nationals took the division again in 2014, winning 96 games and taking the NL East by 17.0 games, but the season ended in another NLDS loss, this time to the San Francisco Giants.

Washington entered the 2015 campaign with high expectations, but once again, a "perfect storm" of events has put them in a difficult position.

The Nationals' 48-39 first half had them in first place in the NL East at the All-Star break, but a 12-17 August and a 19-26 second half so far has left them 6.0 games behind the division leading New York Mets as of this morning.

Jayson Werth missed significant time after a hit-by-pitch fractured bones in his left wrist, but after a slow start upon his return the lineup, the now-36-year-old outfielder has come on strong in the last few weeks after a move to the leadoff spot.

Ryan Zimmerman got over his issues with plantar fasciitis in his left foot, got his rhythm and timing back at the plate, and over the last 35 games, the 30-year-old first baseman has gone on a run that's reminded everyone what sort of numbers he's capable of producing.

But Denard Span's been in and out of the lineup all year and is done for the season. Anthony Rendon missed significant time with a string of injuries. Wilson Ramos has struggled offensively.

Nationals 15-1 over the Braves in series opener 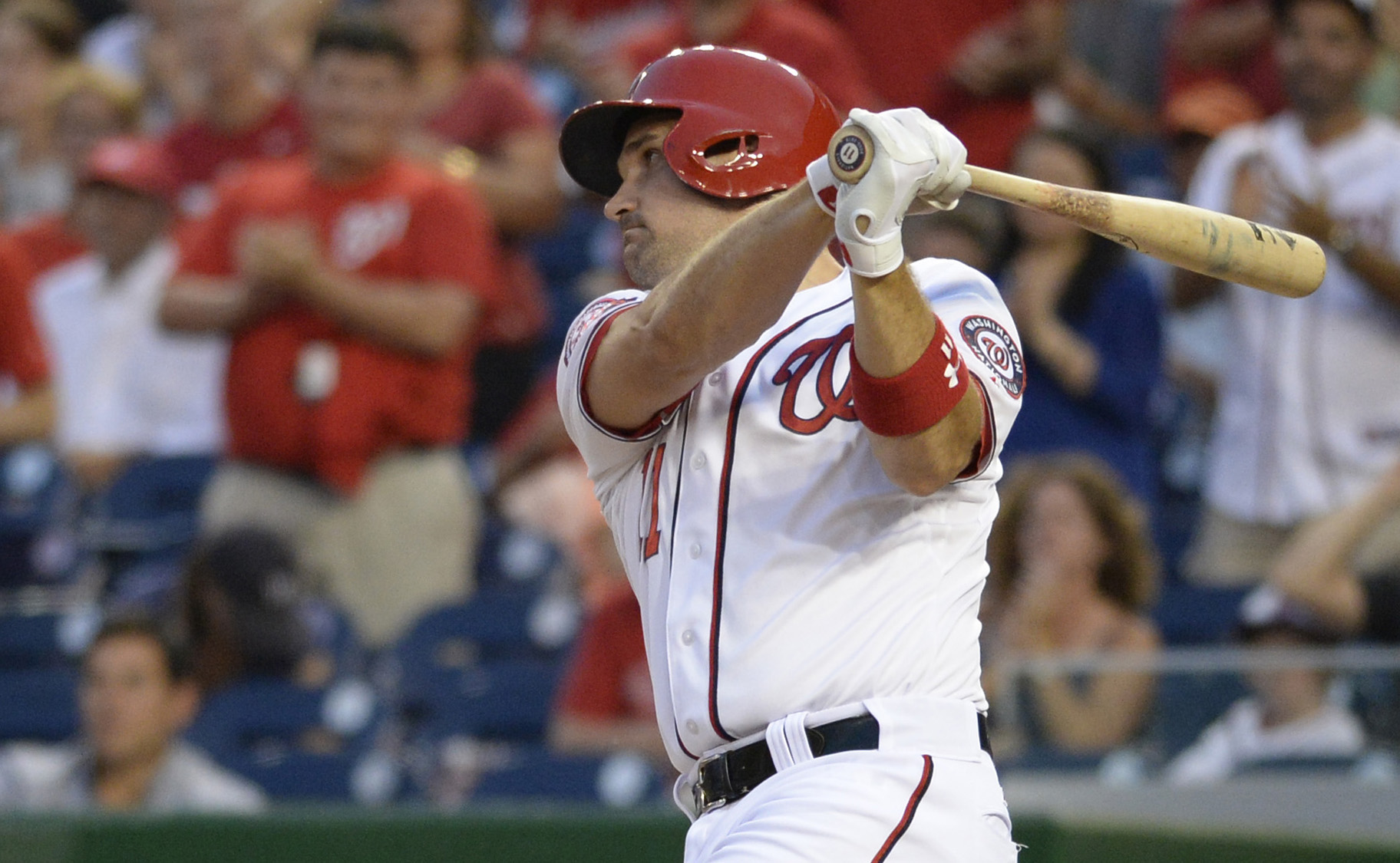 Ian Desmond started slow but has turned things on in the second-half, putting up the sort of numbers that he's put up over the last few seasons.

Stephen Strasburg has had an up and down season that has him momentarily out of action again right now. Max Scherzer is struggling right now after a first-half that had him in the Cy Young race.

The Nationals are making a run, but will the hole they dug for themselves be too much to overcome once again?

They have 29 games left, six of them with the Mets. It's going to be fun watching them try.

Guest blogger Patrick Reddington of @federalbaseball wonders if the #Nats dug too big of a hole for themselves: http://t.co/LEGNBxVfwb