Bryce Harper hit his 34th home run of the season in the third inning of the Washington Nationals' 8-4 win over the Atlanta Braves on Sunday afternoon in the nation's capital. It was his third home run in the last three games.

Bryce Harper's 2 for 4 game in the series finale with the Atlanta Braves on Sunday left him 7 for 11 in the four-game set in the nation's capital with three homers, two doubles and seven walks in Washington's sweep of their NL East rivals.

"It's difficult to say what's going through his mind at that point, but it looks like he's just trying to hit a single. That's what it looked like." -Matt Williams on Bryce Harper's 33rd home run on Saturday

After Harper hit home run no.33 on Saturday night, taking Shelby Miller deep for a two-run blast to left-center field, Nats' skipper Matt Williams talked about the 2010 no.1 overall pick's plate discipline after he battled Miller in a ten-pitch at bat and crushed a full-count cutter.

"So, for me that's what it looks like and I think that's the evolution, it's continuing."

"He's under control and he's seeing it well, he's got good knowledge of the strike zone, and if he gets the proper pitch then he's got a chance to hit it over the fence..." -Matt Williams on Bryce Harper's approach at the plate

"It’s almost like he’s got the cheat codes to a baseball game," Gio Gonzalez told reporters, including the Washington Post's James Wagner, after Harper helped him to a win in a game in which Gonzalez threw six scoreless innings against Atlanta.

Harper kept swinging a hot bat on Sunday afternoon, going 2 for 4 with another opposite field blast and another walk.

So what's working for Harper when he's on a roll like he is right now?

"I think it's, one, his stroke is under control, as evidenced by the last couple of games," Williams said today.

"Granted the balls go out of the ballpark, but the telling at bat is the one to left in the last at bat today."

Harper battled Edwin Jackson in his final trip to the plate this afternoon, and lined a 2-1 pitch to left field for a two-out single. 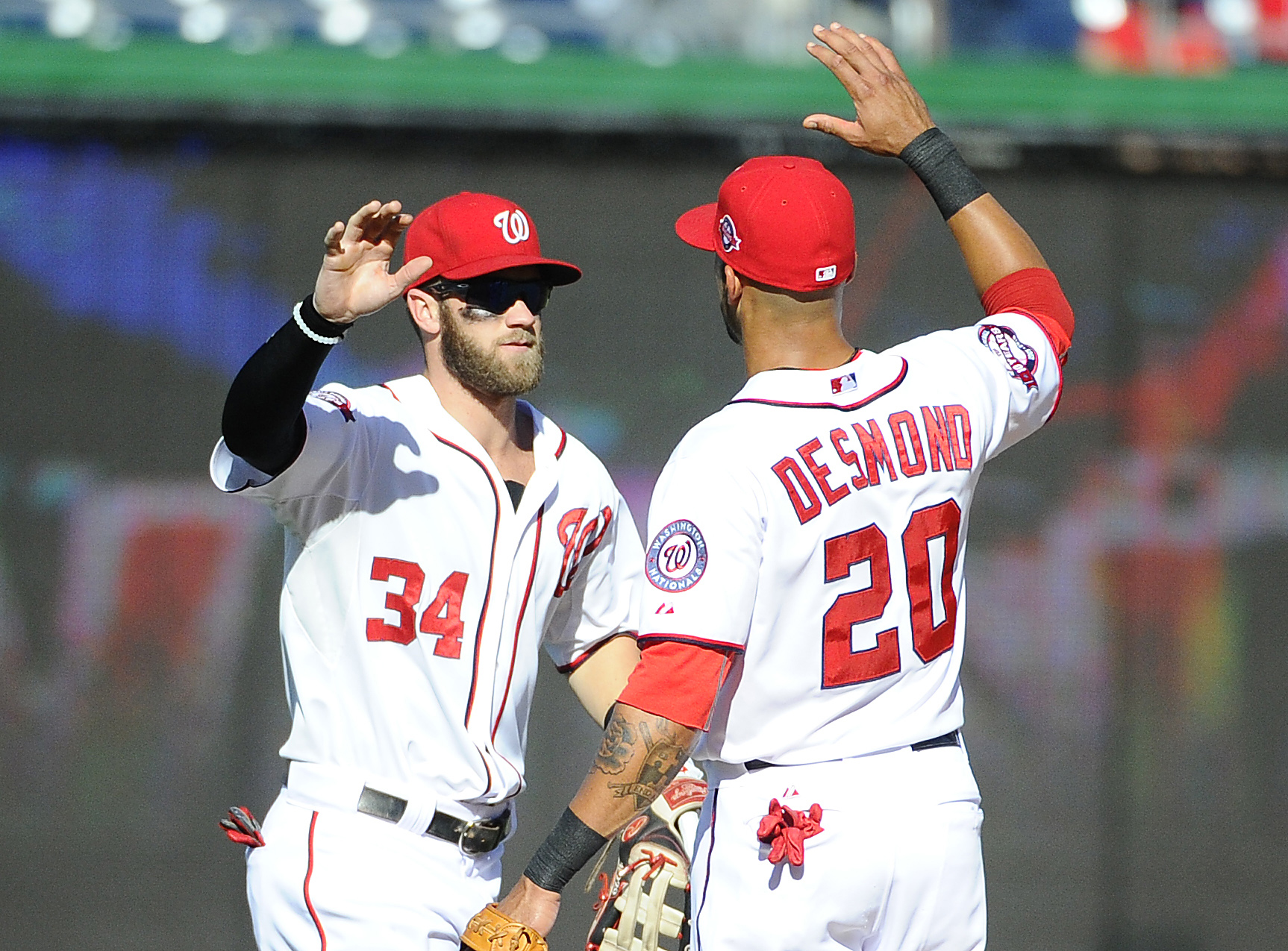 "He's under control and he's seeing it well, he's got good knowledge of the strike zone, and if he gets the proper pitch then he's got a chance to hit it over the fence, but if you try to force it, it doesn't happen very often."

Without "forcing it" it's happened 34 times this season for Harper, who ended the weekend first in the NL in batting average, first in on-base percentage, first in slugging percentage, second in HRs (behind Rockies' third baseman Nolan Arenado and Rockies' outfielder Carlos Gonzalez - 36 home runs each), second in walks (with 107, behind only Joey Votto's 121) and first in WAR (+8.3 fWAR before today's game).