The Washington Nationals rallied from an early deficit, but gave up the lead again in an 8-5 loss in the series opener with the New York Mets in the nation's capital. Max Scherzer struggled and the Nats came up empty against the Mets' bullpen.

Max Scherzer worked around a leadoff, ground-rule double by New York Mets' outfielder Curtis Granderson in the first inning on Monday, getting a fly to right and two swinging strikeouts after Jayson Werth lost the fly ball off Granderson's bat and let it bounce off the track and into the stands.

There was no working around Michael Conforto's first-pitch blast to left in the second, however, or the one-out homer Kelly Johnson hit over the out-of-town scoreboard in right one out later to put the visiting team up 2-0 in the first game of the three-game set in Nationals Park.

Yoenis Cespedes followed with another solo home run to left in the top of the fourth, making it 3-0 early in the series opener in the nation's capital.

"I haven't seen today's footage, but when he does get in trouble, the ball is more lateral as opposed to having down movement." -Matt Williams on Max Scherzer's recent struggles

Washington stranded runners in the second and third innings but rallied to take the lead in the fourth, loading the bases against Mets' lefty Jon Niese before Wilson Ramos hit a 1-2 breaking ball out to left and over the visitor's  bullpen for a 4-3 lead. Michael Taylor then singled and scored on a Jayson Werth double, 5-3.

"The ball in the first inning from [Granderson] really carried, made it all the way to the track and over [Werth's] head and then the ball that Cespedes hit, hit it pretty good, but generally that one doesn't carry as well. We took the lead there and we had a chance."

The Mets picked up a run in the fifth with Ruben Tejada doubling with one down and scoring on a grounder into the right field corner off Granderson's bat, 5-4, but the Nationals threatened to extend their lead in the bottom of the fifth when Yunel Escobar and Ian Desmond led off with back-to-back singles.

Two outs later, however, Scherzer's spot in the lineup came up with runners on second and third in a one-run game.

Williams let Scherzer bat and he grounded out to second to strand both runners, then took the mound and gave up the lead.

"He's our best option in the sixth inning. He's got pitches left... He's at 90 and he's got the lead, he's our no.1 for a reason." -Matt Williams on sticking with Max Scherzer in the fifth/sixth

Yoenis Cespedes doubled to center, took third on a balk one out later and scored on a sac fly to left off Travis d'Arnaud's bat, 5-5.

"Cespedes led off with the double and then the balk and then the sac fly," Williams explained when asked about the decision to stick with Scherzer, who finished the sixth.

"He's our best option in the sixth. He's our horse going out there."

Asked about the balk, which Cespedes helped cause by taking an aggressive lead after Scherzer came set, Williams said simply, "He looked back and moved his hands."

Scherzer took the loss hard, telling reporters, including Washington Post writer James Wagner, that he was up in the zone again: 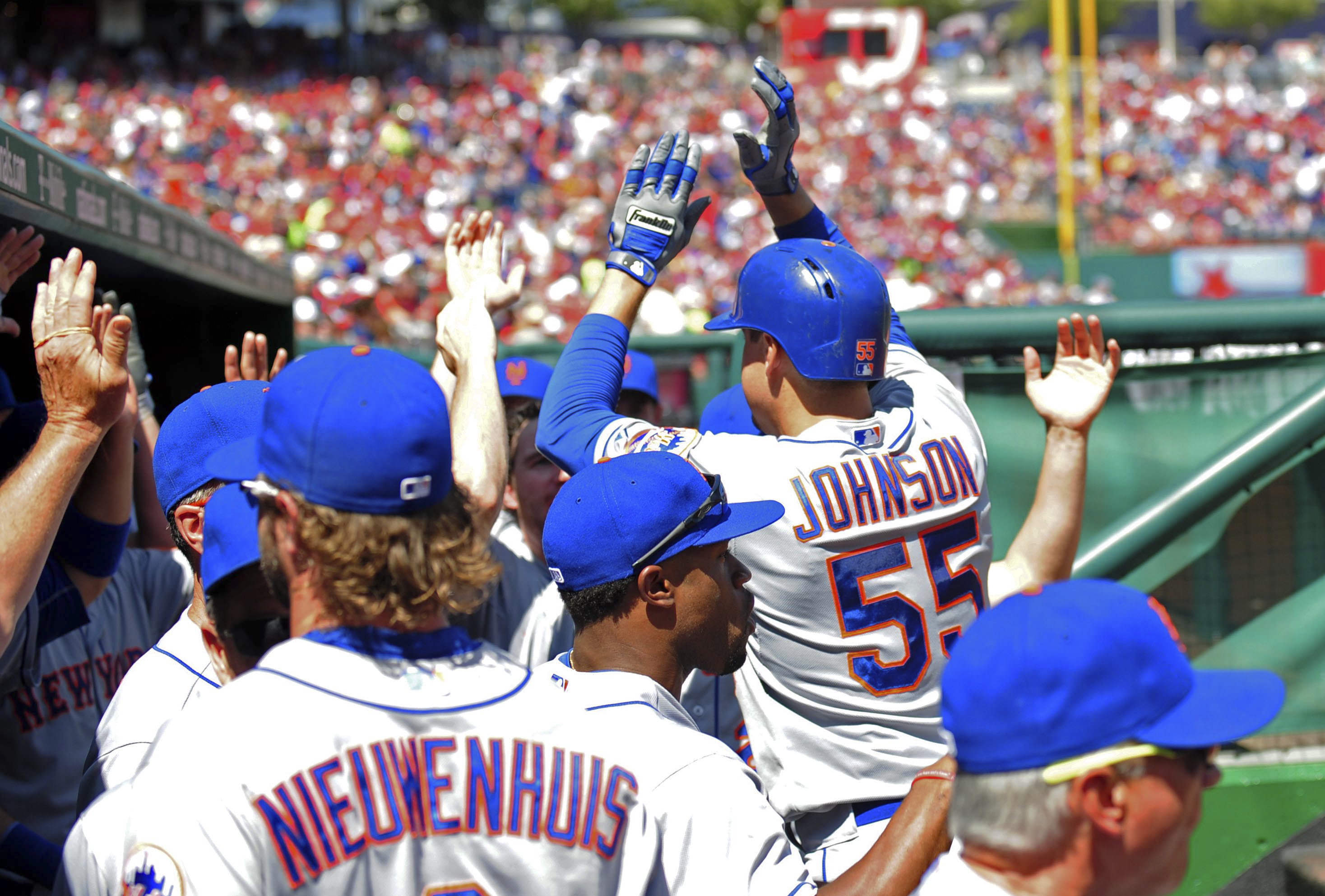 A three-run seventh put the Mets up for good, and New York's bullpen took care of the rest, retiring 12-straight after the singles that started the fifth and 15 of the last 16 batters the Nationals sent to the plate, eight of whom struck out.

Williams said the Nats' offense, (which has produced 41 runs in the last five games, though 36 were against Atlanta), gave the Nationals a chance to win.

"I think that over the last week it's been really good," he said.

"Five again today, albeit it one by one swing and then Jayson came up with a big double to get us our other one. And then it's a tie game after six and we've got a chance, four cracks at them and didn't quite get it done."