The Washington Nationals led 7-1 at one point last night, but things fell apart when Matt Williams went to his bullpen. A 12-batter, six-walk, six-run seventh left things tied and the New York Mets went on to win their second straight in the nation's capital.

New York threatened to pull within one run in the top of the sixth. Washington led 3-1, but Curtis Granderson hit a triple to center off Nationals' starter Jordan Zimmermann with one down. Zimmermann struck Yoenis Cespedes out for the second out of the frame, but the 2-2 fastball he threw by the red-hot slugger was his 100th pitch and left-handed hitting infielder Daniel Murphy, (who was 0 for 2 on the night, but 20 for 61, .328 AVG, with five doubles and four home runs vs Zimmermann to that point in their respective careers), was due up, so Nats' skipper Matt Williams went to the bullpen for left-hander Matt Thornton, who got a line drive to center from Murphy for out no.3.

"I think that was the right move taking me out in that situation," Zimmermann told reporters after the game.

"[Thornton] came in and got him out. Everyone knows [Murphy's] numbers against me, lifetime, and they're pretty good and [he] hit two balls to the track tonight. So, I'm fine with that move."

The Nationals loaded the bases with no one out in the home-half of the sixth inning, and scored four runs for a 7-1 lead, knocking Matt Harvey out of the game when Cespedes misplayed Michael Taylor's grounder to center into a Little League grand slam with a three-run error that put Washington up by six.

Blake Treinen gave up a leadoff single by David Wright in the top of the seventh, but retired the next two batters without Wright moving into scoring position.

A two-out walk to Michael Conforto did put Wright on second, however, and Wilmer Flores' single brought Wright in to make it a 7-2 game.

Felipe Rivero took over, so Mets' skipper Terry Collins burned pinch hitter Kelly Johnson for a righty vs lefty matchup with Juan Uribe against the Nationals' rookie left-hander, who walked Uribe and Granderson in back-to-back at bats, loading the bases with the first and forcing in a run with the second before he too was lifted with the score, 7-3.

Drew Storen came on for Rivero, but two pitches into his outing it was suddenly a one-run game after Cespedes cleared the bases with a three-run double to left. 7-6.

Storen issued back-to-back walks to Murphy and Wright, with a wild pitch in between, and the bases were loaded up for Lucas Duda, who took the sixth walk of the inning to force the tying run in, 7-7.

"For me it's been not throwing the ball where he wants to. Breaking balls up in the strike zone have been part of the issue. And tonight he just missed. Just missed with those pitches." - Matt Williams on Drew Storen's struggles vs the Mets

Treinen gave up two hits, a walk and three earned runs in a 22-pitch appearance.

Rivero walked two and was charged with two runs.

Storen threw 22 pitches, just seven for strikes giving up a double, three walks and a run.

"They just had issues with the strike zone tonight," Nats' skipper Matt Williams said when asked about the bullpen meltdown.

Treinen and Rivero are relatively untested as major leaguers still, but Storen? Williams was asked what the issue was for the 28-year-old closer-turned-set-up man?

"Balls just off the strike zone," Williams said. "Just down, just off. The pitch to Cespedes was a fastball. He started him with a breaking ball and missed and then fastball down in the corner.

"And then he just didn't get back in the strike zone enough. Got the last out. Score tied, but at that point we had given up the runs and tied the score, so had to go to Papelbon for two."

• Storen vs the Mets:

"For me it's been not throwing the ball where he wants to," Williams said of Storen's recent struggles, which have seen the right-hander give up 15 runs, 13 earned in his last 13 innings of work.

"Breaking balls up in the strike zone have been part of the issue," Williams added. "And tonight he just missed. Just missed with those pitches."

Williams said he couldn't explain why all three pitchers in the seventh struggled to throw strikes.

"I can't," he said. "What we must do now is get them back up on that horse as quickly as possible.

"Felipe has been really good. Drew, of course, has great pedigree and has been a very important part of this team. 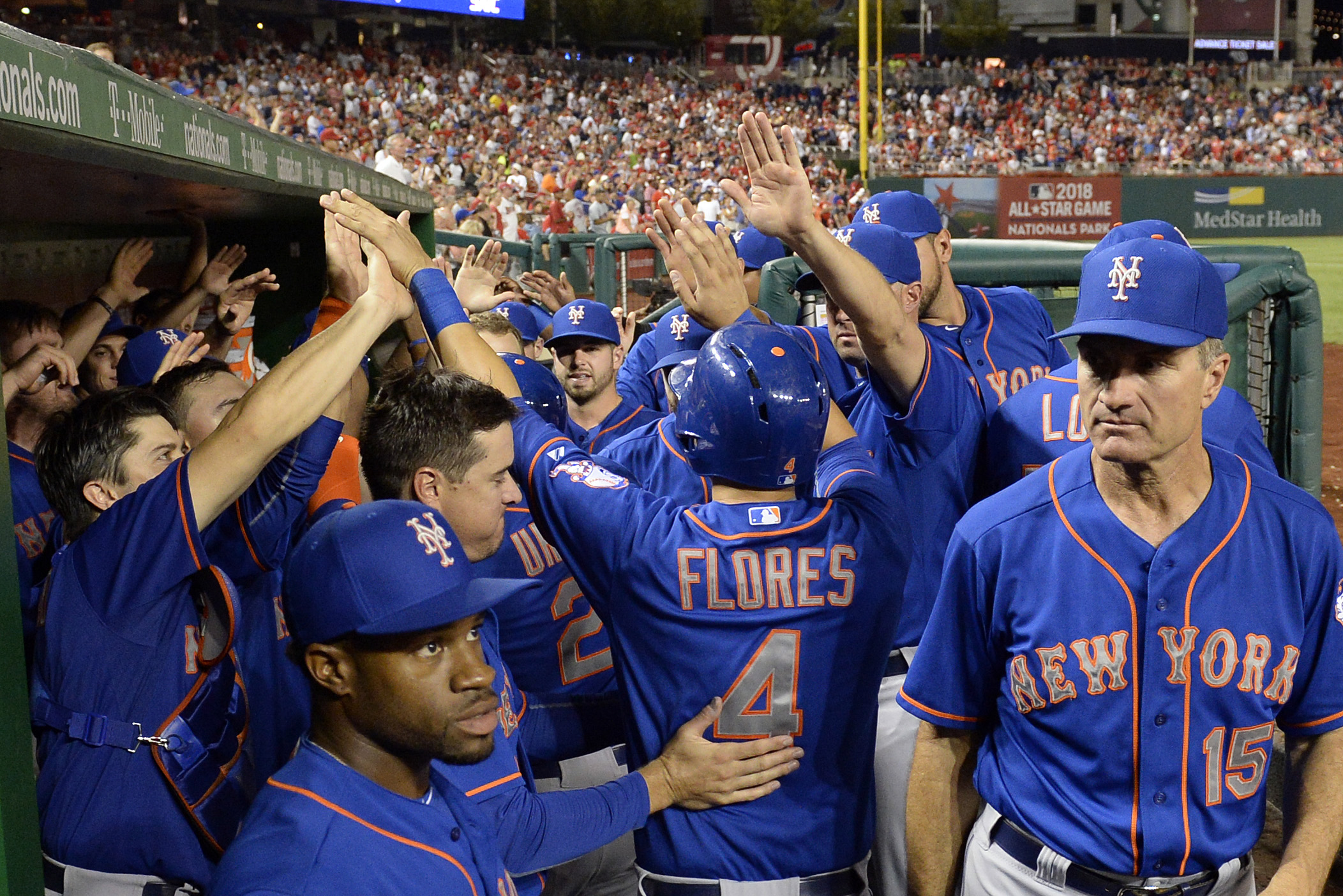 "Blake has been tough on righties as well. So it's important for us to be confident in that regard and we'll move forward."

So how do the Nationals recover from this?

As Williams has said throughout his two seasons on the bench, they have no choice but to move on and get back to work.

"We have to play tomorrow against a really tough pitcher. We have to come out and offensively do what we did tonight. We had some opportunities, took advantage of those opportunities. Got to do that again tomorrow. Got [Stephen Strasburg] going for us so we're confident in that."