The Washington Nationals got more left-handed, added depth to the bullpen and the outfield, so are they done building the roster for the 2016 campaign? Nats' GM Mike Rizzo, manager Dusty Baker, infielder Daniel Murphy and outfielder Ben Revere on the roster.

Daniel Murphy talked, in his introductory press conference, about one of the obvious benefits of joining Washington after years of facing the Nationals: No longer having to face the Nats' rotation.

"Looking from the other dugout," Murphy explained, "it didn't go much further than seeing [Max] Scherzer, [Stephen] Strasburg, Gio [Gonzalez], was kind of the first thing you thought about when you knew you were coming to town.

"I like the rotation as it is. We have a very talented, quality starting rotation. We have a lot of depth. I like the roster as we are constructed right now." -Mike Rizzo on the Nationals' rotation and roster

With Murphy's addition on a free agent deal, along with the one-year contract that brought Stephen Drew to D.C., the trade that got the Nats the leadoff man they were after this winter in Ben Revere, and numerous bullpen additions, the Nationals seem happy with the roster they've assembled with a little over a month to go before the start of Spring Training.

Before that last move was even made, Murphy said he was impressed with what Nationals' GM Mike Rizzo and the Nats' ownership have built.

"I think with what Mr. Rizzo and Mr. Lerner have already done, they've laid the foundation of a really, really competitive team here," Murphy told reporters.

"I've gotten to experience that competitiveness over the last six or seven years being in New York.

"It's always a tough place to come in here to play. I think the rotation itself, starting with the pitching rotation is deep and it is talented and then when you start talking about position player-wise, you've got the best player in the National League -- possibly on Earth -- hitting third for you every night is nice. Competing against Anthony Rendon, Jayson Werth, Michael Taylor, it's just a good group. Hopefully I can come in and just help to add to the foundation that's already been laid around here."

After acquiring Revere, Rizzo said he was happy with the current roster.

"I like the rotation as it is. We have a very talented, quality starting rotation. We have a lot of depth. I like the roster as we are constructed right now. I don’t see any major needs that we haven’t addressed."

Ben Revere told reporters, as quoted in The Washington Post, that he looked forward to playing alongside his new teammates in the Nationals' outfield.

"Bryce, he’s a great guy, of course, the MVP. I’ve been watching him for a long time, definitely one of the top guys," Revere said.

"Him, [Mike] Trout, all those guys, top hitters. I know I’ll get over there, I’ll be like, ‘Man, I’ll just try to get you a lot of RBIs so you can win back-to-back MVPs.’ Of course, him and Werth, they’re such great hitters. They each drive the ball, hit it way out of the park. They make my job easier. All you got to do is get in scoring position, which, you know, main thing is get on base — base hit, walk, error, doesn’t matter, just get on — get in scoring position and let those guys do the work. Whatever I do is just to help those guys get their RBI stats up, that’s all I want to do."

"We like where we’re at right now depth-wise in the outfield," Rizzo said after the Revere trade.

"We gave our manager Dusty Baker a lot of different options, a lot of different ways to go. We feel good at where we’re at balance-wise in the lineup. Athleticism, speed – those are all things that we tried to adhere to this winter and to improve ourselves in. 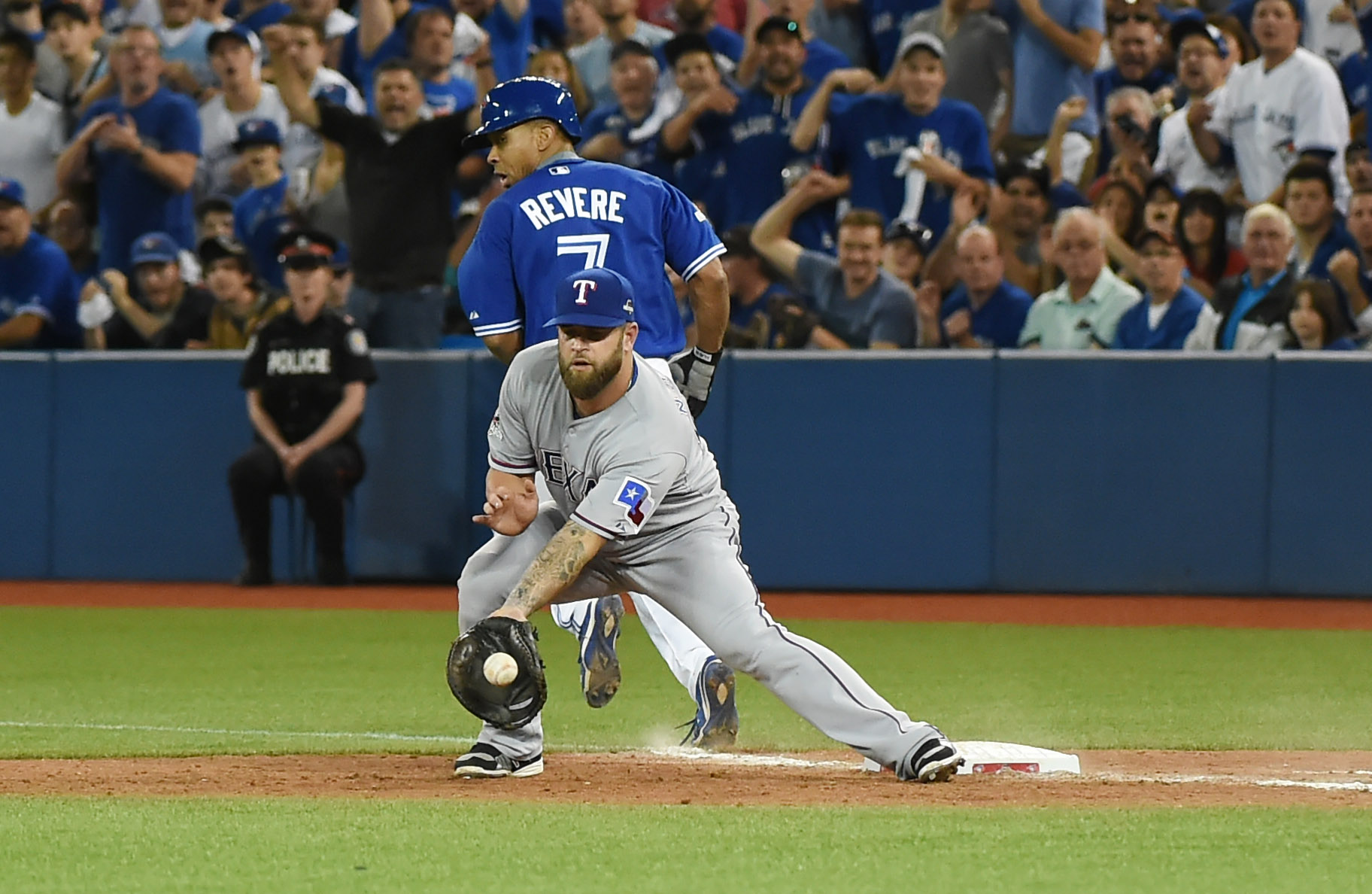 "And I think when you look at the athleticism we’ve added, the accomplished major league hitters that we’ve put on the roster, the guys that don’t strike out much and move the ball around and can play really opportunistic offense. I think that was what we were going into the offseason trying to do and I think we’ve accomplished a lot of our goals."

Are Rizzo and Co. in the Nats' front office done building the roster for 2016 outside of the usual minor league deals and Spring Training invitations?

Will they go forward with the pitching depth already on the roster or try to bolster the starting corps before pitchers and catchers report?