In a recent court filing, the Washington Nationals claimed that the ongoing dispute with MASN/the Baltimore Orioles over television rights fees is affecting their ability to compete for top free agents and invest in necessary improvements organization wide...

While it's sure to be fodder for those who will joke that one of the wealthiest owners in sports is "crying" poverty, that's not exactly what the Washington Nationals were saying in a court filing last week which explained how the lack of any resolution in their years-long dispute with the Baltimore Orioles and MASN over television rights fees was affecting the Nationals' ability to compete in the free agent market and make necessary improvements organization wide.

Hollywood Reporter columnist Eriq Gardner wrote about the latest developments in the "escalating war" between the Nationals/MLB and the Orioles/MASN over the weekend, detailing the history of the dispute and reporting on the fact that the Nationals now believe it's affecting their ability to sign free agents, as explained in the memorandum.

[ed. note - "If you are completely in the dark as to the history here, you can catch up quickly through the tireless efforts of FBB's Garrett Hooe here, here and here and here and here. And once again, to get everyone up to speed, here's the short-as-possible recap, as the Hollywood Reporter's Eriq Gardner summed it up in his article this past Friday."]

Baltimore Orioles' owner Peter Angelos objected to the idea, arguing that a new franchise in the nation's capital would pull fans and television viewers from the O's fan base/territory.

"Back then," Gardner explained, "the parties worked out a deal whereby the Orioles would hold a majority partnership profit interest in MASN and get to telecast Nationals games at a substantial discount from 2005 to 2011."

And, of course, that's where, in 2012, things got interesting, as Gardner wrote, when there was no agreement on what was "fair market value" when it came time to renegotiate the TV rights fees:

"The Orioles alleged all sorts of shenanigans in the arbitration process, accusing the league of 'corruption' and 'fraud.' In November, the Baltimore Orioles and its Mid-Atlantic Sports Network (MASN) won on one point: the conflict of lawyers. The law firm of Proskauer Rose represented the Nationals at the arbitration, but also represented... MLB in other matters.

The Nationals, Orioles and Major League Baseball have all appealed the decision.

Washington, after retaining new representation, wanted to return to arbitration.

Baltimore has thus far declined to do so, leading the Nationals to file, "... a motion to compel the Orioles to comply with the judge's November opinion."

The Orioles' "refusal" to move forward, the Nationals argued, is causing significant harm, as explained in the affidavit, which was quoted extensively in the Hollywood Reporter article and a subsequent Washington Post report by James Wagner:

"While the Nationals have a strong business, with access to revolving credit lines, and maintain adequate cash reserves, the Nationals nevertheless have various cash flow needs necessitated by payroll and other ongoing expenses. MASN’s underpayment of rights fees has already required the Nationals to fund payroll and other expenses from its own reserves, and further delay could require the Nationals to seek new financing. This is not only burdensome in its own right, but it places the Nationals at a competitive disadvantage to other baseball clubs, which typically receive fair market value from their regional sports networks for their telecast rights. Without this added income, the Nationals are handicapped in their ability to invest in efforts to improve the team. For instance, without this added and steady income, the Nationals cannot bring full economic confidence to investments in multi-year player contracts to keep up with the fierce competition for top players – especially when such control over finances is in the hands of a neighboring club.

Nationals' vice chairman Ed Cohen also asserted, "... that the Orioles are refusing to participate in the arbitration as a way to gain leverage in a negotiated resolution."

The Nats are now playing the card that they are hindered competitively because of the O's-MASN dispute. Believable? https://t.co/wsOZvC3ca3

As noted in the WaPost report, "[n]o supporting documents were provided to show specific examples of how the Nationals were affected in their pursuit of top players or stadium-related improvements."

Peter Gammons gave the "specific examples of how their pursuit of top players was affected" a shot, writing Tuesday night that the Nats missing out on free agent targets like Darren O'Day, Ben Zobrist, Jason Heyward and Yoenis Cespedes this winter, "... can be traced back to the MASN deal Major League Baseball brokered with Baltimore owner Peter Angelos when the Expos were moved to Washington."

The Nationals, Gammons writes, "... complain they’ve barely been paid over the last three years, which is why every deal they offer has to be heavily backloaded with deferrals."

Using the recent pursuit of Cespedes as an example, he explains how much the Nationals' rumored $110M offer was really worth:

Cespedes got three years for $75M for three years from the Mets. Straight deal. Opt out. The paper five year, $110M deal Washington reportedly offered was spread out over 15 years, so, in present day value, it was five years, $77M. Cespedes and his agents are not dumb. Three years and $75M or five years and $77M? Nope." 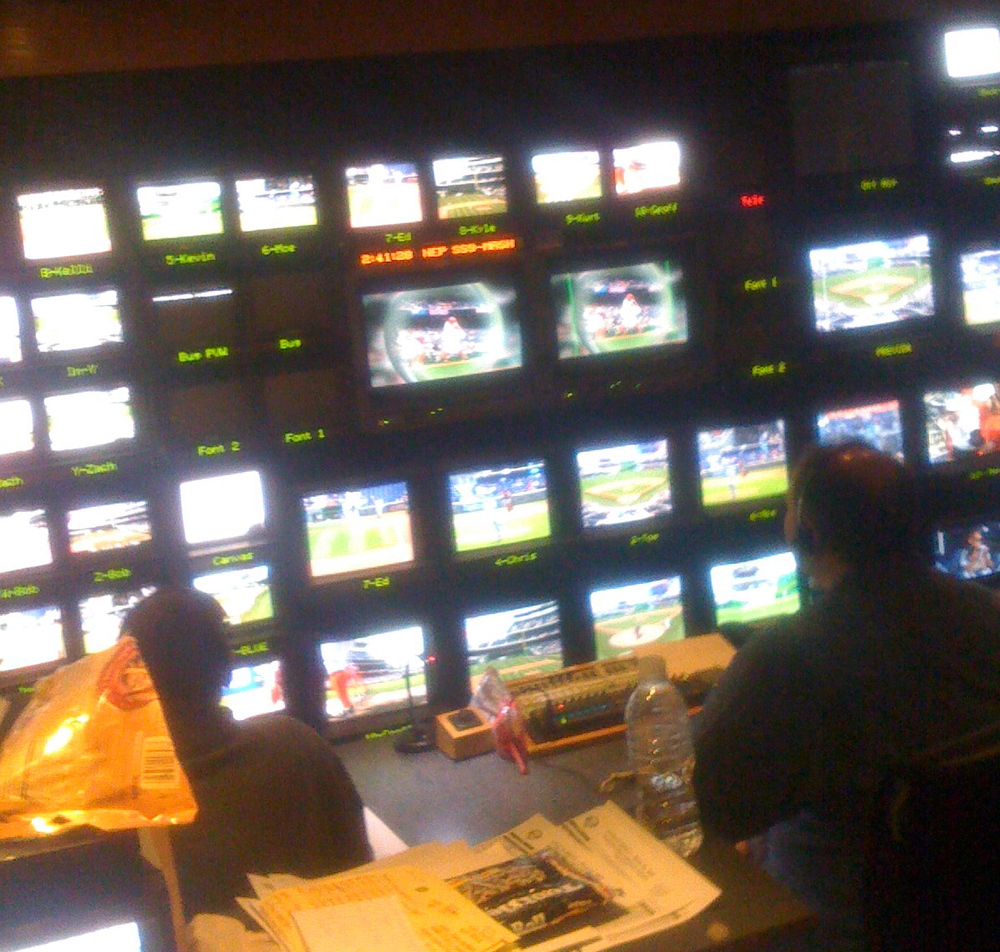 "The Nats wouldn’t go to four years on Darren O’Day. Ben Zobrist’s deferral-laden offer didn’t come close to that of the [Chicago] Cubs, and because the Jason Heyward offer was spread put over more than a decade, his present day value wasn’t close to that of the offers of the Cubs and Cardinals."

It all goes, back, in Gammons' opinion, to the deal Major League Baseball gave Peter Angelos to placate the Orioles' owner for moving in on what he saw as "his territory", in 2004-2005, or as Orioles' skipper Buck Showalter put it, back in 2014, when Angelos, "... was kind enough to let them have a team," in D.C.

Maybe now he'll be kind of enough to go back to arbitration and finally get this thing settled...