Lucas Giolito, Trea Turner, Victor Robles and Reynaldo Lopez are representing the Washington Nationals on the latest Baseball Prospectus' list of the Top 101 Prospects in baseball. Giolito is the top-ranked National and the top-ranked pitcher on BP's list.

As BP's scouts note, Giolito, "... made it all the way to Double-A, striking out better than a batter per inning and flashing true top-of-the-scouting-scale stuff along the way."

Nationals' GM Mike Rizzo told reporters earlier this winter that the now-21-year-old righty will be reporting to major league Spring Training for the first time next month and mentioned him apart of the next wave of Nats' pitchers, who could be ready to make an impact in the majors as soon as mid-2016.

Trea Turner, who made his major league debut this past August, put up a combined .322/.370/.458 line, 24 doubles, seven triples, eight home runs and 29 stolen bases in 35 attempts over 116 games total between Double-A in the Padres and Nationals' systems and Triple-A with the Nats in his second pro season after he was drafted by the Padres in the first round of the 2014 Draft and traded to the Nationals last winter (as a PTBNL in the deal which was completed in June).

Turner played a total of 27 games with the Nationals in 2015, going 9 for 40 with a double and a home run in 44 PAs. BP's scouts note that he might be overlooked with all the shortstop prospects on the list, but he's the one who has major league at bats on his resume and in spite of the presence of Danny Espinosa and Stephen Drew on the Nationals' roster, "Turner should reach his rightful place before too long."

Next on the BP 101 list is 18-year-old outfield prospect Victor Robles (who was also the top-ranked outfielder on Baseball America's list of the Nationals' Top 10 prospects for 2016).

Robles, signed out of the Dominican Republic for $225K in July 2013, spent the 2015 campaign with the Gulf Coast League Nationals and the New York-Penn League's Auburn Doubledays, putting up a combined .352/.445/.507 line with 11 doubles, five triples, four home runs and 24 stolen bases in 61 games and 261 plate appearances.

Robles, BP's scouts write, "... raked in the New York-Penn League, forcing scouts to re-evaluate their expectations," and though he is, "a long way from the majors... he has an impact profile both in center field and at the plate." 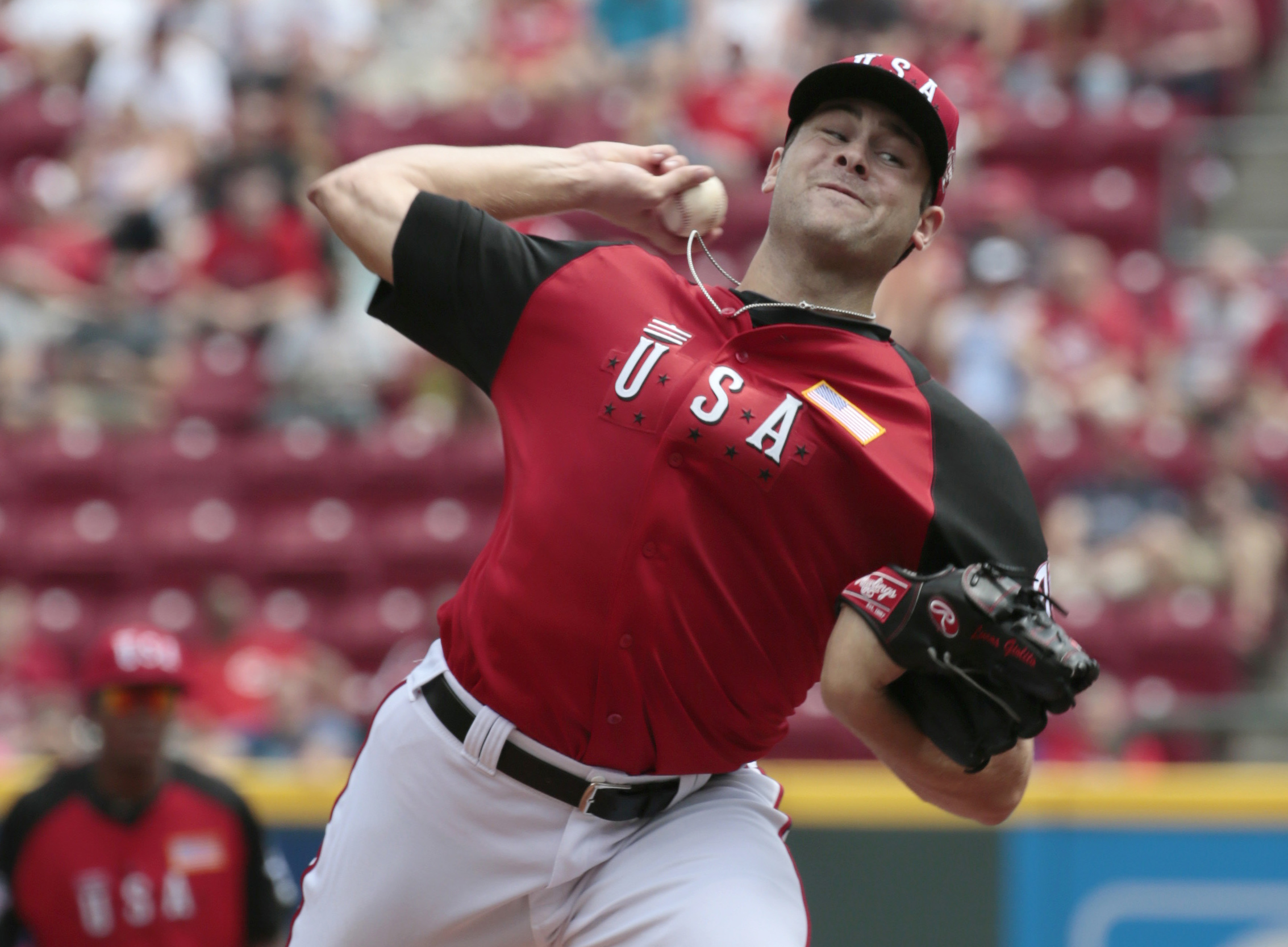 Rizzo mentioned the right-hander as part of the Nationals' "next wave" as well.

BP's scouts note that his fastball, "... [a]t its best his fastball sits in the high 90s and hops to the arm side in the nick of time," and "physical gains" led to Lopez's "curveball snapping harder and avoiding more bats for Potomac," though he struggled to repeat his delivery.

Will Giolito debut in the majors in 2015? When will Turner take over at short? Will Lopez eventually end up in the Nats' bullpen? Where will Robles start his third season in the Nationals' system? With the Hagerstown Suns? Any other prospects you'll be keeping an eye on this season?