Anthony Rendon is returning to third base full time in 2016, after the Washington Nationals' 2011 1st Round pick struggled with injury issues last season which limited him to just 80 games total. Will Rendon return to form in 2016? The Nats need him to...

Anthony Rendon suffered an MCL sprain in his left knee in Spring Training and an oblique injury as he rehabbed that kept him out of the Washington Nationals' lineup until June. A quad injury cost the Nats' 25-year-old infielder another month in late June-July.

"I feel most comfortable at third base, but I've always told you guys before, I'll do whatever for the team, I'll play whatever position. I feel more comfortable with the bat in my hand." -Anthony Rendon on plan to return to third base in 2016

Towards the end of 2015, GM Mike Rizzo told reporters, including Washington Post writer Chelsea Janes, that he would count on Rendon returning to form in 2016.

The Nationals are counting on Rendon returning to third base as well, which was the plan before he suffered the knee injury last Spring.

He told reporters this winter that he's looking forward to returning to the position he played in college and on his way up in the minors after the Nationals drafted him.

"That's always been my position," Rendon said. "I feel most comfortable at third base, but I've always told you guys before, I'll do whatever for the team, I'll play whatever position. I feel more comfortable with the bat in my hand."

Through 331 major league games, Rendon, described by Rizzo after the 2011 Draft as most accomplished hitter in the that prospect class, has put up a combined .275/.343/.425 line.

Can he stay healthy in 2016 though, after dealing with a variety of ankle injuries in college and the knee, quad and oblique injuries last season?

"It was really tough. I think that's what a lot of people don't realize. I'm trying to come back and figure out how to hit again and everybody is already in mid-season form." -Anthony Rendon on trying to get up to speed after returning from injuries

He's also looking forward to putting 2015 behind him. It was, he admitted, a frustrating campaign.

"It's really tough and as much as I have a laid back attitude and you guys clown me for that, but I do like to stay active," he said.

"I like to be out there and interact with everybody, interact with the team and just try to be active, I guess you can say. So it was tough to deal with the injuries and be out for so much and for a long period of time, but it's in the past."

Did he rush back? Is there anything he would have or should have done differently?

"No, I wouldn't do anything different," Rendon said.

"We stuck to the schedule as an organization and we had great communication with myself and the training staff and we were all on the same page and I felt like everything was going accordingly and it just didn't happen to work out as best as everybody planned."

Missing most of Spring Training, then getting at bats in the minors and trying to get up to speed in the majors while everyone else is in mid-season form, Rizzo explained in an MLB Network Radio last month, is not easy.

"They're catching up, and you know how hard it is catching up throughout the season," Rizzo said. "You never really catch up."

Rendon said he never did.

"It was really tough," he said. "I think that's what a lot of people don't realize. I'm trying to come back and figure out how to hit again and everybody is already in mid-season form.

"All the pitchers, they're placing the ball, they're not just throwing the ball up there. They're making pitches and even the catchers as well, even the new guys, they're getting accustomed to their own team. 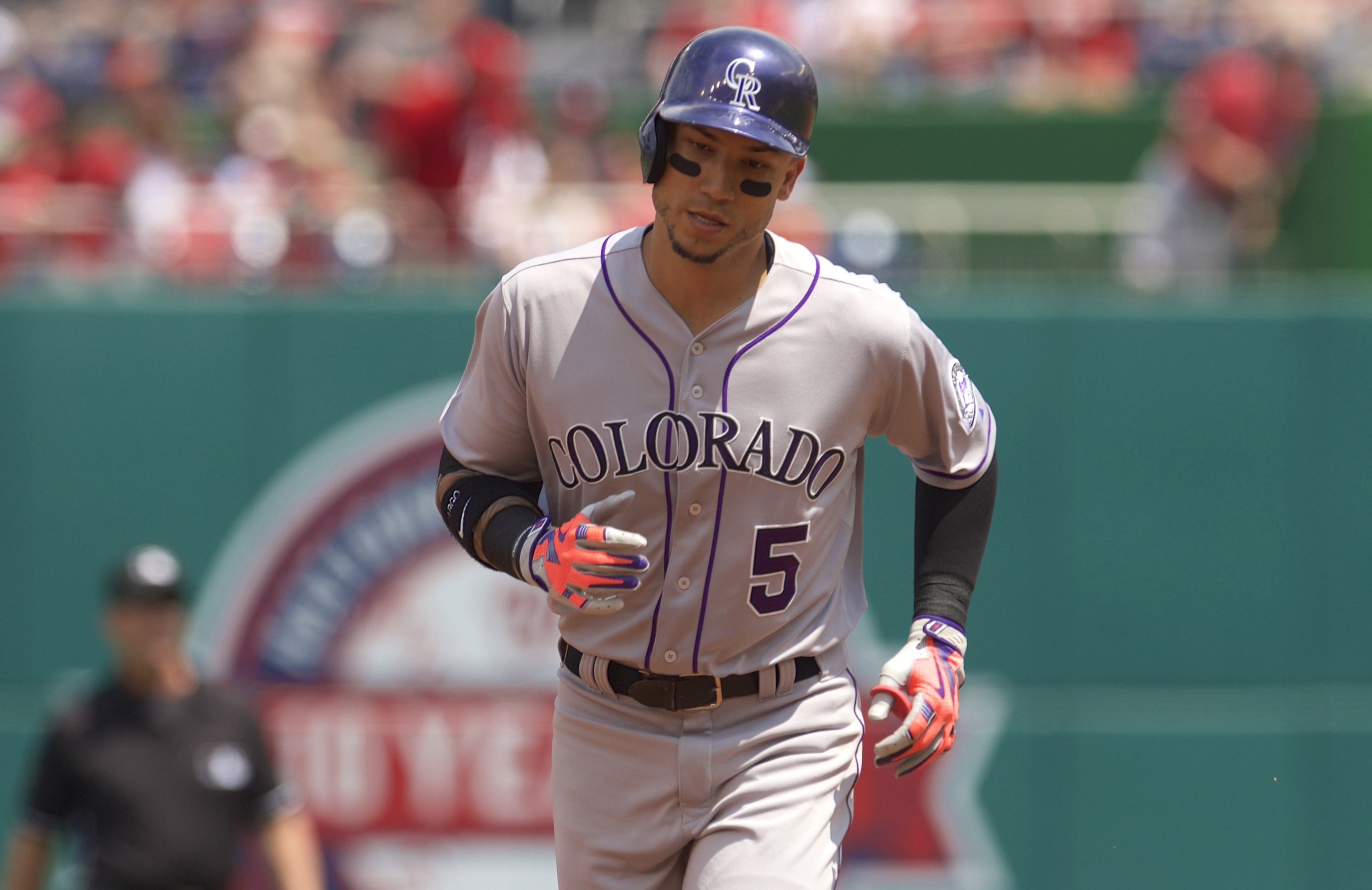 "They have that confidence going into that last quarter of the season and I'm just still trying to find my groove and just trying to, I guess, be productive at the plate."

When he arrives at Spring Training, Rendon will be working with the third manager in his four major league seasons in D.C. He said he had an opportunity to meet new manager Dusty Baker at NatsFest in December and is looking forward to working with the veteran skipper.

"He seems like a really down-to-earth kind of guy," Rendon said.

"All of his former teammates that I've talked to and people that have had interaction with him, they had nothing but positive things to say about him, so it's going to be pretty exciting."