Washington Nationals Spring Training 2016: Is Pedro Severino the catcher of the future in D.C.?

Washington Nationals' prospect Pedro Severino is behind only Wilson Ramos and Jose Lobaton on the organizational depth chart behind the plate. Can the 22-year-old make it as an everyday catcher in the majors, or is he a future backup backstop?

Share All sharing options for: Washington Nationals Spring Training 2016: Is Pedro Severino the catcher of the future in D.C.?

MLB.com's scouts put catcher Pedro Severino ninth on their list of the Washington Nationals' top prospects last winter, writing that the Dominican-born backstop's "... arm strength and athleticism behind the plate leave no doubt he has the skills necessary to catch in the big leagues," though his, "bat remains well behind his glove."

"He stepped in there like he'd been in the big leagues for a long time and hit a ball good to left field. When it left the bat I thought it had a chance." -Matt Williams on Pedro Severino's first major league hit

He was called up to the majors in September, starting one game, getting four plate appearances for the Nationals and doubling in his first major league at bat.

"He stepped in there like he'd been in the big leagues for a long time and hit a ball good to left field," now-former Nats' skipper Matt Williams told reporters after Severino's first major league hit.

"When it left the bat I thought it had a chance. It hooked on him a little bit and went off the wall, but he was hard out of the box, got to second base no problem. He caught a nice ninth inning, it's nice to get him in a game and really happy for him to get the first one out of the way."

Baseball Prospectus put the 22-year-old catcher 10th on their prospect rankings for the organization when they were released earlier this month, writing that Severino was "carried by compelling defensive tools," his "arm stands out," and though, "... he’ll never hit higher than seventh in a National League lineup... his defensive presence will make up for his offensive shortcomings."

ESPN.com's Keith Law, who released his lists of the top prospects in each major league system today, had Severino ranked 10th in the Nationals' organization as well, writing that he, "... is at least a big-league backup behind the plate because he can really throw and pitchers love throwing to him," though, "the bat still lags behind." 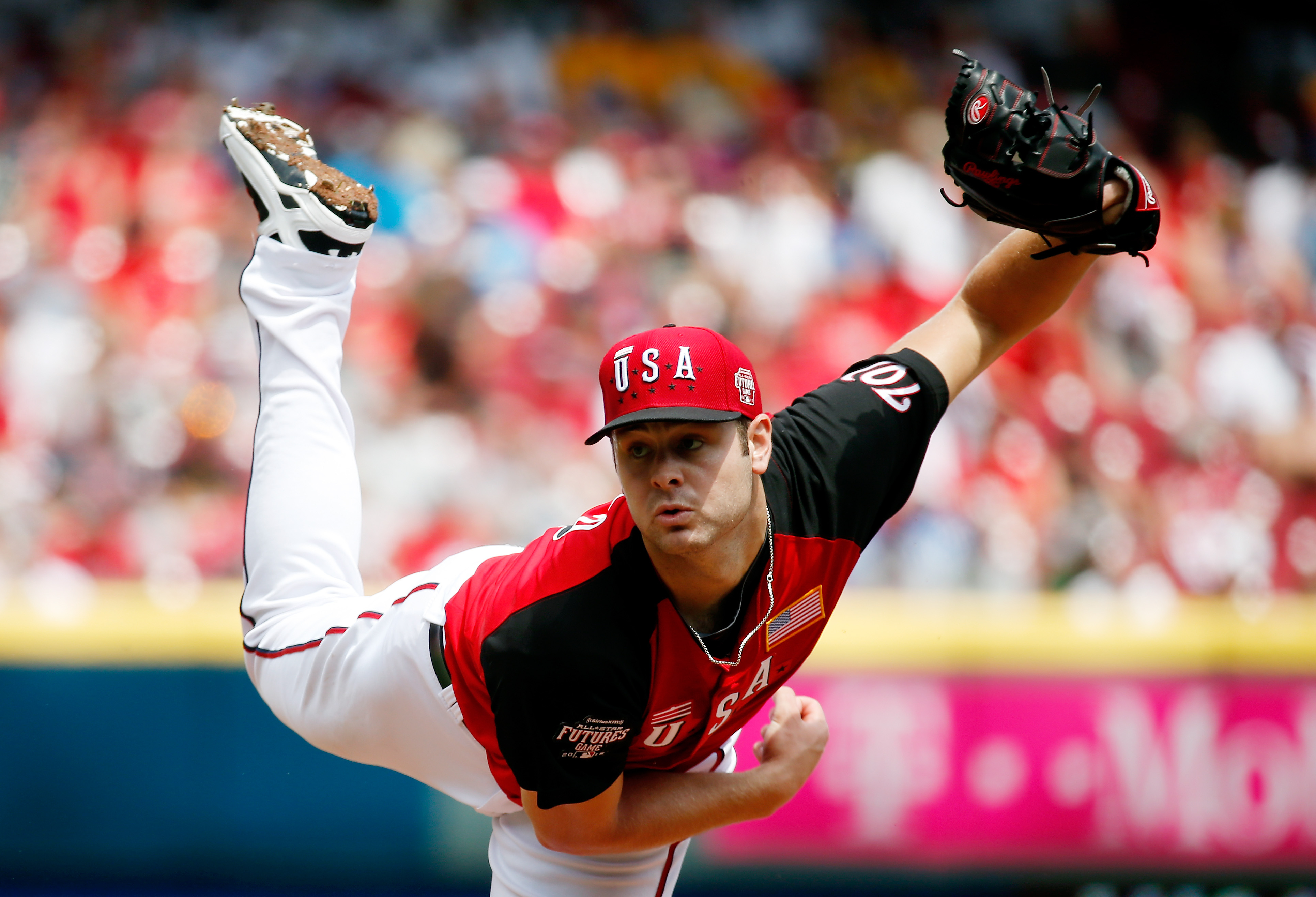 Writing about the catcher, who he puts behind only Wilson Ramos and Jose Lobaton on the organizational depth chart, as the Baseball Prospectus' scouts did, USA TODAY Sports writer Stephen Borelli described Severino, earlier this winter, as, "... a high-ceiling prospect with strong game-management and receiving skills, as well as a strong arm," who, "... needs to develop more in Class AAA as a hitter," but, "is a candidate to replace Ramos when the starter can become a free agent next offseason."

Will Severino's bat catch up to his glove? Will the catcher, signed for $55,000 in 2010, be able to step in as the Nats' next backstop, or will the Nationals, who have been rumored to have interest in Jonathan Lucroy this winter, find an everyday catcher somewhere else if they don't extend Ramos?

Severino will report to Spring Training this week and start his sixth season in the organization.

Will he return to Double-A or start at Triple-A this season? Will we see the catcher in the majors again in 2016?