Max Scherzer and Joe Ross impressed new Nationals' manager Dusty Baker, who talked about the rotation arms and some of the relievers Washington has gathered in Viera, Florida for the first day of workouts at the Nats' Spring Training facilities.

Dusty Baker got a look at Washington Nationals' ace Max Scherzer and others this afternoon during the first workouts of the season for the pitchers and catchers in Viera, Florida's Space Coast Stadium. Baker talked to the group before they threw for the first time at the Nats' Spring Training facilities. His message for his new team?

"Just work hard," he told them. "Tell me the truth on things. I don't have a lot of rules. Show up to work on time. Give me what you've got while you're at the work place.

"Just work hard. Tell me the truth on things. I don't have a lot of rules. Show up to work on time. Give me what you've got while you're at the work place..." -Dusty Baker on message for players before first workouts

We're not going to work all day, but the work that we're going to have is concentrated. They had a little laughter, which is always nice, and there's a difference between having fun and laughter and fooling around."

Watching them throw, he said, he could tell that everyone has been hard at work before arriving in Viera. Baker was asked if anyone in particular stand out?

"Really like all of them," he told reporters. "Scherzer. [Joe] Ross. All the guys that I saw and some of the young players, because they are trying to impress. And not only hard, but you could tell that they had been throwing and you just don't come in throwing like that unless they had been working out. So that's what I was impressed with. And a lot of them came from colder climates which is even more impressive, and so I am really, really excited about what we have going on here."

Did he have to slow anyone down or hold anyone back since it was the first time they were throwing in Florida?

"No, not really. Mike Maddux calmed them down some, because some of the guys -- their throwing session I think was ten minutes and he had them ten minutes and they were like, 'Two more minutes,' and they'll ask for thirty minutes if you let them, so Mike had to calm some of them down. Catchers looked good. They looked good blocking, throwing. It's a different time and a different era now where you have to come to Spring Training in shape where before Spring Training used to be, the first couple weeks, to get in shape. But you've got to come in shape now because you don't have much time between the reporting date and when your first game starts."

Two of the more recent additions to the collection of arms, Matt Belisle and Burke Badenhop are at the Nats' facilities, thought Belisle came into camp with a calf issue.

"Belisle came in with a little calf problem, but he looked good," Baker said.

Petit signed a 1-year/$3M major league deal. Belisle and Badenhop came to the Nationals on minor league deals, but Baker said they were there competing for spots. 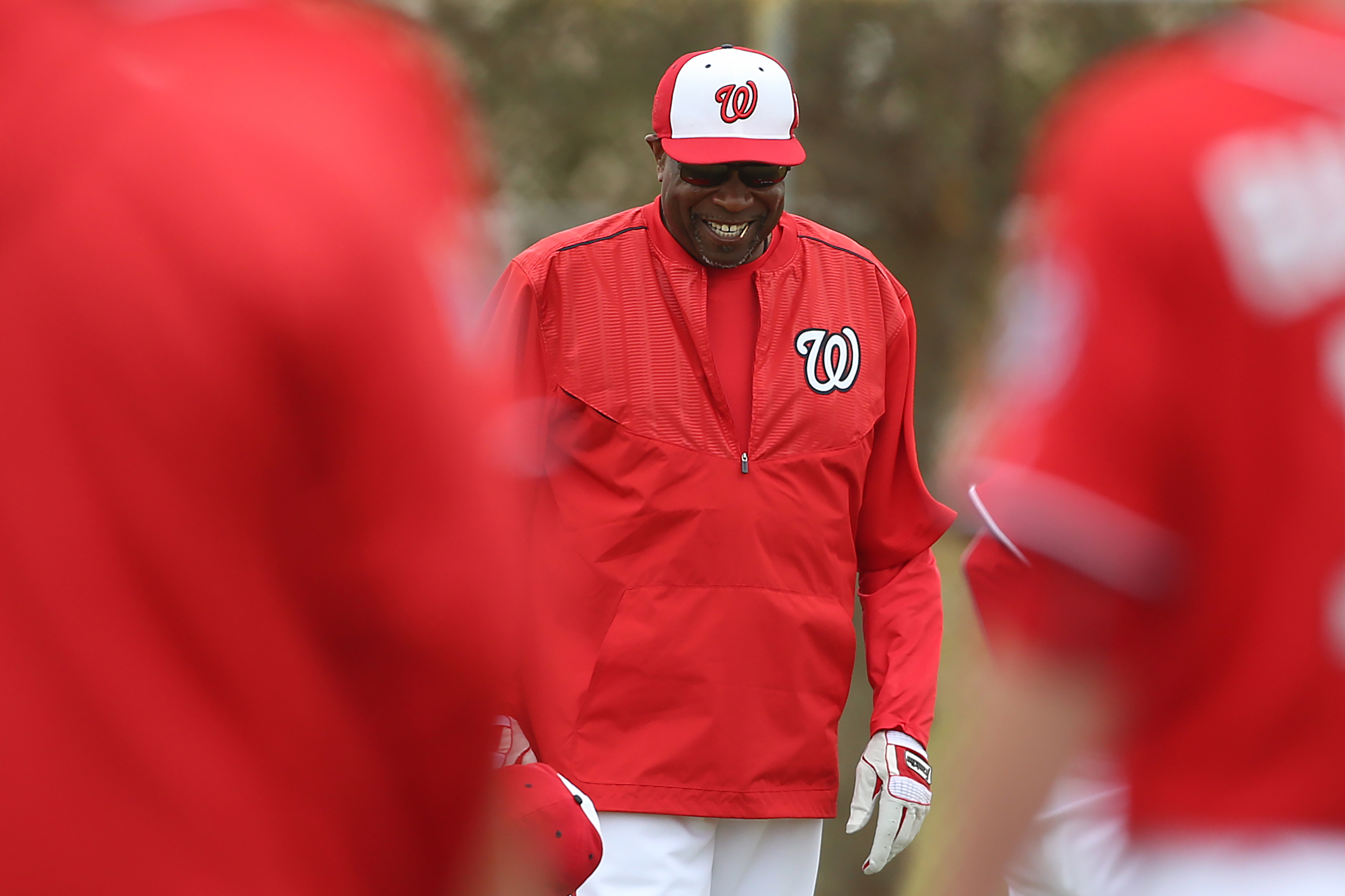 "They wouldn't be here if they didn't have real shots," he explained. "We didn't just sign them for insurance. Those guys got big league time. Badenhop was real good before in Miami. He had a little tough time last year.

"Belisle, whom I had in Cincinnati, at that time he was young in his career and we were trying to decide and he was trying to decide was he a starter or reliever, which is sometimes the dilemma of being a young pitcher.