Washington Nationals have explored extension for Bryce Harper, but "no formal contract talks"

Scott Boras talked to USA TODAY's Bob Nightengale about the difficulty of finding comparables for Bryce Harper if the Nationals and the 23-year-old reigning MVP are going to talk extension at some point. Nightengale reports the Nats have explored an extension.

Share All sharing options for: Washington Nationals have explored extension for Bryce Harper, but "no formal contract talks"

Bryce Harper's agent, Scott Boras, was asked at the Winter Meetings in early December if the Washington Nationals had approached the reigning National League MVP about a potential long-term extension that would keep him in the nation's capital beyond 2018?

Boras told reporters, as quoted by Mark Zuckerman at the time, that it's up to the Nationals to initiate that kind of talk:

"I think those are club dynamics. Whenever any team approaches me about any player, obviously we have dialogue with them. But at this point in time, Bryce is going to be there for three more years, very happy there. So we’ll just go forward."

"I think with each player like that, you have generational players, I think each organization is going to have its own philosophy about how they handle him and what they do. So that’s really something I’m sure the brain trust of the Nationals have to sit down and look at. And when they have a plan, we’ll let you know."

In an MLB Network Radio in December, Rizzo talked at length about the possibility of a contract that would make Harper a National for life:

"It's part of the new baseball," he said. "With these enormous contracts, they're long-term, they're extremely expensive, The percentage of the total payrolls come into play. It depends on what payrolls you're looking at, it kind of dictates how much you can allocate to a single player. I think the most important part of this discussion you guys are having is, you've got to sign the right guy. He's got to have the right attitude, the right character, he's got to be the type of person that you feel can handle that big of a load of expectations -- handle the money, is always an issue -- and handle the power of being the face of the franchise. I think that lesson no.1 is get the right guy. Have it be the right type of person that you want that will handle the mantle of that big enormous contract and the enormous expectations that come with it and pick the right character guy to do it."

In an article on Monday, Rizzo told USA TODAY's Bob Nightengale that the two sides have "explored the possibility of an extension":

"The Nationals have explored the possibility of an extension, GM Mike Rizzo told USA TODAY Sports, but says that no formal contract talks have begun with agent Scott Boras. They simply continually keep tabs on Harper. They ask if he’s happy. They want to know if he likes playing in Washington.

"I know the kid as well as anybody," Rizzo told the USA TODAY reporter.

"I get the idea this thing is a business. I’m all about players getting paid and that kind of thing.

"He’s the kind of player you dream about having on your team for a long, long time.’’

Boras confirmed, "that he has had casual conversations with the Nationals about Harper," explaining that his attitude was that, "you certainly want to know what they have to say," and then, "... you talk about what they want to do."

"It’s not the amount,’’ Boras said, "but whether it’s good business or not. The Washington franchise has one of the most successful ownership groups on and off the field. They certainly have the ability to conduct whatever form of business they see fit.

"In sports, each industry has great opportunities, and these opportunities revolve around unique talent. Bryce is that type of talent. They want to make sure Bryce is happy in D.C. and is playing for a competitive team.’’

With people throwing around numbers like $400-$500M, Harper, who would be just 26 years old when he reached free agency in 2016 if it does eventually comes to that, was once again asked for his thoughts on that kind of talk when he met with reporters at Spring Training in Viera, Florida's Space Coast Stadium on Monday.

"I've got three years to play," he said, referring to this season and the two remaining years of team control that are left before he is eligible for free agency if no extension is signed.

"I've got three years to do everything I can to play this game," Harper added. He just asked again, that no one "sell him short" as he said recently -- sort-of jokingly -- or impose any limits on what's possible. 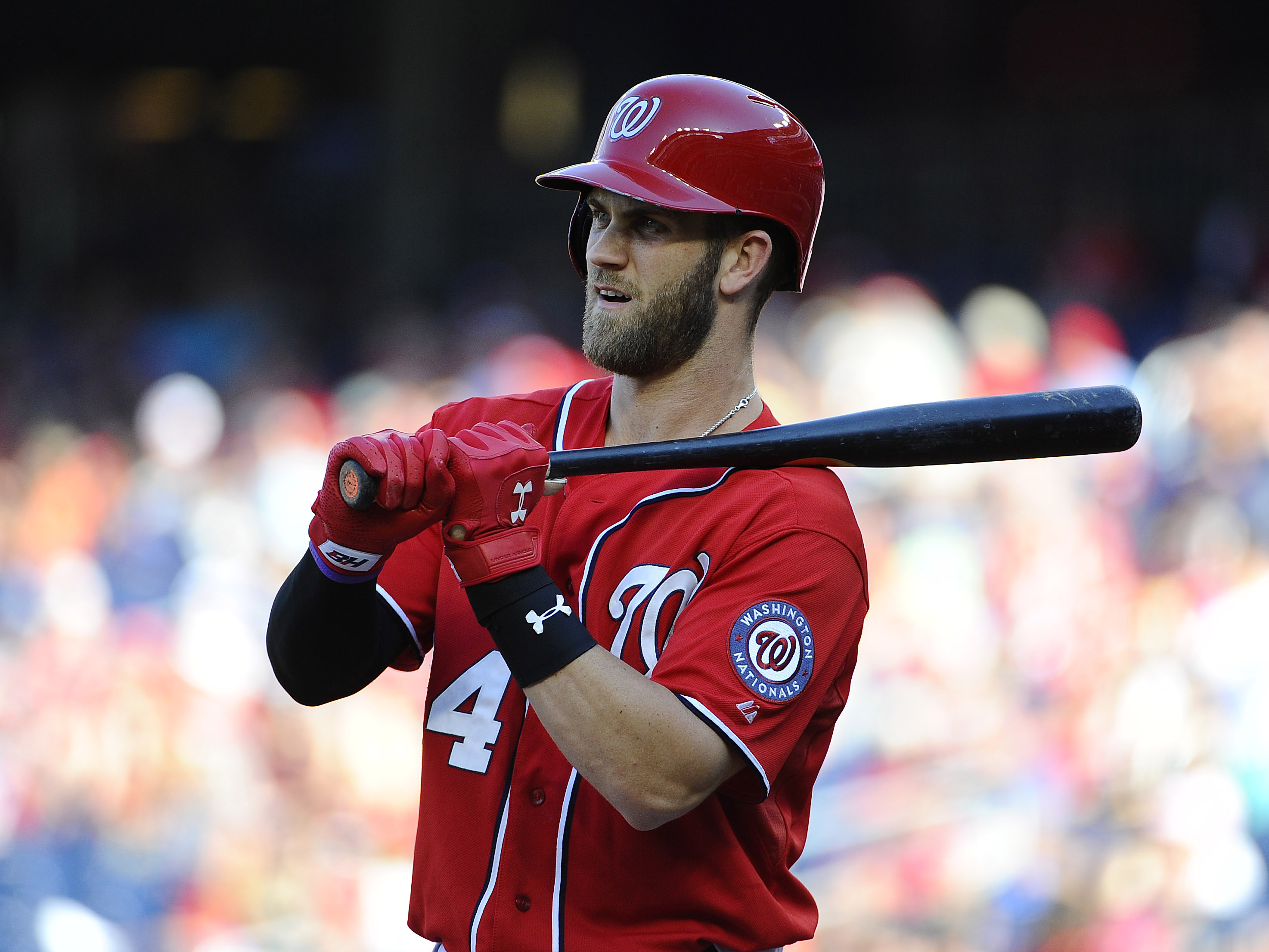 "So, you can't really tell me that. It's just a big thing about putting limits on guys and doing everything they can to put it in the media and things."

"That's the biggest thing," he continued. "Don't put limits on guys, don't do everything you can to put those limits on guys, let it play out and I think it will play out to what everybody hopefully thinks it will. I just want to go out there and play the game I can and play it hard and enjoy the game of baseball."