Bronson Arroyo, who turns 39 tomorrow, faced a difficult decision this winter when it came down to a choice between a return to Cincinnati, where he pitched from 2006-2013, or a move to Washington, where he could reunite with one-time skipper Dusty Baker, who managed the right-hander from 2008-2013 with the Reds.

Arroyo, as Washington Post writer Chelsea Janes reported, reached out to Baker, who was hired by the Nationals in November, to discuss his chances of making the Nats' roster after missing the entire 2015 season while he recovered from Tommy John surgery:

"He told me he was healthy, which is big, it's just that he didn't know quite yet how he's going to respond every fifth day, and you won't know that until you start trying to do it." -Dusty Baker on veteran starter Bronson Arroyo

"Arroyo asked Baker for honesty. With a near-guaranteed roster spot in familiar Cincinnati, and his career effectively in the balance, he wanted to be sure there was a 'true opportunity' to make the Nationals’ 25-man roster with a strong spring training. Baker said he hadn’t seen everyone the Nationals had yet, but that he expected Arroyo could make the team if he were healthy. He also said he couldn’t guarantee it.

"I said ‘I’m not looking for any guarantees,' Arroyo said. 'I understand that.'"

He explained to reporters this week, however, that he realized he is battling to keep his career alive after fourteen seasons as a major league starter:

"I’m back to being a 22-year-old kid competing against guys, except now I’m the old guy. I’m the John Burkett when I was young. I’m the guy with the greasy, grimy old glove I’ve been using for 10 years," Arroyo said. "It’s just the way it is. We all have to deal with the fact that the body goes down hill over time, and there’s testosterone-filled young kids coming in every day trying to take your job."

Baker spoke to reporters at length about Arroyo after the righty arrived at the Nationals' Spring Training facilities this weekend.

"Bronson is a pro," Baker said, "and he's a competitor and he works hard. He works real hard. I mean, this guy, I don't think he's taken an All-Star break off in the six years he's with me. This guy would be in All-Star break by himself at the stadium throwing and running and stuff like this. He's had a reputation of being a 'Good Time Charlie', but he's also 'Hard-working Bronson' at the same time. I had a session with him. He told me he was healthy, which is big, it's just that he didn't know quite yet how he's going to respond every fifth day, and you won't know that until you start trying to do it. And I've been where he's been and where other guys have been, coming off an injury. It takes a while for your brain to remember that your body is not hurt and then once you get to that point, 'Boom! Hey, man. Nothing is going to hurt,' then you can go from there, because I hurt my knee and, man, that was a tough, uphill battle for a while and as soon as I -- I had to change my leg to try to slide on my right side and I couldn't do it and every time it was a close play, I'd slide on my left and as soon as I slid on my left and it wasn't hurt any more, then 'Boom!' after that it was done." 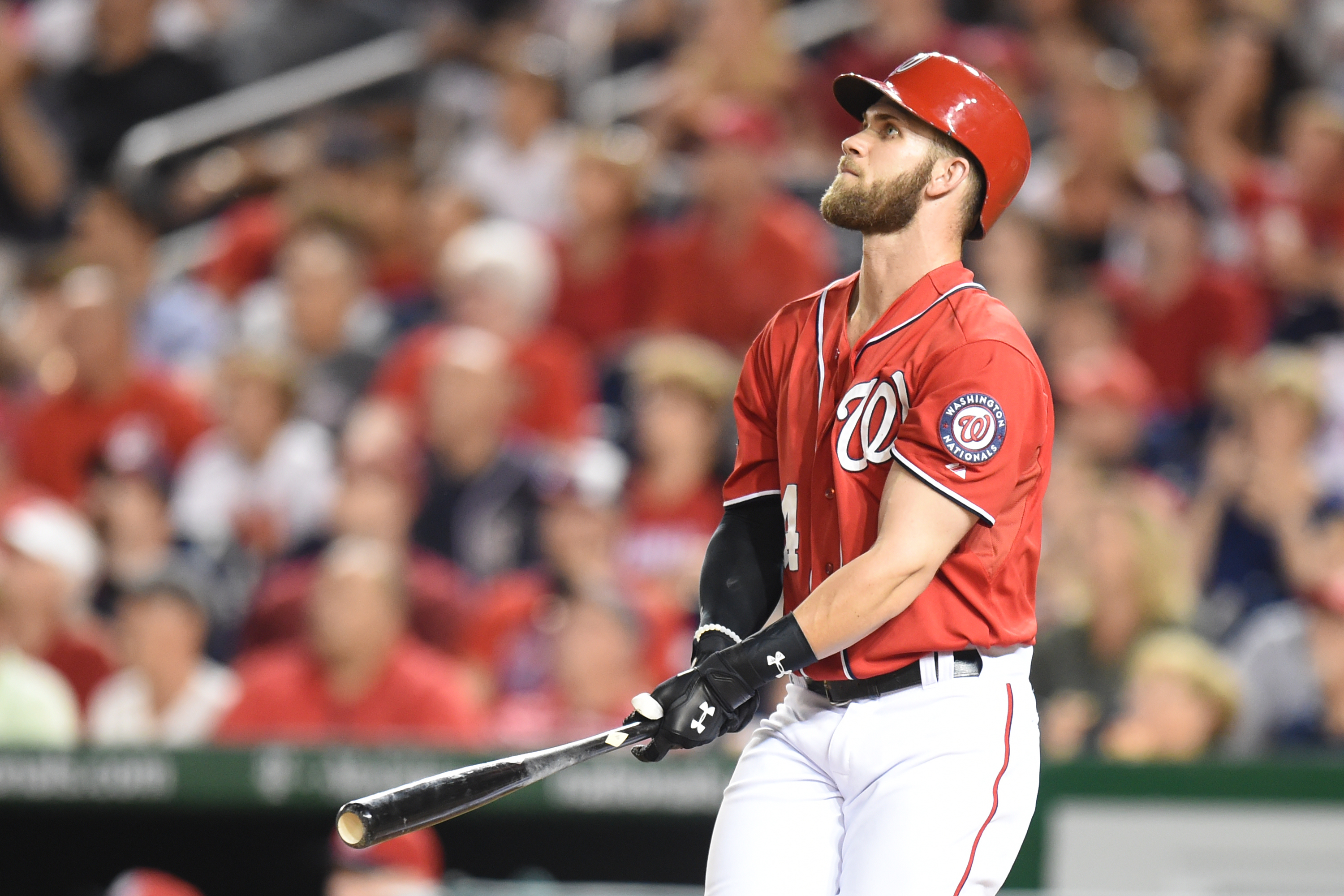 Will Arroyo somehow cracked the Nationals' rotation? Will Tanner Roark potentially get bounced from a starting spot if he does? Would the Nationals push Joe Ross out to make room for Arroyo? Will he end up in the minors as insurance if any members of the Nationals' rotation goes down? Or will he prove himself healthy this Spring and find himself an opportunity elsewhere if it doesn't look like it's going to work out in D.C.?