Washington Nationals' skipper Dusty Baker talked to reporters on Tuesday about the difficult decisions ahead as he tries to decide which pitchers will make the Opening Day roster. Baker said he's impressed with all the talent the Nationals have assembled...

One thing has become clear for Washington Nationals' skipper Dusty Baker in his first few days of Spring Training: He has some tough decisions ahead. As he's explained over the first few days with his new team, the Nationals have put together a talented collection of pitchers and catchers, and even before the position players arrived Tuesday, with every player now accounted for, Baker realizes he is going to have to make some difficult choices. So who, in particular, has impressed him?

"Somebody is going to be heartbroken, you're going to lose some guys, it's going to have to be a decision as a group..." -Dusty Baker on the tough roster decisions he'll have to make this Spring

"That's getting harder to say," he explained, "because I'm almost impressed with everybody. This is going to be the toughest decisions -- I've had some good teams -- but this is the toughest pitching decisions I've ever had to make.

"I mean, we have young guys that are coming, some guys I didn't know. We've got some veterans that I do know that are looking better than before, that are healthy. Some of the guys I've had. [Assistant GM] Bob Boone, he tells me every day, 'This is going to be a tough decision.' Yeah, you're right."

There is plenty of time left to evaluate, of course. There are still eight days to go before the first Grapefruit League game and a month-plus before the final roster decisions will have to be made, but Baker's already aware that it is going to be difficult.

"I wish I could take a team of thirty," he joked. "Twenty pitchers? Somebody is going to be heartbroken, you're going to lose some guys, it's going to have to be a decision as a group, kind of and what we need and what we're going to need in the future. And just because a guy might not make this team doesn't mean he's not in the plans. And we've got an outstanding catching crew. There is a lot of talent here and I've got to commend our minor league people for training them. The minor league guys here are doing a great job training these people and I've talked to these guys and they've had kind of the same guys here in the minor leagues for quite a while, which is outstanding.

"Which reminds me of how the Dodgers were and how the Braves were for such a long time during their reign of winning.

"So that's important and that's how the Cardinals are now and if they do turn over, they don't make wholesale changes and they turn over with the same mind set and the teaching philosophies on how they expect to play ball."

"I don't want to kill anybody's desire if they don't read their names. But that lefty out there throwing 100 mph? He's got a pretty good chance." -Dusty Baker on bullpen decisions and Felipe Rivero

When it comes to the bullpen, Jonathan Papelbon, as of now at least, is going to start the season as the Nats' closer, barring any setbacks or hiccups, but beyond that Baker wasn't willing to commit to anything when it comes to which pitchers will fill what roles. He was asked if anyone was a lock for any particular spot?

"No, I can't say that. No," he told reporters. "Because I don't want to kill anybody's desire if they don't read their names. But that lefty out there throwing 100 mph? He's got a pretty good chance."

Even in his first throwing session this Spring, Rivero stood out for his new manager, who was impressed with the lefty's delivery as much as his velocity.

"Just his fluidity in motion and his velocity," Baker said. "The way the ball came out of his hand. He looked like he had played winter ball, cause most of the Latin guys did, but he told me he didn't. It kind of surprised me as well as he was throwing the ball. Good changeup. And I asked him how come he didn't play winter ball and he said because he had thrown quite a few innings in August and September."

Where will Rivero pitch this season? Will he be the left-handed long man? A set-up man for Papelbon? Is the left-hander a potential future closer? Baker doesn't have to make those decisions yet, but he will at some point.

Early scheduling might allow him to avoid making the final cut in the bullpen until after the first games in the regular season, however, as he explained today. 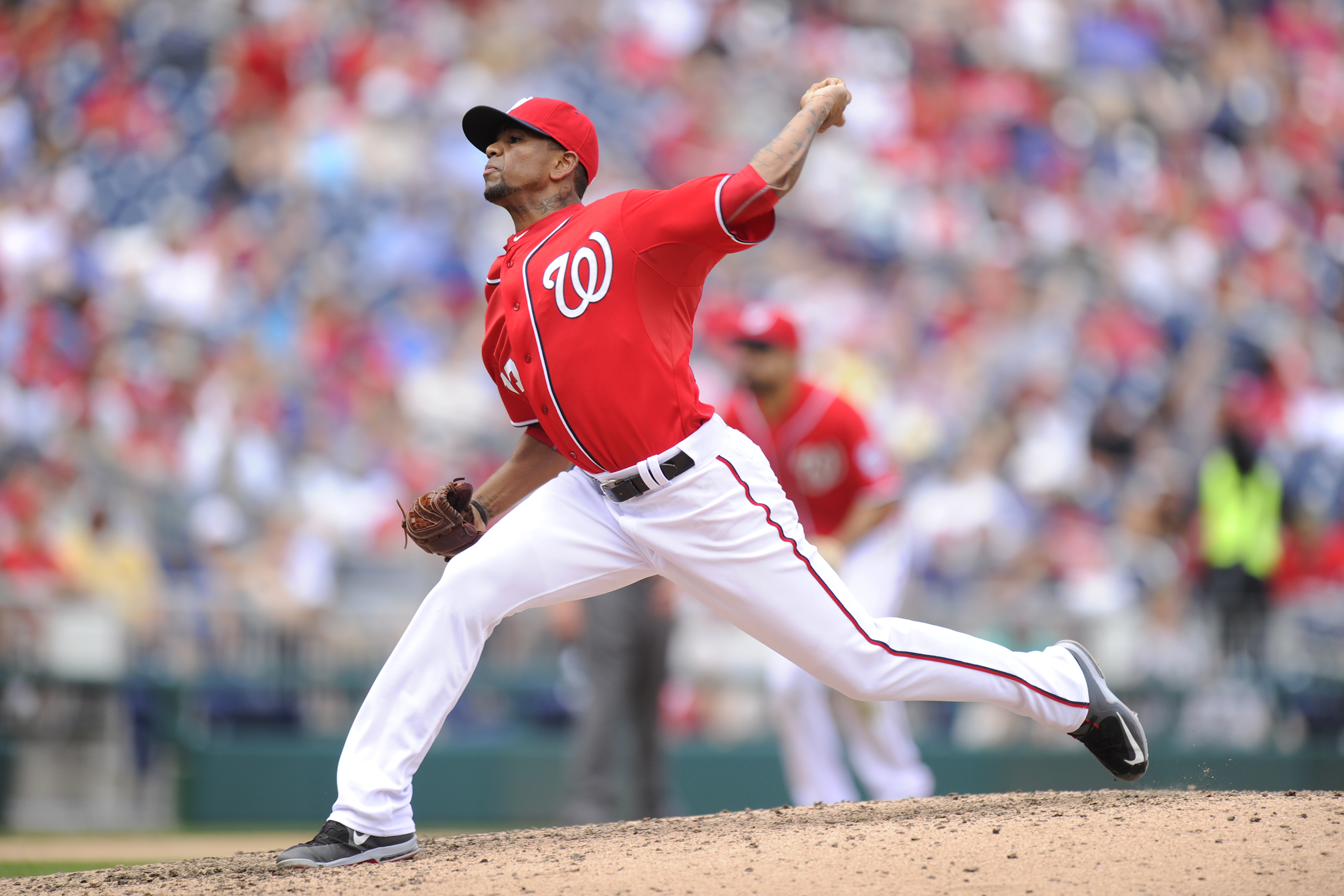 "Early in the year, the bullpen is most important because your regulars, they go six or six and a fraction, then that's usually quite a bit -- enough work for them. So, early in the year, most of the games fall on the bullpen. You're not going to hardly get any complete games or even eight innings out of most guys unless they have a sinker and they don't throw many pitches or are extremely sharp early so it appears we may not need a fifth starter because of the off days and how the scheduling is for a while, so we can carry another bullpen guy maybe and either way it's going to be a tough decision on who doesn't break with us."

"It's a pleasant problem," Baker continued. "For me, personally, the part of Spring Training I hate is making cuts. That's the part that I've never ever really enjoyed, because I was the last cut a couple times, and I'll never forget how it felt."