Washington Nationals' skipper Dusty Baker on getting to know the Nats, family, love

Washington Nationals' skipper Dusty Baker wants his new team to start to think like champions now and wants them to act like a family. Baker talked about getting to know the Nationals and his message for his players early this Spring...

Share All sharing options for: Washington Nationals' skipper Dusty Baker on getting to know the Nats, family, love

After two years away from the game, Dusty Baker knew he had some catching up to do when he was hired as the sixth full-time manager since the Washington Nationals came to the nation's capital in 2015.

Baker talked at length this week about getting to know his coaching staff, the minor league coaches and the Nationals' front office as well.

With all the players in camp now, the 66-year-old skipper was asked how long it would take him to really get to know the Nationals?

"You want them to start thinking like a champion. And you want them to get together as soon as possible, think like a family." -Dusty Baker on his message for the Nationals this Spring

"That's very important," Baker told reporters on Wednesday. "That's why I'm trying to spend as much time as I can, but -- there's a -- what's my man's name, there's a singer he's got a song that says, 'It takes a lifetime to know yourself, how are you going to know somebody else?' [ed. note - "Van Morrison?"] You know what I mean? It takes a long time and sometimes you still don't know the real person. It takes a while.

"A lot of times, especially in that first year, everybody is on their best behavior and then the second and third year, they know you and you know them, but they've really made an effort to know me and plus I've kind of let the world know some more about me which -- they've paid attention, which I never did before, when I wrote the book and then people started digging deeper and deeper.

"I ask a lot of questions about them, they've told me some things in a short period of time that -- I try to listen to them if they try to talk. So if they start talking I just let them just go. People let you know them, at their pace."

Baker addressed the full squad for the first time on Thursday morning. His message for his new team? Start thinking like champions and start acting like a family.

"I prepare things, I just don't write out a speech," he explained when asked what he had said, declining to recreate the speech verbatim for reporters.

"You prepare an outline in your mind," Baker said.

"You want to do things in chronological order, and then you sort of fill in the blanks from there. You just tell them what your few rules are.

"The thing about the family is you close your circle," Baker said. "What goes on in here stays in here and you hope your family loves each other." -Dusty Baker on his message for the Nationals this Spring

"You want them to start thinking like a champion. And you want them to get together as soon as possible, think like a family. I don't know, I can't repeat what I said."

Baker has enjoyed success everywhere he's been, helping to turn things around early in his tenure with the Giants, Cubs and Reds.

San Francisco went from 72 wins in 1992 to 103 wins in Baker's first season on the bench with Giants.

Cincinnati went from 74 to 78 wins in Baker's first season with the Reds, who won 91 games and the NL Central in his third year.

So what does he bring to the bench?

"You're asking me to talk about something, it just happens. As to why? I think I've got a pretty good idea, but I mean, you just try to change the mind set number one, first I think, of wherever you are. You try to change the losing mentality and culture and it helps when you have good players or if you add players, and sometimes you have to delete players. And a lot of times that's not in your job description.

"Everyone thinks that I make trades, and everybody thinks that I get rid of people and all this. I have to answer to somebody that usually is in that position to make decisions.

"And so you try to get together with that person. I mean whether it's giving a kid a job -- like in Cincinnati, that was a tough decision, because I had to take a job away from Scott Hatteberg and give it to Joey Votto, cause I had Hatteberg in the Fall League on my first team when he was with the Red Sox. But at the time I saw something in Joey Votto that I needed to bring out at that time. You know. And then Joey went on and different things.

Max Scherzer on progress with is cutter, role as mentor 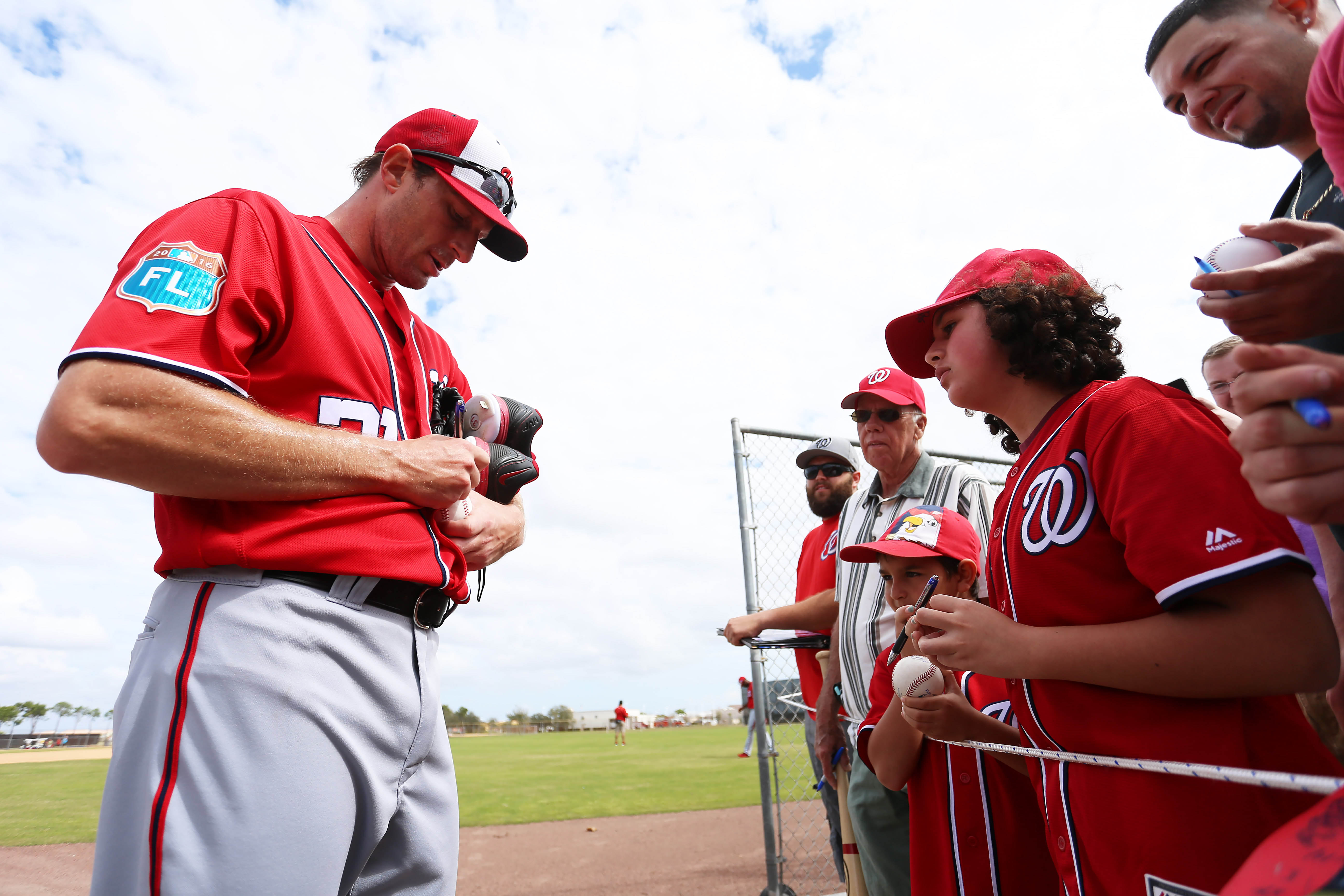 "I don't know," he said, summing it up. "I just feel like, whatever team I've been on, ever since I was a kid, we're going to win, no matter who we have."

As for getting the team to care about one another and think like a family? How does that happen?

"The thing about the family is you close your circle," Baker said. "What goes on in here stays in here and you hope your family loves each other.

"Like I said, Bill Russell, when I asked him the secret of the Celtics winning, he told me it was love. That's what he told me.

"And then when I talked to John Wooden, he told me one of the things he would change on his 'Pyramid of Success', he would have added 'Love' near the top. It sounds corny, but it's real."