New Washington Nationals' reliever Trevor Gott didn't get to meet Nationals' closer Jonathan Papelbon at WinterFest in D.C. in December, since, as GM Mike Rizzo explained it, "[Papelbon] had plans to be out of the country well before the dates [for WinterFest] came out," and was, therefore, "out of the country and unavailable."

Gott will get a chance to introduce himself soon enough.

Papelbon hasn't been traded as many expected he would be this winter, so he'll report to Spring Training in a couple of weeks and right now it looks like he'll be closing games in D.C. in 2016.

In an MLB Network Radio interview on Tuesday night, former Nats' GM and current MLB Roundtrip host Jim Bowden offered some comically bad advice for how Gott could introduce himself to Papelbon later this month:

Jim Bowden: "Would it make sense to go up to him first day of Spring Training and say, 'Jonathan, just so you know, by May 1st I'm going to be the closer and you're going to be setting me up... oh, by the way, my name is Trevor Gott, nice to meet you.' Don't you think that would be a great opening line?"

Trevor Gott: "Yeah, if I wanted to possibly die. I don't think that would be the greatest thing to say, no."

Gott, who's been traded twice since the San Diego Padres drafted him in the 6th Round of the 2013 Draft, came over from the Los Angeles Angels of Anaheim on December 10th along with minor league right-hander Michael Brady in a trade that sent veteran infielder Yunel Escobar to LA.

Rizzo was asked at WinterFest if he thought the hard-throwing 23-year-old righty with the 96.1 mph fastball (average velocity) projected as a back end of the bullpen arm for the Nationals?

"That's always the hope for guys who have great arms and have the mentality to pitch later in the games," Rizzo said.

"He's got mid-to-upper 90s velocity. He's got good movement on his fastball. We took a good look at his delivery and the way he attacks hitters and it was something that we really liked." -Mike Rizzo on Trevor Gott at Nats WinterFest

"He proved with the Angels that he's capable of doing it. We foresee putting him in the mix with our other bullpen guys that really have plus stuff and we feel good about the depth and the quality of guys that we have in there."

"He's got good movement on his fastball. We took a good look at his delivery and the way he attacks hitters and it was something that we really liked and we think that he's going to be a major factor for us, not only this year, but down the road too."

Gott said on Tuesday night that he didn't discuss what role he'll play in the Nationals' bullpen this season when he met with team officials in December.

"We didn't talk anything about that," he told the MLB Network Radio hosts.

"I think that stuff will sort itself out in Spring Training. We just had the usual, 'Happy you're here.' 'Happy I'm there'-type deal and then they flew me up for WinterFest and got to meet everybody and that's about it." 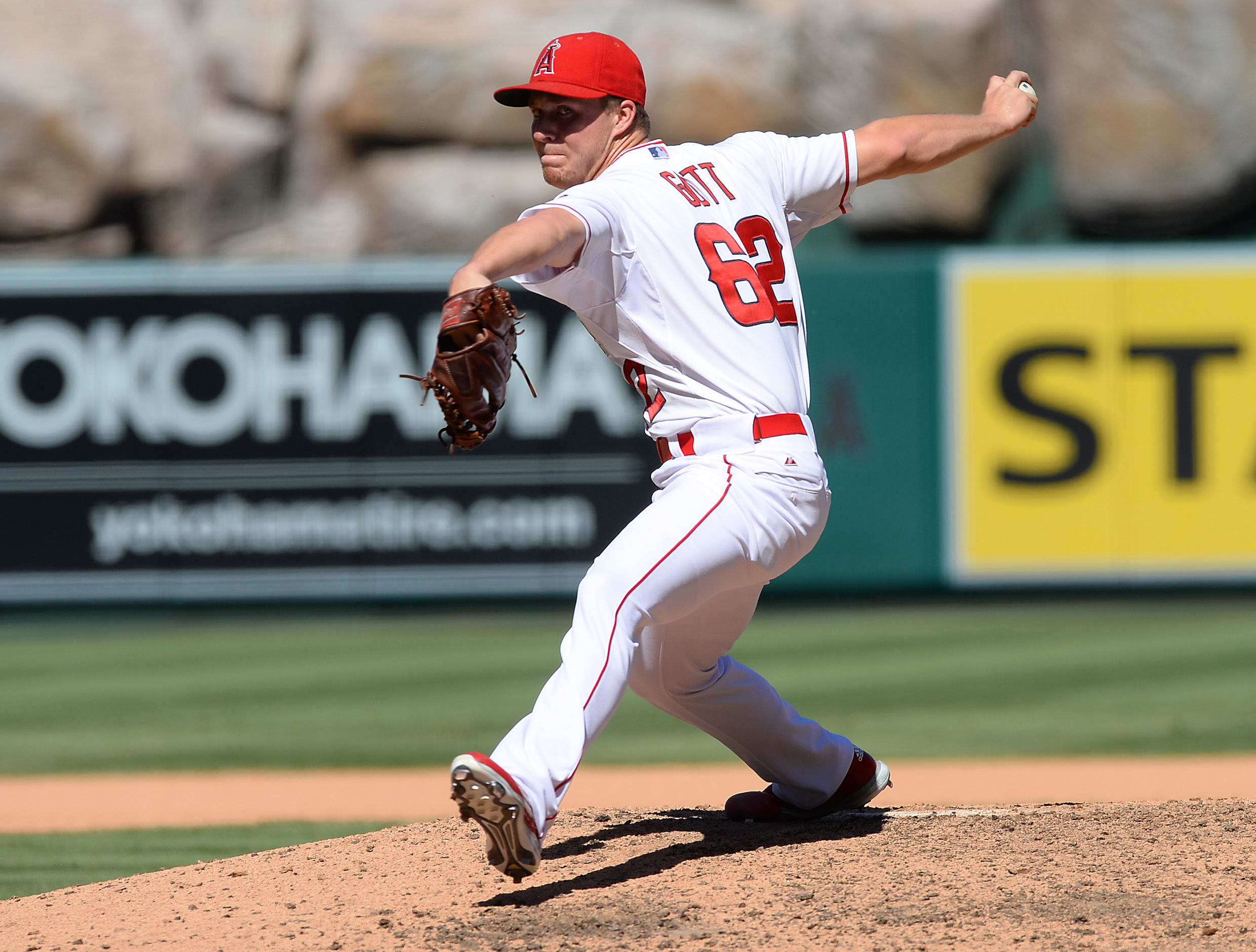 While in LA, Gott got to work with veteran closer Huston Street, who was part of the deal that brought him over to the Angels from the Padres, and he said at WinterFest and again last night that he learned a lot from Street in the Angels' bullpen. He said he looked forward to working with Papelbon as well.

"They are two different personalities," Gott acknowledged. "I love Huston Street to death. He helped me out so much when I first got called up and everything. He's an awesome dude. Papelbon seems like a completely different personality, but he's a competitor and I like being around competitors, so I'm excited to meet him and see what he has to say and try to learn some stuff from him as well."