What are the chances Ryan Zimmerman will play in 140-150 games in 2016? The now-31-year-old first baseman said that is the goal in what will be his twelfth major league campaign. If the Washington Nationals have him available that often, it's going to be huge.

Ryan Zimmerman began to experience issues with plantar fasciitis early in April last season, and dealt with the issue until he eventually landed on the DL in the second week of June.

As Zimmerman explained this winter, the decision to leave the lineup, rest up and recover when he he did was not a difficult one.

"We got to the point where I don't think I was really helping the team win, which is what everyone wants to do and if you're not doing that it's kind of pointless." -Ryan Zimmerman on going on the DL with plantar fasciitis

"We tried as much as we could to play with the foot as long as we could," he said.

"But we got to the point where I don't think I was really helping the team win, which is what everyone wants to do and if you're not doing that it's kind of pointless."

"I actually thought when I came back from the foot I was playing probably the best baseball I've played since '08 or '09 before the shoulder and all of that stuff and I felt great," Zimmerman said, "and then obviously the little oblique thing or whatever that just wouldn't go away, so that was encouraging to come back and play the way I played, give me some confidence now to kind of roll that over into this season and do the little things that we were doing to get where I was and hopefully have a whole season of that."

He spent enough time in the lineup last season, batting fourth or fifth, to appreciate what he could accomplish behind Bryce Harper.

"Hitting behind Bryce and seeing how they pitch him and rightfully so, and having a guy on base pretty much every time I went to bat and them challenging me instead of him -- which obviously most teams are going to do -- and I took that as a challenge and enjoyed it," Zimmerman said.

"My job is to drive in runs, whether I hit .240 or .340 as long as I drive in runs that's what I'm really supposed to do and last year I thought I did a really good job of that, I just need to stay on the field."

Nationals' GM Mike Rizzo talked about the importance of keeping Zimmerman in the lineup earlier this winter in an MLB Network Radio interview.

"Zim really does protect Harper in the lineup. He's a terrific run-producer. He's got one of those abilities that he can just drive in runs. A lot of times without getting a hit, with making an out, but he drives in runs." -MIke Rizzo on the importance of keeping Zimmerman in the lineup

"Zim really does protect Harper in the lineup," Rizzo said. "He's a terrific run-producer. He's got one of those abilities that he can just drive in runs. A lot of times without getting a hit, with making an out, but he drives in runs.

"He had a stretch there where he was putting together a terrific season for him and then the oblique again something that popped up."

Can Zimmerman stay in the lineup in 2016? He's heading to Spring Training healthy.

Zimmerman will be playing for his sixth manager in eleven major league seasons in 2016, seventh if you count John McLaren.

He got a chance to talk to new skipper Dusty Baker earlier this winter and Zimmerman said he was impressed by the baseball lifer, and what he brings to the bench and clubhouse.

"I've talked to him a little bit. I've talked to a bunch players that played for him. Haven't really heard one bad word about him. Tons of experience, fifty-some years of baseball. Good player. Good manager. He's kind of done it all, seen it all."

Just how much of an influence can any manager have on the team he's managing?

"We feed off of the manager, obviously," Zimmerman said. "I think that's one of the biggest jobs of a manager in professionals sports, is to be that rock, be the same person, be positive.

"Everything I've heard about Dusty is that's the way he is. The prototypical players' manager or whatever, however you want to characterize that is sort of the sense that I get from all the guys that I've talked to about him."

Can Baker find Zimmerman the rest he needs throughout the season to make the best use of the now-31-year-old, '05 1st Round pick in his 12th major league season? 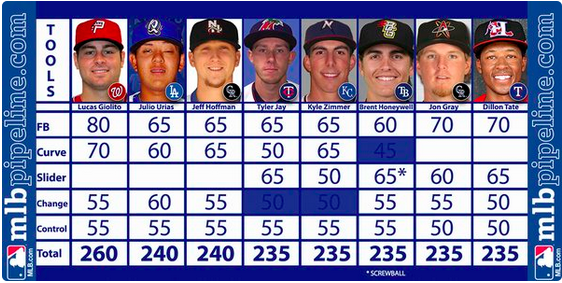 Zimmerman talked about the frustration of not being able to contribute to the Nats' cause in recent seasons.

"The last two, three years have been frustrating for me," he said.

One-hundred and forty or one-hundred and fifty games from Zimmerman is a dream scenario for the Nationals if he hits like he has when healthy throughout his career.