In the end, as Peter Gammons wrote in a look at the Washington Nationals' swings and misses this winter, though the Nats did make what General Manager Mike Rizzo characterized as a "competitive, market value" offer to super-utility man Ben Zobrist (believed to be for 4-years/$60M), before he signed with the Chicago Cubs on a 4-year/$56 contract, the Nats' "... deferral-laden offer didn’t come close to that of the Cubs."

Zobrist told reporters that he seriously considered other offers, but for him it came down to wanting to play in Chicago, with a manager he knew from his time in Tampa Bay.

"There are different avenues. The trade avenue that we've looked hard into and also there are several free agent options out there too..." - Nationals' GM Mike Rizzo on plans after missing out on Ben Zobrist

Having missed out on their first target as they looked to add a (preferably left-handed hitting) second baseman, Rizzo and Co. in the Nationals' front office moved on to other options to fill their need.

"There are different avenues," he told reporters at the Winter Meetings. "The trade avenue that we've looked hard into and also there are several free agent options out there too. So we're looking to improves ourselves any way we can."

"In a perfect world, the lefty bat is important," Rizzo added. "But we want to improve our club. And the balance in the lineup is an aspect, but it's not something that's the end-all and be-all, we'd like to be more balanced, but if we have a quality player that improves our lineup and improves our club, then we certainly are going to look at all aspects of it."

The Nationals went after a right-handed hitting infielder next in the rumored trade for Cincinnati Reds' second baseman Brandon Phillips, who eventually took advantage of 10-and-5 no-trade rights to block a potential deal, with the 34-going-on 35-year-old infielder, who's owed $27M over the next two seasons, reportedly asking for an extension in order to accept any move.

Cincinnati Enquirer writer C. Trent Rosencrans wrote recently that when potential trades to the Nationals and Arizona Diamondbacks were discussed, "Phillips asked for more money in both cases to approve a trade, but in both cases, it was too much to get a deal done."

"You're talking about a guy that struck out the least amount in all of Major League Baseball last year. He's a professional hitter. Can fall out of bed hitting." -Mike Rizzo on Nationals' second baseman Daniel Murphy

Murphy, described by Rizzo after the deal was signed as a "supremely-talented, gritty, team-orientated player," was someone he said could help take Washington to the next level after seven seasons with the Nationals' NL East rivals from New York.

"You're talking about a guy that struck out the least amount in all of Major League Baseball last year," Rizzo said.

"He's a professional hitter. Can fall out of bed hitting. And he's shown it against us. He hits good pitchers. He hits lefties, righties, there's no splits."

"We love his attitude, his grit, and when the bright lights of not only New York City, but the major league playoffs come, he shines the brightest," Rizzo said when he introduced Murphy to the nation's capital. 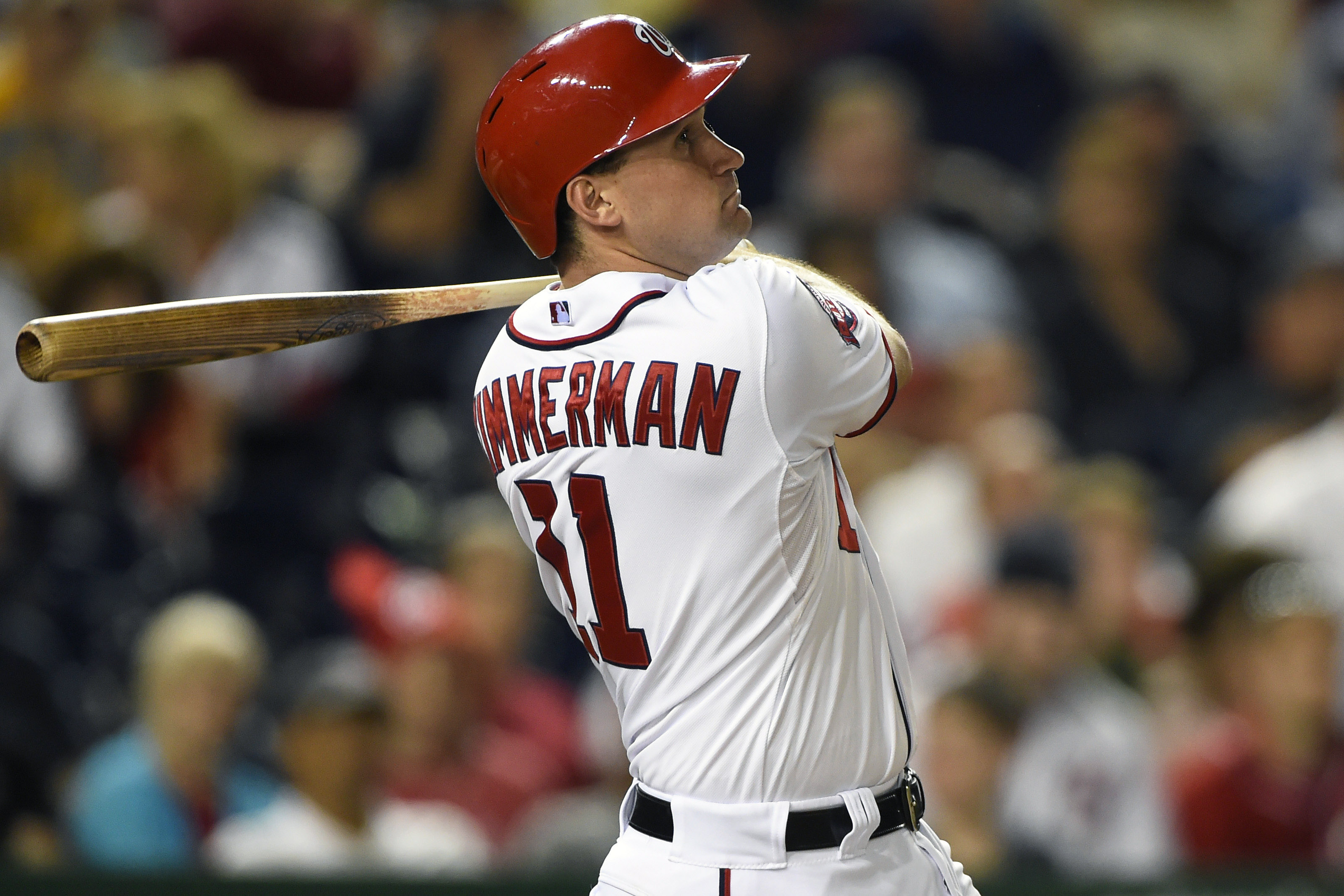 The Nationals added a left-handed, contact bat and a questionable glove, with the defensive deficiencies on Murphy's part something Rizzo acknowledged when he spoke about the signing.

"We take the entire package when we sign the player," he said. "We love the way Daniel gets after it. He works hard as a defender and as an offensive player. He's our second baseman, we're running him out there every day and you know, when you see a player play nineteen times a season for as many years as [I have] -- I've seen him make unbelievable plays at second base.

"He's obviously going to work extremely hard to be more consistent at second base, but as far as ability to play it and able to, and a big league second baseman, you're looking at him."