Blake Treinen struggled to keep his sinker down in the zone last season, especially against left-handed hitters and they made him pay for it. Will the Washington Nationals' reliever bounce back and figure things out with the help of his new pitching coach?

If he had not been traded to the Toronto Blue Jays last month, Drew Storen would likely have slotted in as the eighth-inning/set-up man in Washington's bullpen, but after Nationals' GM Mike Rizzo traded the right-hander, he talked to reporters about who might step into that role in 2016, after the Nats struggled to fill it last season?

"We’ve got several candidates internally, we feel, that can handle the role," Rizzo said, pointing to some of the new relief options added this winter like Shawn Kelley and Trevor Gott and some of the holdovers from 2015.

"He's a power arm. Throws 95-100 [mph] in a bullpen role with good sink and secondary stuff and pounds the strike zone and most importantly is not fazed or afraid to pitch in leverage situations..." -Mike Rizzo on Blake Treinen on 106.7 the FAN, Jan 2015

"Kelley has done it for a long time," he said. "Shawn has shown the propensity to set up [or] close in a major market like New York City. He filled in for [David] Robertson in 2014 and had 12 holds there and four saves.

"His leverage index of innings was well above average in ’14. He’s pitched extremely well in New York and in San Diego."

"So we feel good about that," Rizzo continued. "Some of the younger guys that we have, some impressive young arms -- the kid Gott that we received in the trade with the Angels -- his leverage index was above average last year, 35% of his appearances in his first year in the big leagues were in the seventh inning or later with a one-run or tie game.

"So this guy’s pitched in some big opportunities. Of course, we’ve got two of our own that we feel are going to be capable of pitching late innings and leverage innings in Blake Treinen and Felipe Rivero.

"And don’t forget, you’ve got [Yusmeiro] Petit who has obviously pitched a lot of big, meaningful innings in his career.

"So we feel good about where we’re at in the bullpen. We’ve got depth. We’ve got quality. We’ve got guys who have pitched in an array of roles in the back end of games."

Treinen, in particular, was one of two relievers (along with Aaron Barrett) Rizzo and the Nationals were hoping for big things from last winter, with Clippard dealt and opportunities available for the in-house options to potentially, "take the next step in their progression of their career and take more leverage innings."

"Blake has proven himself as a major league pitcher," Rizzo told 106.7 the FAN in D.C.'s Grant Paulsen and Danny Rouhier last winter.

Though they had not, at that point, decided if Treinen would start or relieve, Rizzo noted that he profiled as a late-inning relief option if that was where he ended up.

"He's a power arm. Throws 95-100 [mph] in a bullpen role with good sink and secondary stuff and pounds the strike zone and most importantly is not fazed or afraid to pitch in leverage situations during the game."

In 13 innings in situations defined as "High Leverage" by Fangraphs.com, opposing hitters had a .283/.340/.413 line against Treinen on the year.

"Obviously there were some issues with consistency against lefties. That to me is the biggest glaring issue that I need to fix." -Blake Treinen on struggles vs lefties in 2015

"Obviously there were some issues with consistency against lefties," he acknowledged this winter.

Asked if he'd identified any issues in particular that caused his issues with left-handed hitters, Treinen said it was more an issue of execution.

"You make good pitches some times and they put good hits on it," the 27-year-old reliever explained, "and then you make terrible pitches and they make you pay for it, so I think it's just a matter of knowing how to attack a little better and then executing those pitches."

Finding the consistency against lefties he needs to be successful, Treinen said was just a matter of time.

"I think it's just time and unfortunately it took me a little bit longer to get to that point and so I'm just looking forward to being prepared and showing the team that that's just one blip of a year and it's not going to be an issue anymore."

Treinen, and the rest of the Nationals' pitching staff will have a new coach to work with now that Mike Maddux took over for Steve McCatty this winter. He said he looked forward to the opportunity.

"And I'm excited to speak with him some more, pick his brain, just like every other pitcher is on this staff. So, our staff is pretty impressive right now and ready to move on, see where things are going this year."

"McCatty was great," he added. "He had so much to offer to all of us, but the business side of things, you bring in a great mind and there's probably going to be a lot of things they agree on and there are going to be other things that he's going to bring to the table that maybe we hadn't seen yet, so again, just looking forward to another opportunity with another great pitching mind."

Can Maddux help Treinen figure out his issues with lefties? Though he averaged 95.5 mph with his sinker, which did reach triple digits, opposing hitters had a .316 AVG against the pitch. Against his slider, however, they hit just .144. 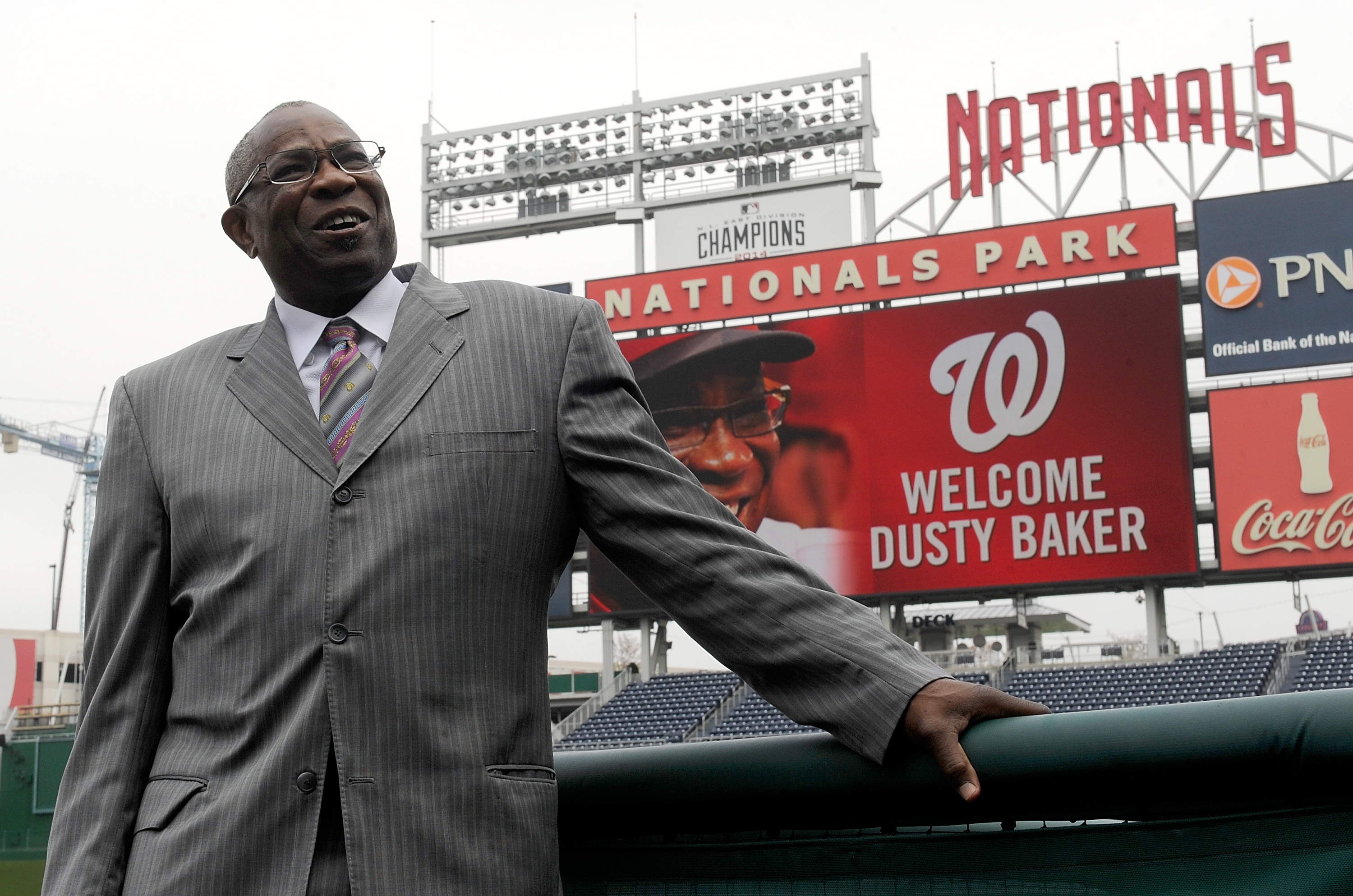 After Matt Wieters took Treinen deep for one of the four home runs he allowed this season (three of them hit by lefties), now-former Nats' skipper Matt Williams talked about the difference between the ground balls Treinen wants to get and the pitches up in the zone that end up leaving the yard like Wieters' two-run blast in September.

Can Treinen keep his sinker down and induce the ground balls and double plays he wants in 2016? What role will he play in the Nats' newly-configured bullpen?