Bronson Arroyo, working with what he has these days, threw three hitless innings and the Washington Nationals battled back to get within one run after seven, but they dropped a 4-3 decision to the Houston Astros in Space Coast Stadium.

Bronson Arroyo prepared like it was a start though he was the second pitcher to take the mound in his first outing last week in Grapefruit League action. Arroyo got through his first competitive outing since 2014 when he tore the UCL in his right elbow and underwent Tommy John surgery. Dusty Baker, now the manager with the Washington Nationals, talked to reporters after the outing, in which Arroyo gave up four hits, two walks and two earned runs, about what he saw from the right-hander he managed when both were with the Cincinnati Reds from 2008-2013.

"I didn't expect a whole lot more than that because he's always kind of a slow starter and he didn't have his breaking ball," Baker said.

"He can throw it almost any time he's ready. The main thing is he had decent velocity, and he pitched to some pretty good hitters."

"I think I learned that I feel relatively normal out there, kind of all the old stuff comes back," Arroyo said in a post-outing interview.

"But I'd like to get my breaking ball a little sharper and also I just need stamina. That's really what I need, is stamina.

"First inning I felt pretty crisp and then by the middle of the second inning, a little bit of fatigue started setting in and you start losing a little bit of command and that's due to the fact that I'm just not in shape to really go out there and throw 25 pitches in an inning. That's what we're trying to do here, that's what we're always trying to do this time of year but it's extra important for me being cut on."

Baker was asked what he's looking for from the 39-year-old veteran to let him know that Arroyo is healthy again.

"I'm looking for what I saw before," said. "You know what I mean? And it's been a couple years since I had him and a couple years since he pitched. And so I'll know it when I see it or if I don't see it and most of the time the hitters will let you know, but like I said, early in the Spring it's just too hard to judge guys, especially the older guys, cause they're not sharp and they don't get it as quickly."

In his second outing of the Spring tonight, Arroyo got off to a good start with three ground ball outs in a 12-pitch first.

The Astros went down in order in the second as well as Arroyo slow-balled them into submission, striking out two in an 11-pitch frame. 23 total after two. A 20-pitch, 1-2-3 third gave the veteran righty three perfect frames on 43 pitches.

That was it for Arroyo in an impressive-ish outing. Changed speeds, had hitters off-balance, got it done with what he had...

• Ben Revere's second double of the Spring was a hard-hit grounder by first off Astros' starter Collin McHugh. 6 for 11 so far in Grapefruit League action after his first at bat of the night. Revere singled the second time up as well, but was caught stealing on a high throw from 'Stros' catcher Max Stassi, breaking hte Nationals straight of 13 straight stolen bases to start the Spring.

• Danny Espinosa's sharp groundout in the Nationals' third left him 0 for 10 to start the Spring... which doesn't matter at all, until it does. A swinging K in the fifth left him 0 for 11 with 6 Ks so far...

• Trevor Gott sat around 92-93 on the rarely-reliable Spring Training gun and gave up a single and a two-run home run in the top of the fourth on a fastball belt-high inside to Astros' shortstop Marwin Gonzalez. 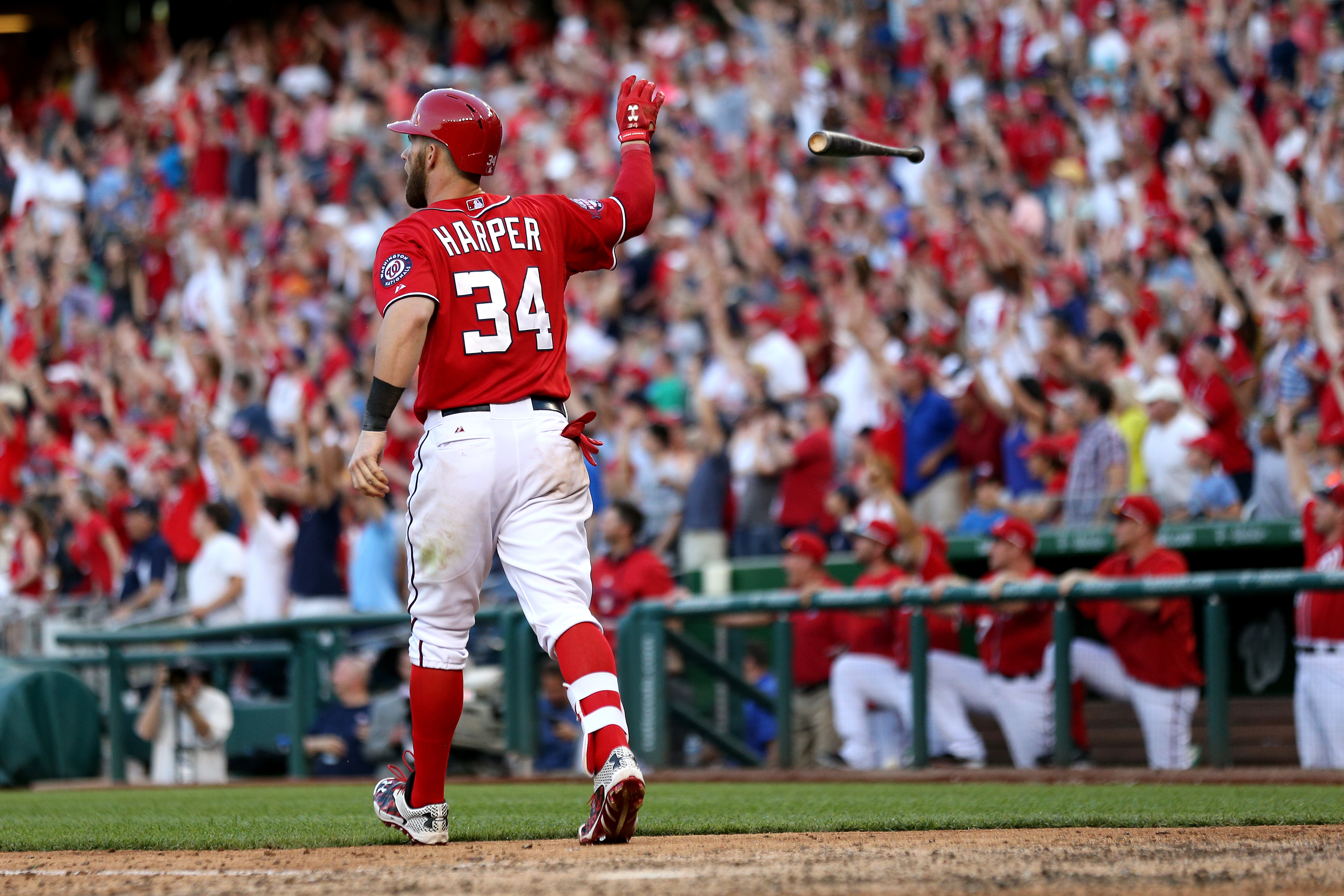 • Aaron Laffey recorded two Ks and retired the Astros in order in a quick top of the fifth inning. Nolan Fantana singled, took second on a wild pitch, third on a groundout and scored on a two-out, RBI single by Colin Moran that made it 3-0 Houston.

• Wander Suero took over with two on and one out in the sixth, and gave up a single to right on which Moran scored when the throw in from Matt den Dekker was up the line and the runner avoided the tag. 4-0.

Suero sat in the high 80s with most of his stuff, but threw a lot of junk up there and was deceptive, coming over the top, with his arm behind his back/leg late into his delivery.

• Tony Campana showed off the speed again, coming on as a pinch runner, taking third on a single and scoring on a Matt den Dekker fly to shallow center when the throw in was off line. 4-1 Astros.

• Matt Skole singled, moved up on a hit by Stephen Drew, took third on a passed ball and scored on a sac fly by Trea Turner, 4-2 and Jhonatan Solano drove in a run with an RBI single, but that's as close as the Nationals would get. 4-3 Astros final.