Nationals' Stephen Strasburg willing to listen to advice... how about listening to extension offer?

Washington Nationals' starter Stephen Strasburg was experimenting on the mound against the New York Mets on Friday, on the advice of new Nats' pitching coach Mike Maddux. Nationals' GM Mike Rizzo talked about a potential extension on MLB Network Radio...

Share All sharing options for: Nationals' Stephen Strasburg willing to listen to advice... how about listening to extension offer?

Stephen Strasburg told reporters after his second start of the Spring, that his goal, as usual, was to get weak contact from opposing hitters, which he did, for the most part, with the exception of the line drive double that New York Mets' outfielder Roger Bernadina hit off him in his final inning of work, which led to the only run he allowed in three innings on the mound in Space Coast Stadium.

Strasburg, 27, also said he was experimenting at times during his outing, working on some things that Washington Nationals' pitching coach Mike Maddux has suggested.

"Maddux really wants us kind of trying new things, which is great," he explained. "Never settle for where you're at and we're all trying to do that."

"Good pitchers I know are always trying something," Nats' skipper Dusty Baker told reporters, including MASN's Pete Kerzel, after what ended up a 9-5 Nationals' win.

"And the good hitters I know are always trying something," Baker continued, so the pitchers have to as well.

"Stras has been around ... a long time, but he's still very young. He's still kind of scratching the surface on what he may become."

"I'm trying to just work on little things," Strasburg said. "I think one thing to take away from this game that I need to work on is varying my time to home plate. That's something that I've been working on.

"I felt like I was kind of slower holding the ball, but I think that I can do better."

In 2015, his sixth major league season, the '09 no.1 overall pick struggled over the first few months after an ankle injury sustained in Spring Training led to back issues and altered mechanics, but after a DL stint, he straightened things out.

As he explained on Friday, however, there is always room for improvement.

"You're always trying to get better," he said. "Doesn't matter how long you play this game. I approach it the same way."

And he's always willing to listen to new voices who may be able to help him take the next step.

"It's all about trying to figure out what works for you," Strasburg said. "But you should always be open to whoever might have advice, even if it's a guy who doesn't have a day in the big leagues or a guy who's got fifteen years. You can pick up something from anybody."

Strasburg is heading into what could be his final season in the nation's capital if he and the Nationals can't work out an extension to keep him with the Nationals.

Nats' GM Mike Rizzo talked to MLB Network Radio hosts Jim Bowden and Jim Duquette yesterday about the chances that an extension is worked out to keep Strasburg in Washington.

"I think we're going to discuss signing him long-term," Rizzo said. "He's a big part of our franchise here. He's a guy that we drafted, signed and developed. We're very proud of what he's become and we think that he could be a long-term fit for us here."

Rizzo also reiterated that he thinks there are big things ahead for Strasburg in 2016.

"I look at it this way," Rizzo explained, "you take away those four months that he had -- the first four months he had in 2015, when he was nursing an ankle, which turned into a back and a scapula and that type of thing, this guy has been pretty darn good in his entire career. He's got a 3.09 ERA, he strikes out ten guys per nine, doesn't walk anybody and as you saw in 2014, took the ball for 200+ innings. 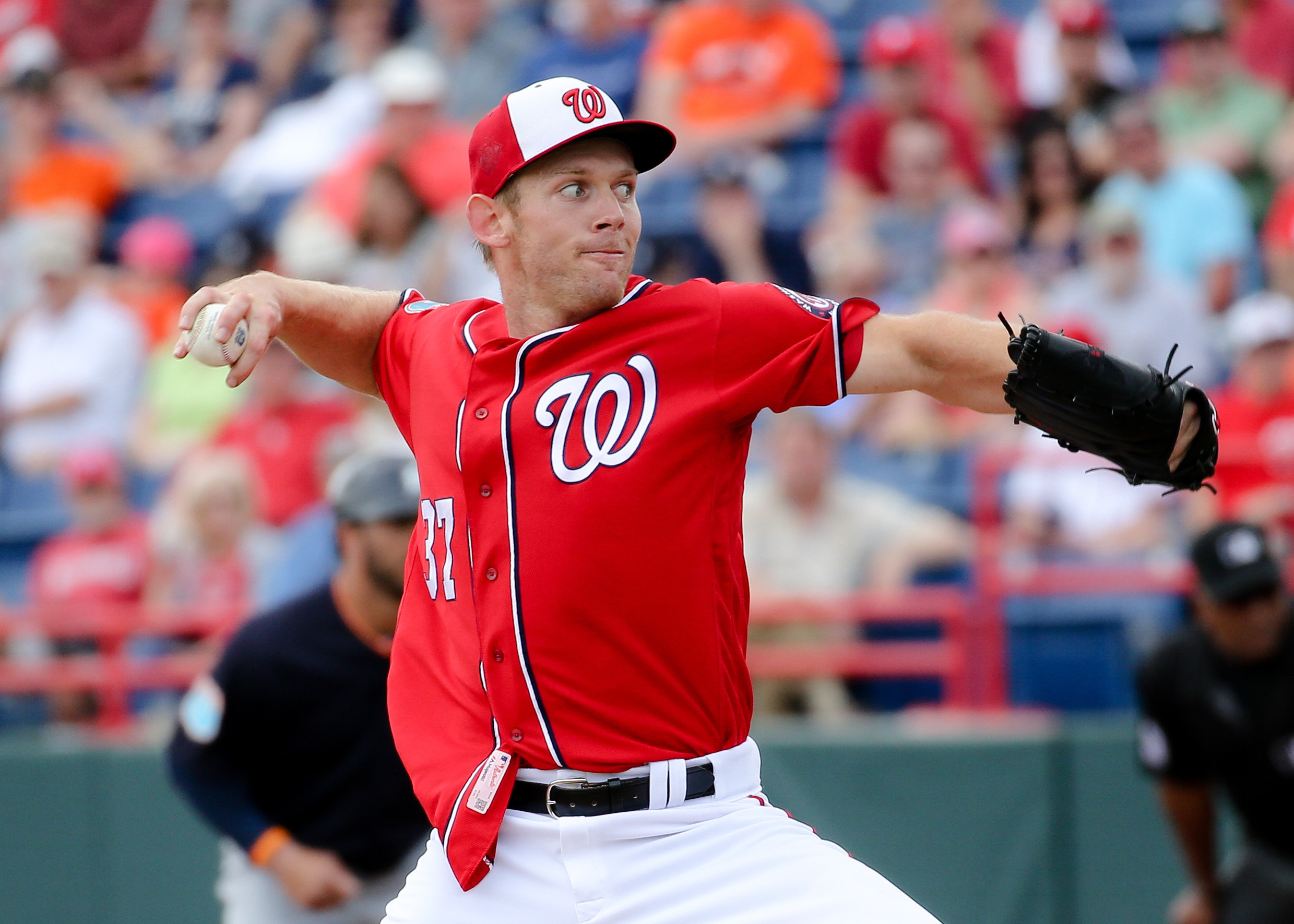 "To me, health is obviously a big factor with him. If he's pitching 200 innings, he's going to be an elite starting pitcher and he's a guy that we're going to ride and I feel really good every time he's on the mound. I think we've got a chance to win."

Will a big season in 2016 make it less likely Strasburg is willing to forego testing the open market, as agent Scott Boras likes to, to see what the market is in what is a relatively weak free agent pitching class?

As a pitcher who's undergone Tommy John surgery, would he be willing to sign an extension with the team that drafted, developed and rehabbed him, helping him get where he is, if they make an offer which Rizzo has said previously will be a "good, market-value" offer?