In Rizzo We Trust: Do the Washington Nationals agree? Will they keep Mike Rizzo in D.C.?

According to a Washington Post report this weekend, the Washington Nationals have until June 15, 2016 to exercise or decline a club option covering 2017-2018 for GM Mike Rizzo. Will the Nationals pick up the option or extend Rizzo... or let him walk after 2016?

Share All sharing options for: In Rizzo We Trust: Do the Washington Nationals agree? Will they keep Mike Rizzo in D.C.?

When Mike Rizzo spoke to reporters in early October about the decision to dismiss second-year skipper Matt Williams less than twenty-four hours after the conclusion of the disappointing 2015 campaign, a reporter asked the 55-year-old GM and President of Baseball Operations if he had heard anything from the Washington Nationals about the status of his own job?

"I think that they recognize the big picture," Rizzo said.

"We feel like we’re one of the really stable and good organizations and franchises in baseball.

"We feel like we’re one of the really stable and good organizations and franchises in baseball. We’ve won a lot of games over the last four or five years..." -Mike Rizzo on his own job stability, October 2015

"We’ve won a lot of games over the last four or five years. We’ve got a process in place that makes decisions well.

"We’ve put together scouting and player development staff that we believe is second-to-none. And I think the proof is in the pudding.

"We have a good, working relationship with the President of Baseball Operations — myself — and the ownership group," Rizzo continued.

"We have a trust for each other," he added, "and they are an ownership group that’s family orientated that we work very well together."

Rizzo, who made the transition from player to coach to scout, scouting director, assistant GM and eventually General Manager, took over as GM in the nation's capital in 2009 when Jim Bowden resigned.

Rizzo was hired as the full-time General Manager that August, after serving on an interim basis, and signed to a 3-year extension in October 2010 on a deal that included club options for 2014-15.

He signed an extension in August of 2013 and was given the title of GM and President, Baseball Operations.

The two-year deal included one club option covering 2017-18, which Washington Post writer Barry Svrluga noted this week, must be exercised or declined by June 15, 2016.

"According to major league sources," Svrluga wrote, "Rizzo’s contract has a June 15 deadline to pick up a two-year option that would keep him in Washington through the 2018 season. So if this seems like an important season for the Nationals – what with the disappointment of last year still fresh – it is, from the top on down."

The WaPost reporter laid out what he thought the three possibilities were going forward:

"[T]he Lerner family, which owns the club, picks up the option as it is, and Rizzo keeps his job going forward under his current deal; the Lerners take the spring to negotiate a new, longer-term deal with Rizzo; or – and this seems unlikely – they pass, and Rizzo becomes a lame duck over the second half of the season, with the franchise’s future uncertain."

Rizzo declined to comment on the situation for the WaPost report.

"I embrace expectations. I had it the other way for years and I didn't like it that much. Expectations are a byproduct of being a really good team and having a good franchise and a good organization..." -Mike Rizzo on embracing expectations

Principal owner Mark Lerner told Svrluga, "It's early," and "... said he expected that when the team came north for the season, the Lerner family would huddle with Rizzo. The tenor: something will get done."

Svrluga spent the rest of the article laying out the history of the work Rizzo has done to transform the organization since he took over as GM.

Svrluga's colleague at the Washington Post, columnist Thomas Boswell, discussed the situation in a chat with readers on Monday.

"If it were me," Boswell wrote, in response to a question about how the situation will play out over the next few months, it would already be taken care of:

"I'd have picked it up before now -- whether it's 'necessary' or not. Rizzo's made ONE bad move in eight years -- Matt Williams. It was bad -- a major factor in two lost 'window' season[s]. But Matt was MOY with 96 wins, too. So if that is your WORST decision...

"Otherwise, Rizzo is the MVP of the operation, especially since they lost [Stan] Kasten. As I mentioned last week, there'd be a line around the block if he were free. The only question is when do you pick up the option -- now or after you see how the season goes. (Now.) And do you try to extend it now -- when Rizzo might appreciate it. (Yes.)"

Some would argue, or at least mention the possibility, as Svrluga noted, that the trade for Jonathan Papelbon might be another bad move on that list, but anyone who has followed this franchise since 2005 and watched as Rizzo and Co. in the Nats' front office transformed it from a perennial doormat to an annual contender and winner of two division titles in the last four seasons with a well-regarded minor league system that has produced talent for the major league roster and for trades that have allowed them to acquire what they needed, has to recognize the fact that he has done all that could be expected of him outside of bringing a World Series championship to the nation's capital.

Will the Nationals pick up the option to guarantee Rizzo continues doing his job through 2018? Will they extend it past that point with a long-term deal? The Lerner family won't let Rizzo walk, will they? 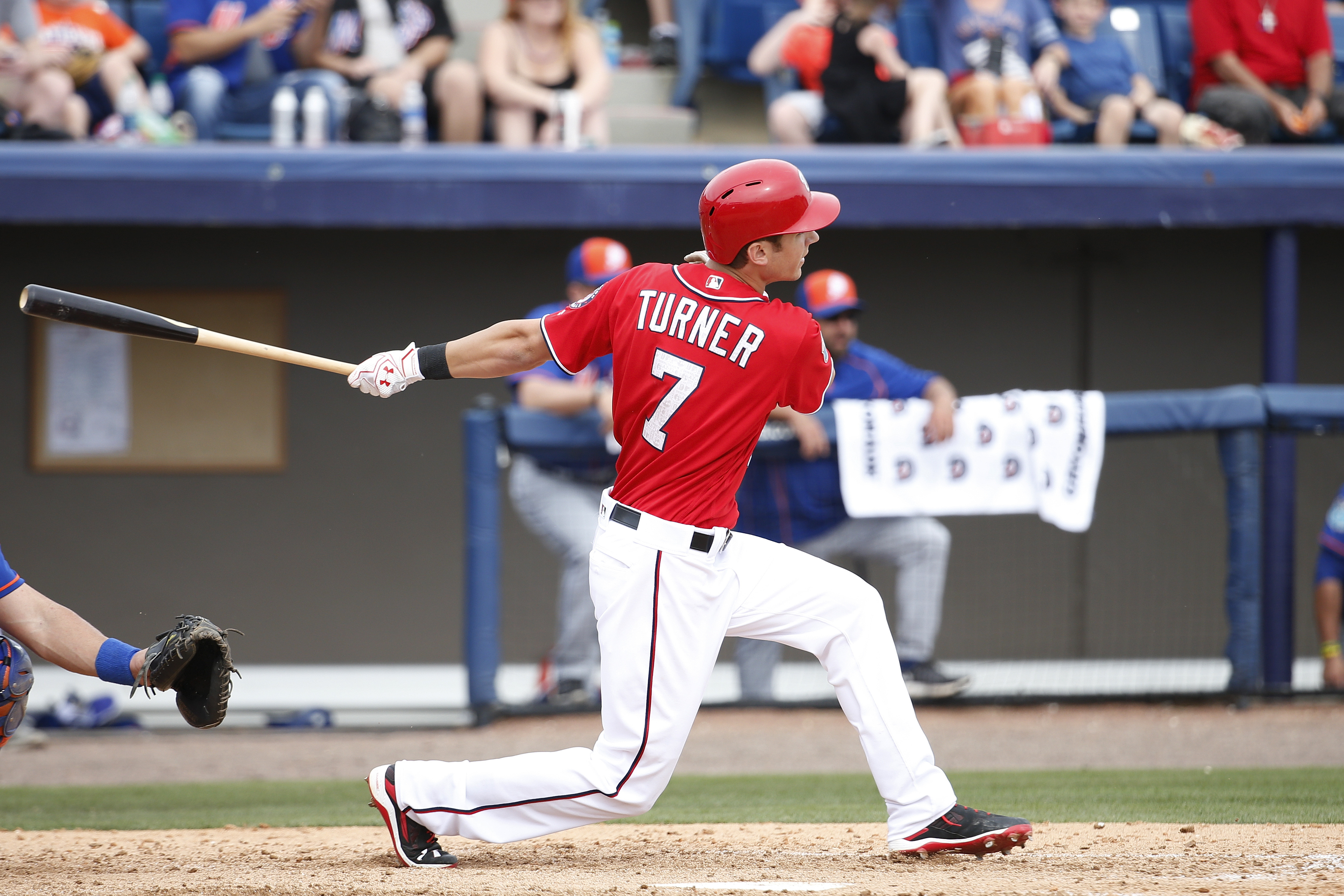 In an MLB Network Radio this week, Rizzo talked about the state of the organization and the high expectations going into the 2016 campaign?

"I embrace expectations," he said. "I had it the other way for years and I didn't like it that much. Expectations are a byproduct of being a really good team and having a good franchise and a good organization and being able to just kind of recycle players through your minor league system to the big leagues which helps you control payroll and keeps you being a vital franchise and a team that can compete over the years.

"We don't want to be one-and-done or two and done, we want to kind of sustain this thing long-term and be a team that is recognized as one of the great franchises that are competitive over the long haul."