Washington Nationals' lefty Gio Gonzalez walked four batters for the second straight start, but was far more efficient this time out, throwing a total of 68 pitches in four innings against the Houston Astros in what ended up 6-4 Nationals' win.

Gio Gonzalez needed 60 pitches to get through 2 ⅔ innings last time out in his second start of the Spring. Gonzalez gave up two hits, four walks and four runs, two earned in what ended up an 11-4 loss to the Detroit Tigers.

Washington's lone left-handed starter talked after the outing about continuing to work on incorporating some of the mechanical changes new Nationals' pitching coach Mike Maddux has suggested early this Spring.

He said he didn't put it all together on the mound that afternoon, however.

"Someone said, it's a lot easier to hit your target when you're looking at it instead of -- it's hard to hit something you can't see." -Gio Gonzalez on focusing on his target throughout his delivery to MASN's Dan Kolko

"Like Mike was saying, the less they see of you the better, and going out and showing them 60 pitches in three innings, 2 2/3, that’s not good," Gonzalez told reporters, as quoted by The Washington Post's Chelsea Janes.

Gonzalez discussed what it was that he and Maddux were trying to do together in an interview with MASN's Dan Kolko this past Sunday, which includes the southpaw focusing and looking at his target throughout his delivery whereas he previously looked down as he began his windup.

"As far as what his game plan is with me, I feel like we're both on the same page," Gonzalez said.

"He has a great idea of just picking up your target, staying longer on the target where -- someone said, it's a lot easier to hit your target when you're looking at it instead of -- it's hard to hit something you can't see."

Gonzalez, who appeared to be looking down at his feet as he began his delivery and only picking up his target late, started behind the first batter he faced, 3-0, but got a groundout to third and retired the next two batters as well in a quick, 13-pitch, 1-2-3 first.

Gonzalez seemed to be picking up his target earlier in his delivery in the second, though we haven't seen enough video of his delivery this Spring to notice how much he's actually changed.

Carlos Gomez reached on an error by Daniel Murphy at first in the first at bat of the Astros' second. Murphy made a nice diving play on the grounder, but his backhand toss to the covering pitcher was not even close.

Given a 3-0 lead to work with, Gonzalez issued a one-out walk to Jason Castro in the Astros' third, but got Eury Perez swinging with a filthy 1-2 curve. A two-out walk to George Springer put two runners on, but a groundout to second from Alex Bregman ended a 24-pitch frame that left Gonzalez at 48 total.

Gonzalez left an 0-2 fastball up in the zone for Marwin Gonzalez in the first at bat of the Astros' fourth and it ended up sailing over the left field fence for a solo blast that made it 3-1 Nationals.

Luis Valbuena hit a first-pitch fastball to right and off the top of the wall with one down, for a double. Matt Duffy walked to put two on with one out, and Gonzalez fell behind the next batter, Tyler White, 3-0, before walking him with his 65th pitch. Jason Castro stepped in next, but lined out to the mound, allowing Gonzalez to take the second out at third for an inning-ending 1-5 DP. 68 pitches total after a 20-pitch frame.

• Danny Espinosa, still in search of his first hit of the Spring, tried to bunt his way on in his first at bat against Astros' starter Collin McHugh and Espinosa made an ill-advised headfirst dive into first base on the play. 0 for 15 so far.

• Michael A. Taylor singled, took second on an errant pick attempt and moved to third on a groundout, but he was stranded there when Stephen Drew K'd swinging way out in front of a two-strike change and Scott Sizemore K'd swinging over an 0-2 curve.

[ed. note - "Cue witty tweets on Dusty Baker not liking that from everyone who read his comments on Ks with RISP yesterday."]

• Nats' backstop Pedro Severino and today's left fielder Tony Campana hit back-to-back singles through short off McHugh in the top of the third.

[ed. note - "The single in his first at bat left Pedro Severino 7 for 12 this Spring to that point."]

Danny Espinosa (0 for 2 today, 0 for 16 overall this Spring) bunted into a force at second for the first out of the inning, but Daniel Murphy got hold of a hanging slider and hit a two-run double into the right-center gap. 2-0 Nationals.

Murphy scored on a two-out, RBI double by Michael Taylor, 3-0.

• A walk to Stephen Drew, a double by Scott Sizemore (1 for 2 today, 9 for 21 total after the hit) and a walk by Pedro Severino loaded the bases with no one out in the fourth, but Tony Campana lined out and Espinosa struck out on a 1-2 fastball (0 for 17, 8 Ks) before Astros' skipper A.J. Hunch went to the pen for Tony Sipp vs Daniel Murphy.

Murphy took two curves to fall behind, 0-2, and popped out to end the inning. Bases loaded, 0 outs = no runs. [sigh]

• Burke Badenhop took over on the mound in the fifth, walked the first batter and hit the second and walked the third, loading them up with no one out. Marwin Gonzalez singled to center to bring in a run, 3-1.

Carlos Gomez grounded into a 1-2-3 DP in the next at bat, and Luis Valbuena grounded out to first to keep the Nats in the lead. 3-2.

• Sean Burnett gave up a two-out walk in the sixth, but caught Eury Perez looking for out no.3. Still 3-2 Nationals.

• Jayson Werth struck out in the top of the seventh, leaving him 0 for 4 with 4 Ks today -- aka A Golden Sombrero. 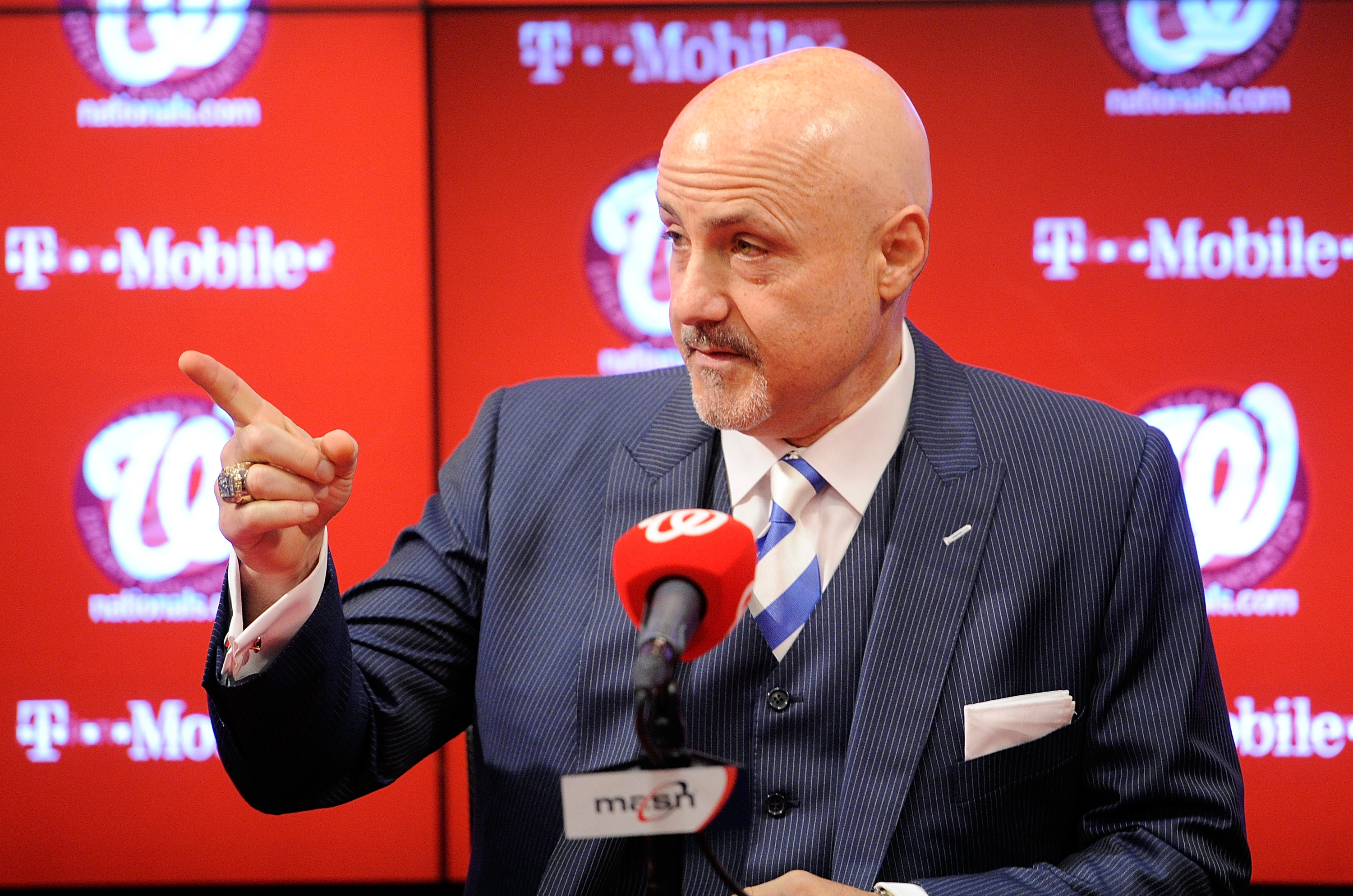 • Lucas Giolito worked around a leadoff single in a 10-pitch seventh and came back out for the eighth, striking out Jon Singleton with a 2-2 fastball low and away for the first out. Giolito missed up high with a 3-1 fastball, issuing a one-out walk to Collin Moran. He got up 1-2 with a diving 1-1 change to Astros' prospect A.J. Reed and got a swinging K with another changeup. Two down. He fell behind Nolan Fontanta, 3-0, and missed with a full count pitch, issuing a two-out walk that put two on. Eury Perez got up 3-1 and singled to center to bring the tying run in, 3-3. Preston Tucker worked the count full and lined a 3-2 change to right to bring in the go-ahead run on Giolito's 31st pitch of the frame.

• Brendan Ryan singled to short and scored on a grounder to center by Jhonatan Solano when Eury Perez misplayed it, 4-4. Trea Turner doubled to right to send Solano around to third and both runners scored on a double to right by Clint Robinson. 6-4. Aaron Laffey worked a scoreless ninth to end it.