Dusty Baker is going to find at bats for Washington Nationals' outfielder Michael Taylor. And don't tell "International Bake" that you like Taylor more than he does, because you don't. Baker has talked Taylor a lot recently. Taylor is crushing this Spring.

Share All sharing options for: Don't tell Dusty Baker you like Nationals' outfielder Michael Taylor more than he does

Bowden started by saying that if it was up to him, Michael A. Taylor would start in left with Ben Revere in center, Bryce Harper in right and Jayson Werth as the fourth outfielder.

"I like Michael Taylor better than you do..." Bowden began.

"I don't want to move everybody in the outfield around all the time. So on days that Jayson wouldn't play, then I'd put Revere in left and Michael in center." -Dusty Baker on how he plans to use his outfielders

"Oh, I do. Because he starts for me in left field with Revere in center and Jayson Werth is my fourth outfielder..."

"And we've got to cut down the strikeouts, big time and, and--- " Baker interrupted.

"No, no, I understand," Baker said, "but you can strike out anywhere in the order. It doesn't matter if you're going to strike out. But we're trying cut that down.

"And, you know, you come over here and make Jayson Werth, one of the leaders of this team, a fourth outfielder... you know what I mean?"

"I'm just saying, I know you understand, but it's easy upstairs to say, 'Okay, we're going to do this and do that..."

"... but you can't come in and upset the whole apple cart in the beginning."

Michael A. Taylor may start the season as the Nationals' fourth outfielder, but will he end the season starting in left field... or maybe in center with Revere in left?

"It's easy upstairs to say, 'Okay, we're going to do this and do that...' but you can't come in and upset the whole apple cart in the beginning." -Dusty Baker on the idea of making Jayson Werth a fourth outfielder

Will Jayson Werth be able to stay healthy? If he does, where are the Nationals going to find at bats for Taylor?

"When you have four quality outfielders and a couple other guys that are really good players, that’s the mark of a good team. You gotta have depth, and we certainly have depth."

Seriously though, don't tell Dusty Baker you like Michael Taylor more than he does.

He talked about the 24-year-old outfielder again today, before and after Taylor hit a three-run blast off Marlins' left-hander Wei-Yin Chen that ended up being the difference in Washington's 4-2 win over Miami.

Before the game, Baker talked about how the outfield rotation might work. He was asked if Taylor was likely to play in center when he does start?

"I don't want to move everybody in the outfield around all the time," Baker explained. "So on days that Jayson wouldn't play, then I'd put Revere in left and Michael in center.

"Revere is an outstanding center fielder, he just doesn't have the arm strength like Michael Taylor has, so I'd probably move him that way and [Harper] is going to play most days, so, like I said, that's a very valuable asset to have." 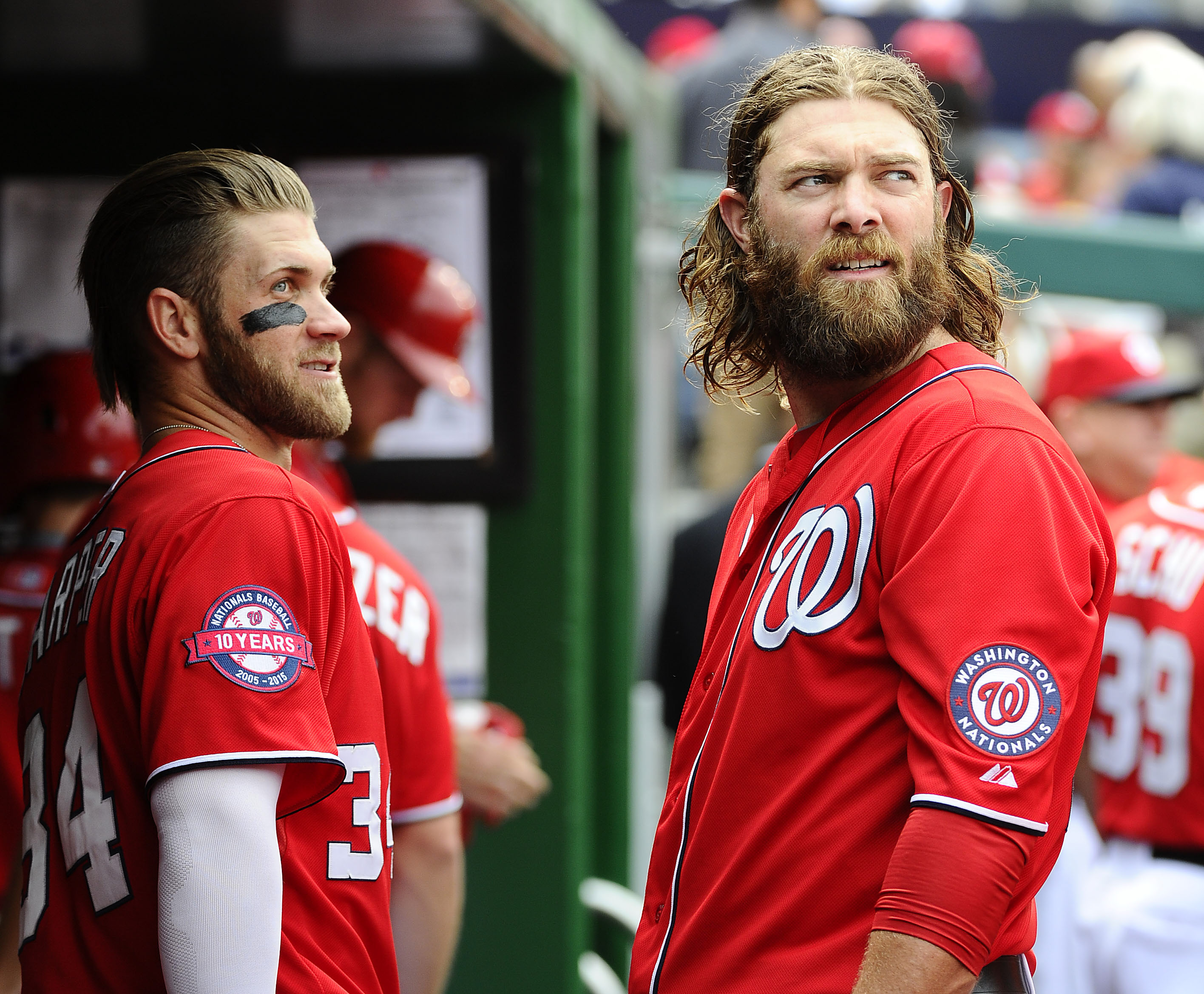 Taylor, who ended up playing more than expected last season, by GM Mike Rizzo's estimate about a half a season earlier than he would have liked because of injuries to Denard Span, has been doing everything he can to prove his value this Spring, with his 1 for 3 day today leaving him 11 for 26 (.423/.464/.769) with three doubles and two home runs so far in Grapefruit League action.

"The other way seems to be his power," Baker said.

"That tells me that that's his stroke," he said of Taylor's opposite field power.

"Now we have to teach him to lay off the high fastballs and he's learning. He's learning a lot."