Stephen Strasburg made his third start of the Spring this afternoon in Viera, Florida's Space Coast Stadium where the Washington Nationals took on the Atlanta Braves in Grapefruit League action. Strasburg struck out four in four innings of what ended up 9-7 win.

Stephen Strasburg struck out five batters, gave up two hits, one a two-run home run, a walk and two earned runs in two innings in his first start of the Spring against the Detroit Tigers.

In his second outing in Grapefruit League action, Strasburg gave up three hits, two walks and one earned run in three innings against the New York Mets.

Strasburg, 27, talked after the start against Washington's NL East rivals about working on some things new Nationals' pitching coach Mike Maddux suggested as he prepares for the 2016 campaign.

"Doesn't matter how long you play this game. I approach it the same way. It's all about trying to figure out what works for you, but you should always be open to whoever might have advice..." -Stephen Strasburg on his willingness to take advice

"I'm trying to just work on little things," Strasburg explained. "I think one thing to take away from this game that I need to work on is varying my time to home plate. That's something that I've been working on. I felt like I was kind of slower holding the ball, but I think that I can do better."

Dusty Baker admitted after the start that he didn't really have a frame of reference for Strasburg to say how the little things he was working on were going, though he applauded the work the right-hander was doing.

"I didn't really know much about Stras, other than the couple times we had faced them," Baker said. "Good pitchers I know are always trying something."

"They're trying to improve on -- like say on their first pitch efficiency," Baker told reporters. "Trying to improve on their pickoff moves, holding runners, and when you're young -- Stras has been around, you've heard his name a long time, but he's still very young. And he's still kind of scratching the surface on what he may become.

"I remember when Dave Stewart was struggling and he got released from the Phillies [after he was traded by] Texas and he couldn't figure out it out. He knew he was better than that, then he came up with a third pitch. He went to the A's and he had [pitching coach] Wes Stock and he came up with a third pitch and he learned to control it going one way or the other and then he won 20, what... four years in a row, just by having one pitch it kind of opens the door to everything so I urge everybody to try something different."

"You're always trying to get better," Strasburg said.

"Doesn't matter how long you play this game. I approach it the same way. It's all about trying to figure out what works for you, but you should always be open to whoever might have advice, even if it's a guy who doesn't have a day in the big leagues or a guy who's got fifteen years. You can pick up something from anybody."

In his third start of the Spring, Strasburg took on Atlanta in Space Coast Stadium this afternoon, striking out the first two batters he faced before first baseman Freddie Freeman, who's 12 for 36 (.429/.500/.821) with two doubles and three HRs off Strasburg in regular season action, took him deep for a solo blast that put the Braves up 1-0 early.

You don't like Michael Taylor more than Dusty Baker does 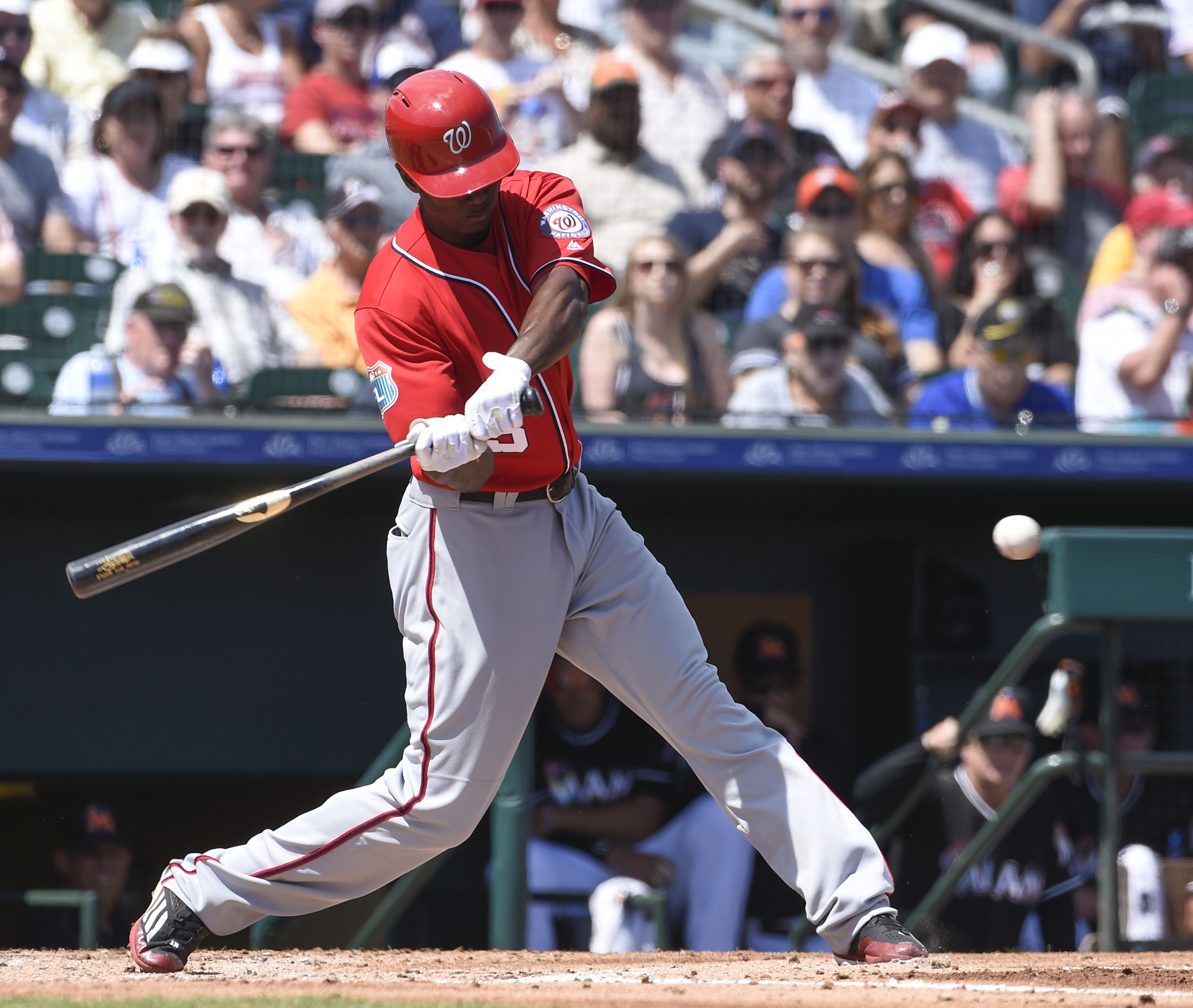 A two-run blast to center by Ryan Zimmerman put the Nationals up, 2-1 after one, and Strasburg worked around a leadoff ground-rule double in the second for a scoreless frame, but according to reports from Viera, he gave up the lead in a 20-pitch third in which he gave up leadoff and one-out singles and a base loading walk before a sac fly to right brought in the tying run, 2-2.

In his final inning of work in the fourth, Strasburg worked around a two-out walk and single, striking Ender Inciarte out to end the frame.

Bryce Harper walked, stole second, took third on a single by Zimmerman and scored on a sac fly by Anthony Rendon to put the Nationals up 3-2 in the fourth, but Freddie Freeman's second home run of the game put the Braves back up 4-3 after four and a half innings and they added runs on an RBI single by Emilio Bonifacio and Ozzie Albies in the sixth and seventh innings, respectively, 6-3.

The Nats bashed their way back into the game, however, with Jayson Werth (solo homer) and Wilson Ramos (two-run home run) tying it up, 6-6, and after Braves' shortstop Dansby Swanson broke the tie with an RBI single in the seventh, 7-6, Chris Heisey hit a three-run, walk-off home run to give the Nationals a 9-7 win.