Atlanta Braves' first baseman Freddie Freeman took Washington Nationals' starter Stephen Strasburg deep in the first inning this afternoon, but the Nats ended up winning the Grapefruit League matchup and Strasburg was happy with his work on the mound.

I think, at this point, it's fair to say that Freddie Freeman sees Stephen Strasburg pretty well, though Strasburg is not the only pitcher in Washington that Freeman owns.

"Kind of a toss up, ball/strike, good take out of him and I didn't want to show him too much and he put a good swing on a heater away..." -Stephen Strasburg on Freddie Freeman hitting a home run off him today

"He's smart, he uses the whole field," first-year Nationals' skipper Dusty Baker told reporters including MLB.com's Bill Ladson, after Freeman went 2 for 2 with two homers and a walk this afternoon against the Nationals in Space Coast Stadium.

"Hopefully we can get him out a little better than we have in the past. I've heard he's hit us harder than anybody in the league."

Freeman took Strasburg deep to left-center for the first of his two home runs today after the Nationals' '09 no.1 overall pick struck out the first two batters he faced in the opening frame.

"Sometimes you've got to tip your cap," he told reporters. "I felt like I executed some good pitches earlier in the at bat.

"Kind of a toss up, ball/strike, good take out of him and I didn't want to show him too much and he put a good swing on a heater away and in this ballpark it's probably going to get out."

Freeman took new Nationals' reliever Yusmeiro Petit deep in the fifth for his second home run of the game and his fourth of the Spring.

Strasburg's day and his third start in Grapefruit League action ended after four innings and 74 pitches. He gave up a total of five hits, two walks and two earned runs, striking out four batters to give him 10 Ks total in nine innings so far this Spring.

Strasburg said he was happy with the outing overall, in which he labored a bit but got in his work.

"I feel like I threw a lot of strikes, working on some things out there, able to get out of some jams," he told reporters.

After his last outing, the '09 no.1 overall pick talked about the little things he and new Nationals' pitching coach Mike Maddux are working on this Spring as he tries to fine tune his game before the start of the season.

His time to the plate and tempo were two one of those things he talked about working on and he said today he thought his delivery with runners on was a bit slow. 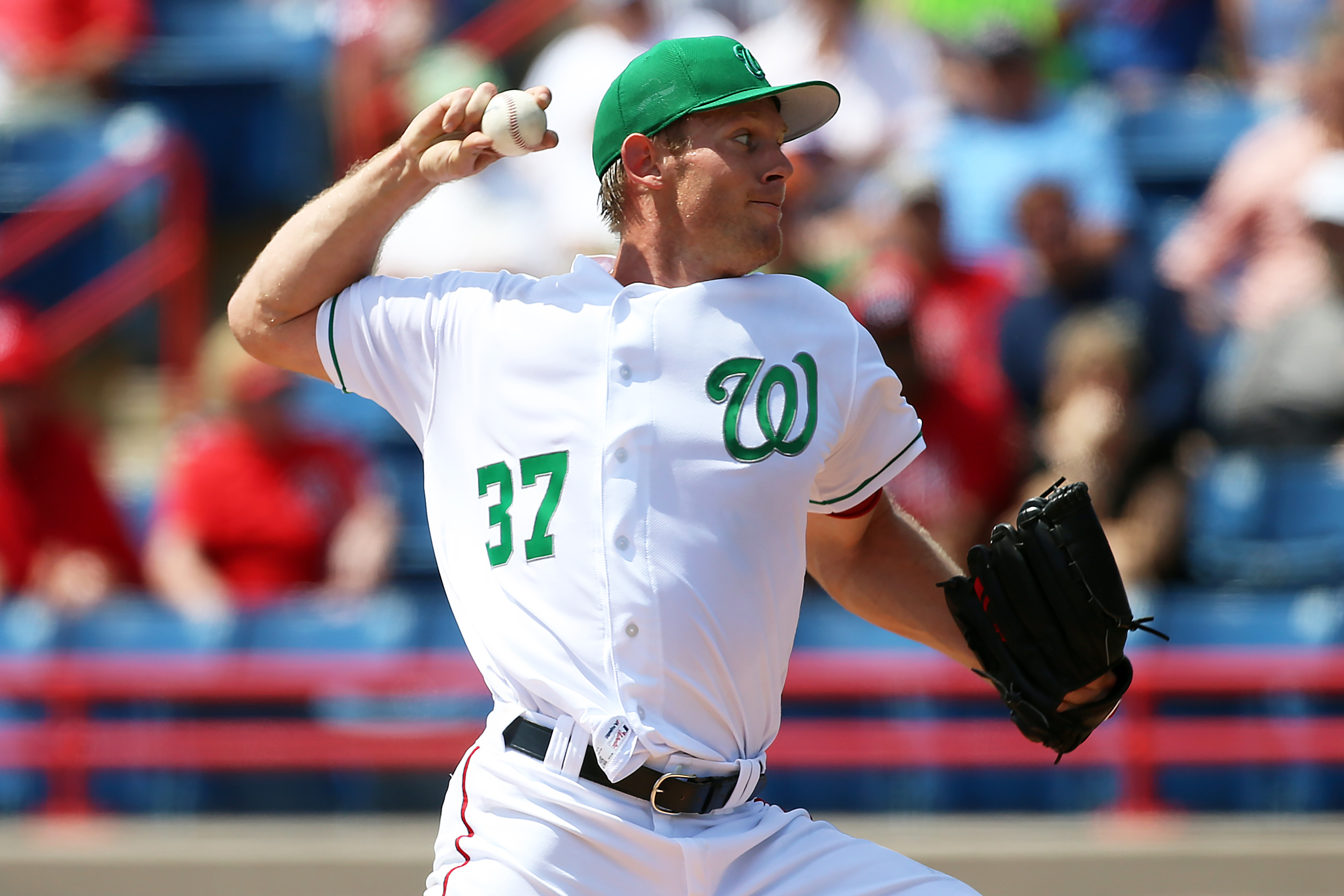 "Windup felt good," Strasburg explained. "Felt there [were] times out times out of the stretch where I might have been a little too slow. I feel like I'm trying to slow the game down and vary my holds and stuff like that, but I'll have to talk to Mike about it, maybe it just felt really slow to me."

Strasburg said his focus now is on building up arm strength and stamina with Opening Day and his first start of the season just a few weeks away.

"I'm doing a great job with that," he said of building up endurance.

"Obviously throwing a lot of pitches there, but it was a grinder, they put some good at bats, so those are the things that you want to kind of get through now so you're kind of battle-tested during the season."