Believe it or not, not everyone has spent the winter obsessing over the Washington Nationals' Hot Stove deals and signings. So over the next few weeks, with Opening Day approaching, we'll reset the table and catch everyone up. Up first, the bullpen.

Washington Nationals' General Manager Mike Rizzo talked all winter about his goal of improving the bullpen which was an issue for the Nationals in 2015. In an interview on the MLB Network in early November, he discussed the need to make changes to the Nationals' relief corps which figured to be a significantly different group of relievers in 2016.

"We need to get deeper," Rizzo said.

The first big move was a trade that sent Yunel Escobar to the Los Angeles Angels in return for right-handers Trevor Gott and Michael Brady. In a recent interview on MLB Network Radio, Rizzo explained the thinking behind that deal which netted the Nationals two hard-throwing, controllable right-handers in return for Escobar, a sell-high candidate after a big offensive year in his first season in D.C. following the trade that brought him over from the Oakland A's in return for Tyler Clippard.

The decision to deal Escobar brought in relief help and cleared a spot at the hot corner for the Nationals' 2011 1st Round pick.

"Really the Trevor Gott/Escobar deal was kind of predicated by -- I needed to get Anthony Rendon back to third base," Rizzo said.

"Escobar was a great teammate and a great player for us, one of our best hitters, but we felt that moving him at this time was most beneficial for us, best return on the players that we would get back and allowed us a spot to not only to improve our defense but to get Rendon more comfortable in his position."

In Gott, the Nationals ... got... a reliever Rizzo said could end up being an important part of the back end of the bullpen.

"He's got mid-to-upper 90s velocity. He's got good movement on his fastball. We took a good look at his delivery and the way he attacks hitters and it was something that we really liked and we think that he's going to be a major factor for us, not only this year, but down the road too."

That was just the first move in the planned bullpen rebuild.

"So, the Trevor Gott deal and Michael Brady we got for Escobar, then we went out and kind of looked for the non-elite relievers in the market," Rizzo explained last week in the MLB Network Radio interview.

"With Blake Treinen and Felipe Rivero and that type of group... we feel that we've got not only good power swing and miss bullpen type of guys, we've got great depth..." -Mike Rizzo on MLB Network Radio on the Nationals' bullpen depth

"We've liked him for years. He's been a guy since New York that I've had my eye on. He had a terrific year there in San Diego. He's a guy that has been in the bright lights of New York City and pitched well there and guy that we think could be a good bridge to [Jonathan] Papelbon in the ninth. And with those two new acquisitions, we went out and got an old school veteran like [Oliver] Perez who we feel that can not only neutralize left-handers but can pitch to right-handers when we have to."

A few days after inking Perez, the Nationals signed free agent righty Yusmeiro Petit, a long-reliever who could potentially take over the role Craig Stammen filled for several seasons in D.C. before he was injured in 2015 and non-tendered early last December.

Drew Storen was deal to the Toronto Blue Jays after months of rumors that one of the Nationals' late-inning options might be dealt.

It was Storen who went, and Jonathan Papelbon, whose first few months in D.C. did not go well, remained in the nation's capital as the closer, after being acquired at the trade deadline last July.

The additions of Gott, Kelley, Perez and Petit gave the Nationals a significant makeover, and a number of options to go along with the holdovers in the bullpen.

"We also see the young players that we feel are going to step up for this year," Rizzo said, "with Blake Treinen and Felipe Rivero and that type of group and we feel that we've got not only good power swing and miss bullpen type of guys, we've got great depth that we can go to the minor leagues when we need to because you never have enough pitching."

What's left now is for new manager Dusty Baker to make the decisions about how each piece will fit once the regular season gets underway.

He told reporters on Monday that he's not yet ready to make any announcements and he knows he has some difficult decisions to make.

"I couldn't say even if I knew," Baker said, "because that would kill the desire of whoever else.. it wouldn't be fair to them."

He did, however, consider the possibility of keeping three left-handers in the bullpen when a reporter asked about the Spring that veteran lefty and former National Sean Burnett is putting together after signing a minor league deal as he attempts to return from his second Tommy John surgery.

"He's looked very good," Baker said. "That doesn't surprise me. If Burnett was healthy, he was one of the best around before he got hurt."

So about the possibility of three lefties? Baker explained that it's something he's thought about and wanted to do for years.

Jonathan Papelbon returns as the Nationals' closer, apologizes to fans 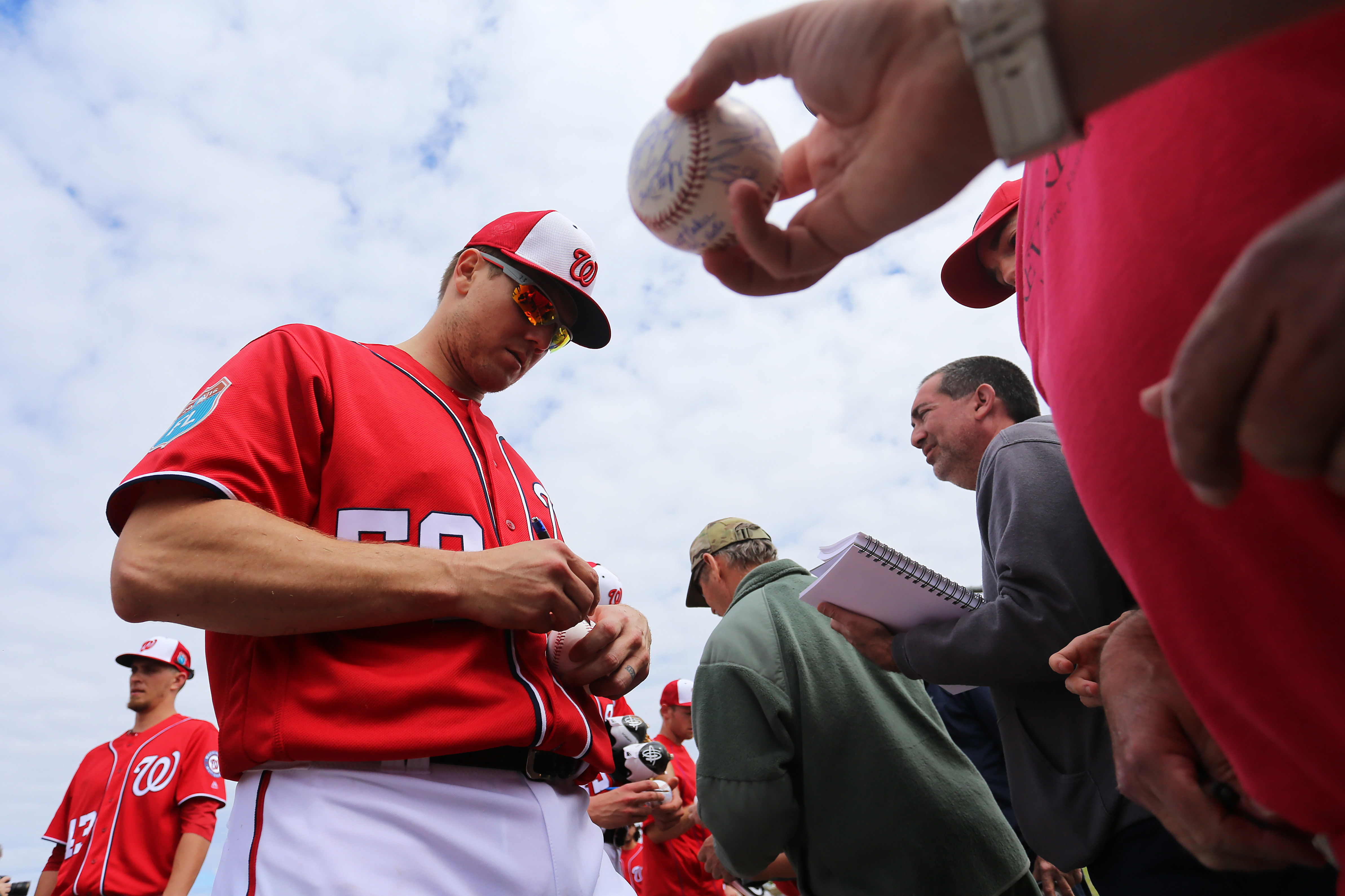 "But I just never had that luxury to do that. Like I said, we've got some tough decisions to make and probably take them to the wire and I'm sure [there are] some people out there in other organizations who are licking their chops on who we don't keep."

Rizzo has given his new manager a number of options to choose from when the decisions on the Opening Day roster have to be made. Whatever choices Baker makes, the 2016 bullpen is going to be significantly different from the 2015 pen.